Last week, I worried that Nancy was drifting to the dark side of her Hudson grandparents. This week, Carson reaffirms who she is, the “better angel” that he and Kate hoped her to be. It’s also an episode that starts with a fairly normal premise for the show, then becomes something much more than that.

Specifically, it starts with Carson and Nancy celebrating her fake birthday, the birthday that Carson and Kate picked out for her. Kate, a big fan of Abraham Lincoln, not only gave Nancy the same birthday as the Gettysburg Address (November 19), but also named Nancy after Lincoln’s mother. Didn’t she die of milk sickness?

Anyway, they’re just getting into it when there’s a knock at the door. Nancy is perturbed at first, thinking that Carson invited over her friends. I’m not sure why she’s being so sour. But whatever the reason, I’m sure she wished that it were her friends, because it’s actually Detective Tamura, coming to arrest her for contempt of court. 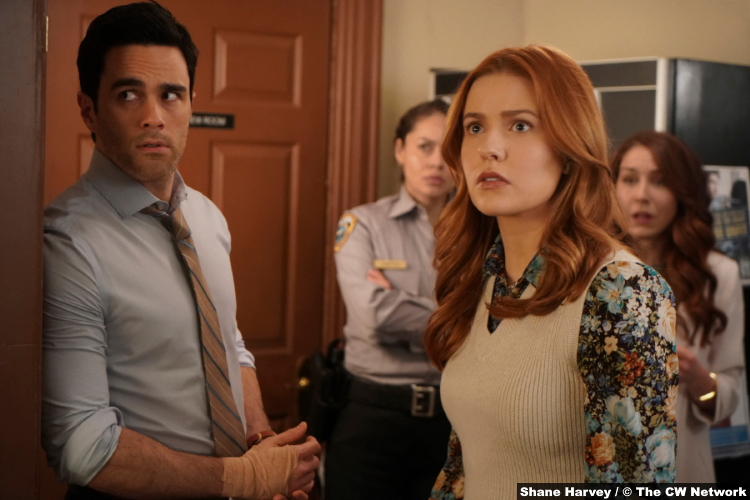 When they arrive at the police department, it’s a bit of a madhouse. A number of people are already there, insisting that they received messages telling them to come for various reasons. It’s obviously confusing, but then it all becomes clear. Someone has lured them all there in order to force Nancy to solve the mystery of a missing woman.

And I mean “force”–this is not an optional event. Whoever has orchestrated this–“the unseen specter,” or “the arbiter”–has boobytrapped the building, including electrifying the doors, so the group can’t leave. Detective Tamura himself is badly injured, in fact, when he tries to call the arbiter’s bluff.

It also becomes clear that everyone, except Nick and Tamura, has some connection to the missing woman. And out of the remaining group, they’re all suspects, besides Nancy. She was just a kid at the time, albeit a kid who was more focused on another missing person, little Rose. But she wasn’t the only one–everyone in town was more focused on the missing little girl rather than the missing Black woman. So Dolores was lost in the shuffle.

And these are the facts we know so far: Dolores was last seen leaving a local restaurant. There was no sign of her after that, but her car was later found. There was a transfer of red paint on the car as if it’d been in a collision with a car (or something) that color. 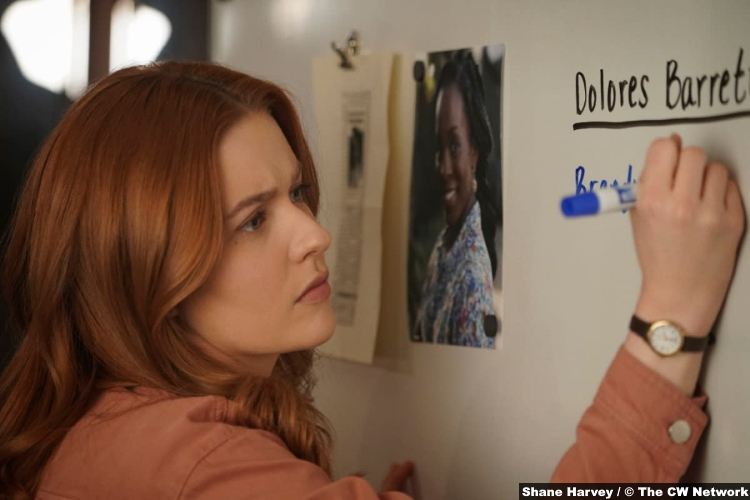 Ryan, who was arrested for a DUI that night in a red Porsche, is the first suspect. But while that would be an easy solution–hammered guy gets in a car accident–it would probably devastate Nancy. And it’s not even possible, because Ryan was already in custody at the time Dolores was paying her bill at the restaurant.

A couple of the other folks there are dismissed just as easily. One, though, provides an important lead. She was the one who was actually involved in the car accident with Dolores. She claims that Dolores backed into her, then tried to give her money. She dog whistles that Dolores was “aggressive.” So that’s why she called the cops.

This is news to the assembled group, mainly because the former cop turned councilman who’s there, hasn’t seen a need to mention it. Oh, sure, he acted like the stress of not being able to find Dolores drove him from the job, but he never let on that he actually had contact with Dolores that night.

And it certainly seems like the police have something to hide, because Mitzi, the car accident lady, says that Officer Hampton (Mercedes de la Zerda) threatened her if she told about the police’s involvement. Hampton claims that Mitzi must have misunderstood, but Nancy’s already putting the story together.

The weird noises that Ryan heard when he was in the drunk tank–the sounds, that in retrospect, he realizes sounded a lot like crying? It was Dolores, who had also been taken into custody. After that, it all comes tumbling out because Officer Hampton kept the dashcam footage. Dolores hit her head when Councilman Fraser (David Cubitt) was putting her into the car. He swears it was an accident because she was resisting. Nick interjects that she was probably “terrified because we are always terrified.” And oh my God, Tunji’s line delivery on this is so good. 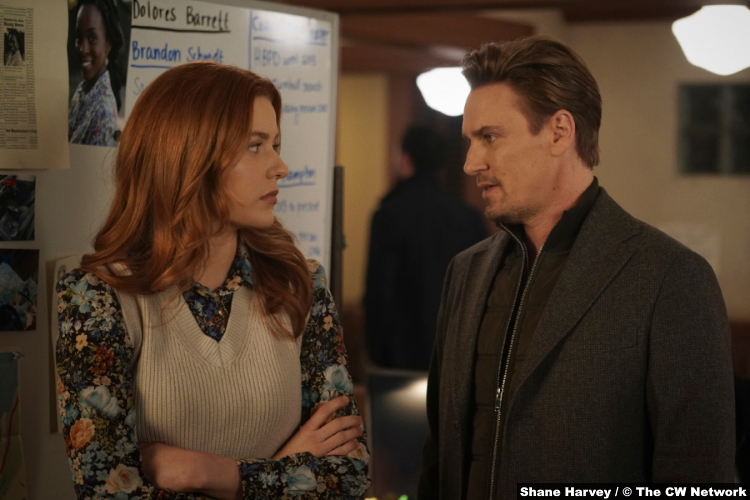 It may have been an accident, but what happened after that definitely was not. Although Hampton was disturbed, especially when Dolores began crying for her mother, she let Fraser talk her out of her concern. (“They all do that. They all call for their mothers.”) And when Dolores began seizing, they both left her to die.

With that, the arbiter is satisfied. But the story isn’t over. Nancy’s figured out who the arbiter is. It’s Reverend Carter (Kathleen Duborg), who had made a brief appearance at the station during the earlier chaos. She had been friends with Dolores’s mother, who passed away before learning what had happened to her daughter. She had also been the jail chaplain, who had found Dolores’s earring in the holding cell. And finally, she’d once been an engineer, who knew how to rig all those traps. She’s distraught that she might have hurt Tamura, who had no involvement with Dolores, but he’s going to be okay. And Nancy’s not going to tell her secret. Some truths can set you free. But not always. And justice delayed is justice denied.

10/10 – While the Ace-possessed-with-the-spirit-of-George’s-great-aunt-Mei storyline was fun, this hour belonged to the powerful storyline at its center. Dolores, of course, is a fictional character, but as we all know all too well, she has any number of real-life analogues. This was a moving episode and a fitting tribute to far too many lives.