As with Riverdale, Nancy Drew‘s season finale was not the one they originally intended. So as with Riverdale, the new season of Nancy Drew plays as just a continuation of the last season. What that means for the show is that we’re still dealing with That Darn Aglaeca.

More to the point, they’ve got to figure out a way to stop the next part of the Aglaeca’s process. In case you forgot, it’s death. Gruesome deaths for every member of the Drew crew. So in lieu of having anything really tangible to do, they fall back on trying to prevent the deaths they foresaw, by doing things like covering the hook that’s supposed to take down Ace, or thinking up a way to make Bess fire-retardant. 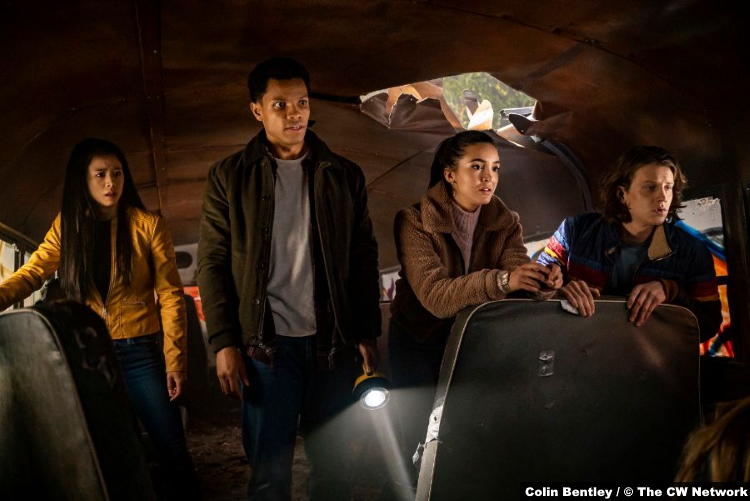 Obviously, it’s not the best plan, but it’s all they have at the moment. That is, until Detective Tamura arrives at The Claw to question Nancy. It seems that a young woman was found gravely injured in the woods. Before she slipped into a coma, she said Nancy’s name. That’s never good.

It turns out that the comatose young woman is one Amanda Bobbsey (Aadila Dosani), as in, one-half of the Bobbsey Twins. Somewhere in a parallel universe, the child version of me, who freaking loves Nancy Drew and the Bobbsey Twins is screaming.* Amanda and her twin brother Gil (Praneet Akilla) apparently had some business with Nancy, but it’s news to the amateur detective. That is, until the gang finds a mysterious tweet.

In maybe the funniest development of the night, they find out that NancyDrewNews tweeted out an appeal for help for the Aglaeca situation. Everyone is like, what? And then they find out that it was Bess, because of course it was. She’s not wrong! I might also make some questionable texts if I foresaw myself burning to death.

Anyway, that’s how the Bobbsey Twins got looped in–they claim to have a mirror that can help. However, they stole that mirror from the Hudsons’ collection, Amanda got assaulted, and Gil is still missing. The Hudson of it all ends up contributing to one of the other funny moments in this episode, by the way. It’s when the gang gets caught by Mr. Hudson and Ace says, “You have a lovely home.” Ryan ends up bailing them out of that situation, but he’s not ready to share what he knows with his family yet. More on that in a moment, though.

The gang figures out from a message Amanda sent that Gil is diabetic. When they find his insulin pump in the woods, they know he’s in trouble. He’s in bigger trouble than that, though, because the woods are haunted, because of course they are. Why wouldn’t they be in this town? 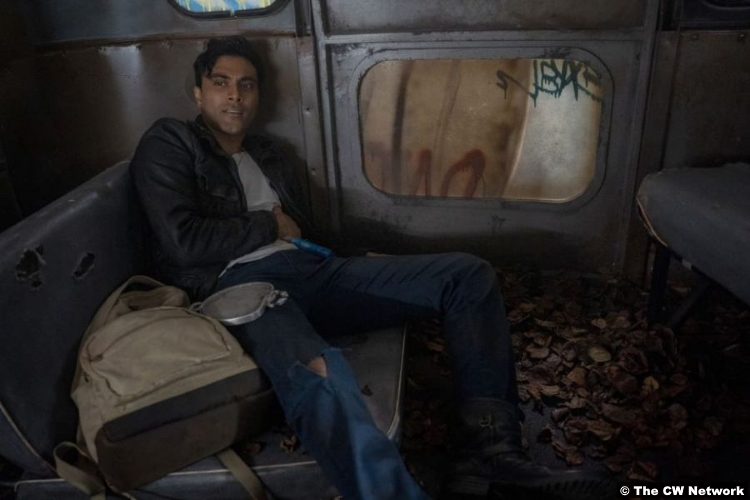 They end up finding him holed up in an old school bus, where he’s hiding from the wraith that lurks in the woods and preys on people’s fears. Somehow surprisingly, it’s a completely different wraith than the one that’s coming for them. Anyway, they all have to hole up with Gil when the wraith starts getting closer. All the while, Gil, who is hilarious, is trying to negotiate a better deal for the mirror.

Nancy, stung by Ace’s comments regarding her culpability in dooming all her friends to horrible deaths, makes the executive decision to stay behind on the bus and distract the wraith, while everyone else escapes. She figures out that the wraith is vulnerable to fire, though, and destroys it. Maybe. You never can tell in this town. 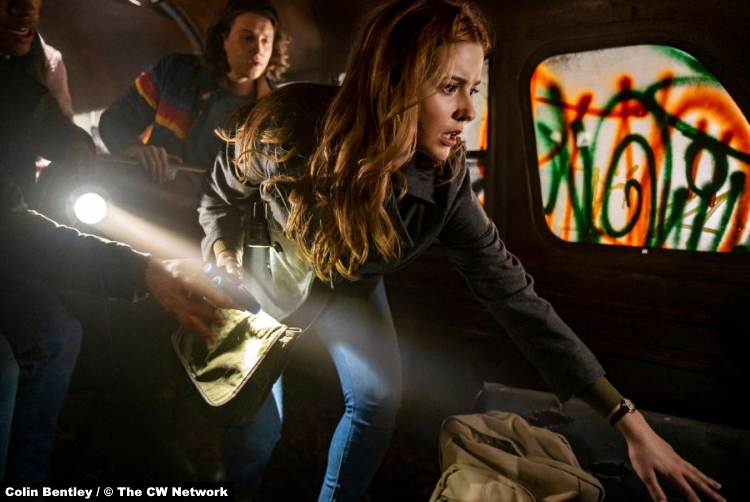 Once they’re all safe, Nancy finds the hidden message in the mirror. Basically, the answer is a sea shanty. That’s amazing news, since we just decided as a culture that we’re incredibly into those.

So Nancy and the gang have to track down the right sea shanty. And Nancy has to get things right with her family, adoptive and otherwise. We learned when she was on the bus by herself that perhaps her biggest fear right now, besides impending death, is that she’s inherited all the worst parts of the Hudsons (and maybe even her maternal family). That’s a valid fear, but I think it’s in vain. I think we’ve seen enough of Nancy to know that she’s a good person. She doesn’t have to pull off stunts like risking her own life to save others to prove her goodness. 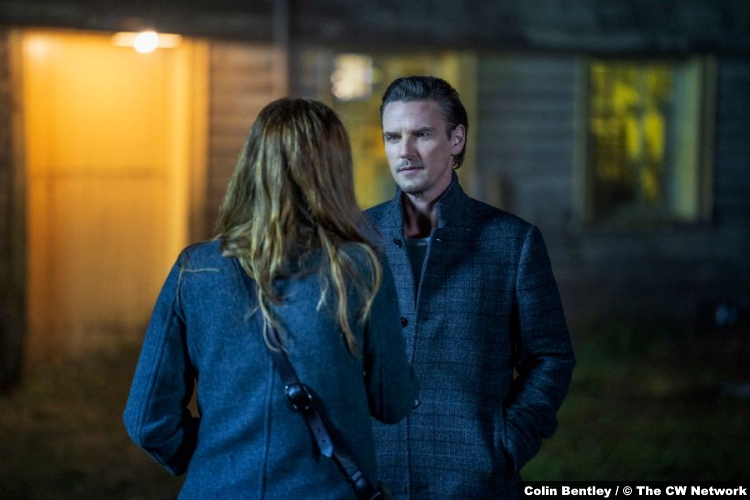 But again, I can understand why she’d question something like that. Even Ryan, who was really starting to seem sympathetic, is not the greatest guy. He proves that in his scenes with Carson this week. Carson, as far as we know, has never been anything less than a good father to Nancy. Watching Ryan try to lord his biological ties over Carson, and vaguely threaten him with kidnapping charges, is just rotten. Hopefully, they can get all this settled and get back to what really counts: family. And stopping an old sea hag.

8/10 – As I said, this plays like part 2 of the season finale, but that’s just fine. It’s an excellent bridge from last season to new stories. And again, I am thrilled that the Bobbsey Twins are here. Gil, for one, has excellent chemistry with Nancy, which helps, since I think he’s supposed to be her new love interest.

*On a related note, Nancy also references a bungalow case she had as a child, which is surely a reference to the Nancy Drew book The Bungalow Mystery. That book singlehandedly instilled in me a lifelong dream to own a mysterious bungalow in the woods.