You can check out our previous reviews here: Wandavision Reviews 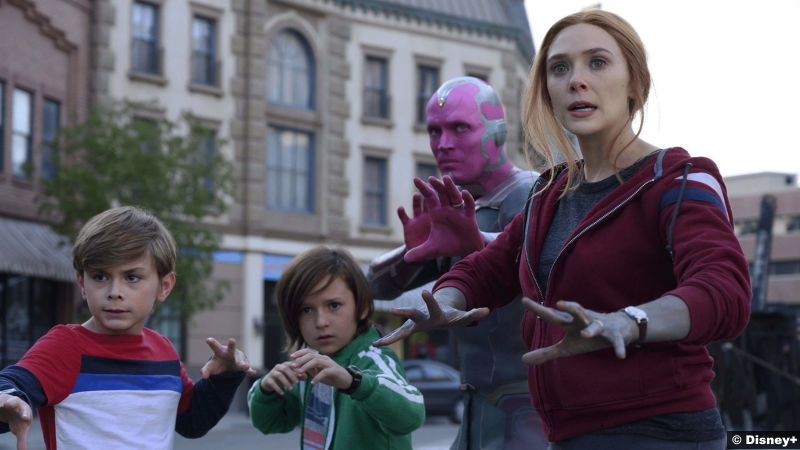 Perhaps the wisest thing the creators of WandaVision did with the finale was keep it small in scale. I say that, knowing how silly it is to describe a finale as “small” that features two witches flying around a magical hex, tossing spells at one another like they’re throwing magical snowballs, while Vision and White Vision duel with laser beams and phase-shifting and (most wonderfully) the philosophical question of one’s existence.

And yet, compared to all that the internet predicted about it, WandaVision’s final episode was downright introspective.

There was no Fantastic Four reference, no Dr. Strange cameo, no Mephisto, no X-Men, no cliffhanger-and-surprise “tenth episode next!” or anything else that the theorists, wishers, and hopers were clamoring for. At the end of the day, the episode did only one thing, and that was wrap up the story that begins with the first episode of the show.

The MCU is a remarkably inter-connected film (and now TV) universe, doing what no film series has ever done (at least to this extent) with the way it weaves individual, stand-alone stories together with an arc of stories that span a decade in the telling. To call Kevin Feige’s universe “ambitious” would be a ludicrous understatement, but no matter how huge the universe of films and shows become, it never feels like it’s collapsing under its own weight. The reason is likely due to each movie having its own story, and each movie-series having its own well-established identity. The Captain America movies, even the ensemble-heavy Civil War, did not feel like the Iron Man movies. Each told its own story, in its own way, and all three of them felt harmonious. At the same time, all three easily fit into the larger universe featuring Iron Man, Thor, the Guardians of the Galaxy, etc.

Iron Man 2 was criticized for devoting too much time to servicing the universe at the expense of telling a good story; since then, MCU movies have been “movie first, series second, universe third” and the MCU as a whole is better for it.

Which takes us back to WandaVision.

Here’s a show overloaded with references, winks and nods, and seeds planted for potential reveals in episode after episode. With every outing, fans caught more and more subtle clues and weaved together a tapestry like they were Charlie on the hunt for Pepe Silvia. As the finale approached, fans went into overdrive, expecting a full-on MCU reunion special and welcoming party all rolled into one. It got so out of hand the creator of the show had to come out and say “a lot of people are going to be disappointed when they watch the finale (due to so many fan theories that simply won’t come to pass).”

Well, I watched the finale and let me tell you, “disappointed” is the furthest thing from my mind.

Actually, I take that back…My one disappointment is this: Covid. That goes without saying, but specifically, pre-pandemic, the MCU phase four lineup had WandaVision coming out in Spring of this year with Dr. Strange and the Multiverse of Madness following right after it in May. The series was made with the understanding that the follow-up would come two months later. Instead, we have to wait a year.

Other than that, this was the perfect finale.

It resolved everything it needed to, left unanswered just enough for future stories to cover, and brought thematic closure to the journeys the main characters experienced along the way. This was a show about Wanda wrestling with her grief, losing the fight, and doing something unspeakable as a way to cope with it. This was a show about Vision slowly discovering he is purely the construct of a spell and does not even exist outside the bubble of that spell’s power. How does the finale end? Does it feature a Dr. Strange vs Mephisto tease? No. Does it feature Monica and Reed Richards working to save the day? No.

It ends with Vision and White Vision resolving their dispute through a philosophical discussion inside a library, as each discovers they are a part of the other. It ends with Wanda calling off the hex, saying goodbye to her family, and walking away from Westview. 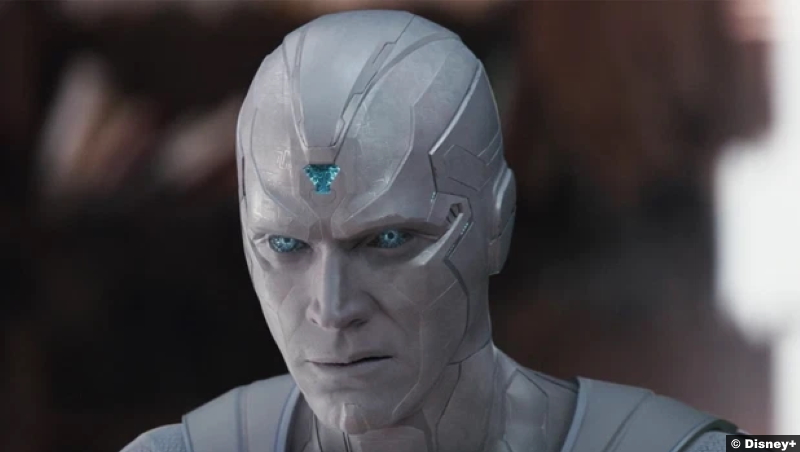 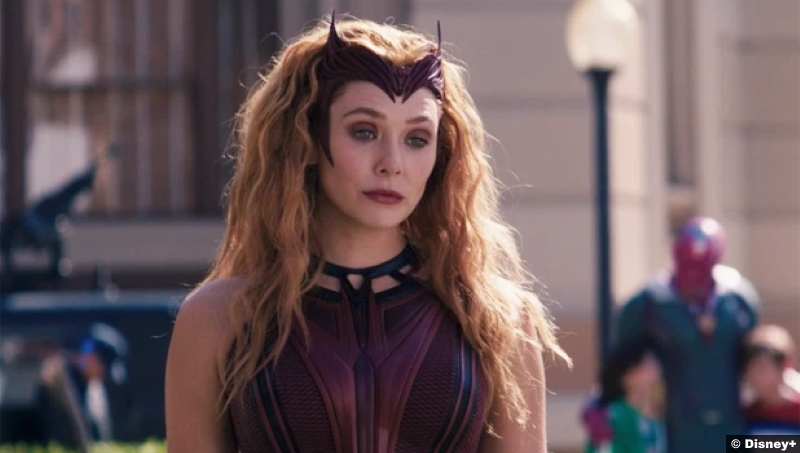 In the end, the show was about these two characters, so it’s only right that they are the focus of where things ended up…and where they go from here.

The end credit scene features Wanda relaxing in a cabin, isolated, peaceful, and serene. You think she’s found peace, that she’s getting away from everything in order to completely recover and move on in her post-Vision world (not knowing, I would think, that White Vision was given all the memories of the OG model; a plot point intentionally left unresolved). As the camera moves into her cabin, it moves past Wanda cooking and piddling around the house, before turning into her bedroom, where a second Wanda—in full Scarlet Witch regalia—is hovering and reading from the book of the damned, soaking in all the dark magic information like Willow at the end of Buffy season 6.

Subtly, in the background, the theme for Dr. Strange plays, teasing us of what’s to come…a year from now.

It’s an effective coda and one that reminds us that this beautifully told, self-contained story of grief and coping with depression also exists within a larger universe, and that Wanda’s story is nowhere near complete. 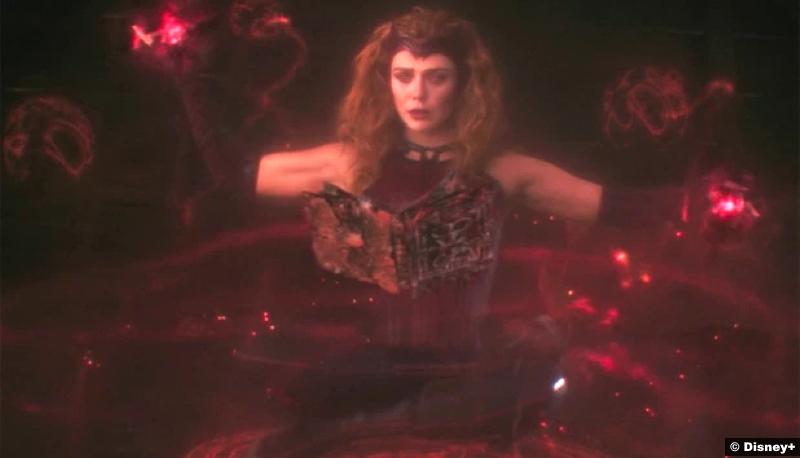 10/10 – WandaVision, when viewed as a whole, was a masterpiece and hopefully portends great things to come on Disney+.