Chilling Adventures of Sabrina Review: Season 4 – What was that ending?

You might notice that it’s taken me longer than usual to write this review. Part of it is because I was sick–cough, cough–when the season dropped. The other part is, uh, I didn’t like watching it very much. In general, I definitely don’t enjoy watching Riverdale these days. (Um, stay tuned for my reviews of season 5, though!) Unfortunately, Chilling Adventures of Sabrina, its sister show, fell prey this season to many of the same issues that plague Riverdale. The main one, though, is that they throw everything at the wall, and they’re not even pretending to care if it sticks. They just want to baffle us with bull. 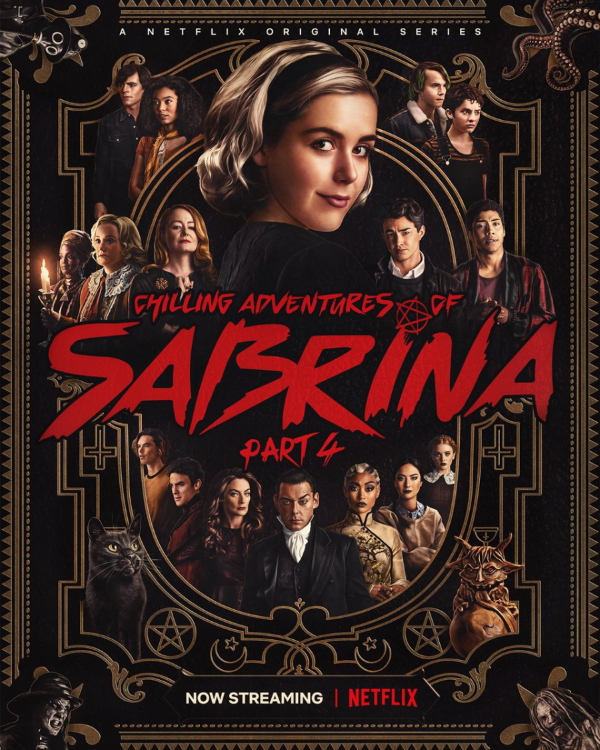 In case you forgot where we left off, because I definitely did, Father Blackwood was all set to unleash the Eldritch Terrors, whatever they are, on the world. Also, Sabrina split herself in two. Sabrina Morningstar reigns in hell with her husband Caliban, and Sabrina Spellman is, you know, doing the same ol’, same ol’.

Predictably, it all falls apart very quickly. I say “predictably” because that’s exactly what I did last season: I predicted that the center would not hold. And it doesn’t. Once again, Sabrina and company face a world-ending event. As such, in each episode, a new Eldritch Terror presents itself in a monster of the week format. 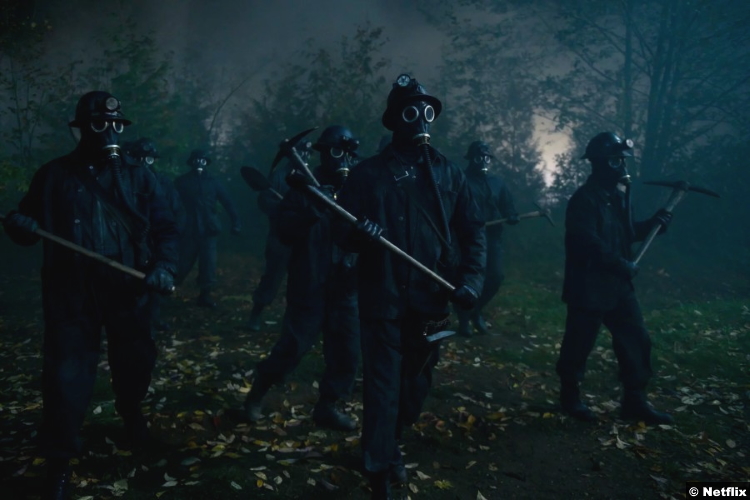 I actually liked that. It’s been no secret, especially when I’ve written about The X-Files, that I actually prefer a monster of the week to a season-stretching plot. Maybe it’s my rotted attention span, or maybe it’s just that most shows just can’t pull off the trick. Too often, when a series attempts an overarching storyline for a season, they fumble it. Most often when they don’t succeed, it’s because the story has become so convoluted that it can’t possibly, well, be possible. (Hi again, Riverdale.) If you look too closely, then you find plot holes you could drive a truck through. (Or for my UK readers: Oi, if I bothered with me ol’ bamboo, then I’d take a lorry straight in, innit.)

Unfortunately, CAOS has had that problem and they’re still having it. They’ve long had an issue with forgetting characters and storylines–remember that lad who died in the first season? I don’t even remember the details, but I remember that we thought the show would come back to it because it seemed important. They did, after all, make it seem important. 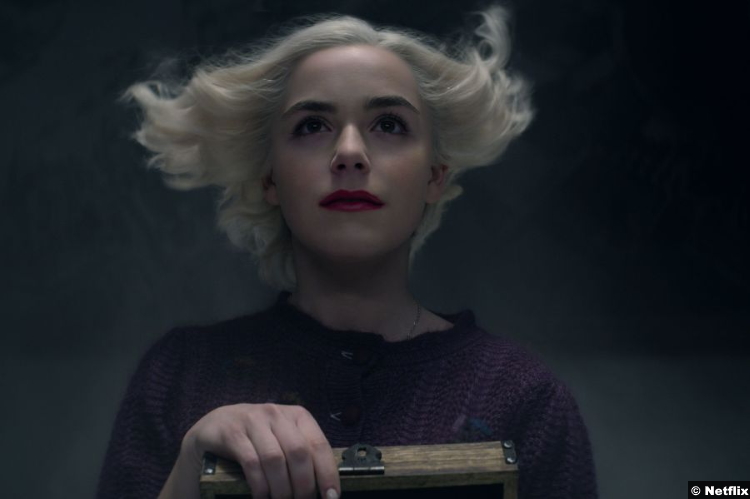 But we never heard about him again. The show continued to do stuff like that over its four-season run, but in the fourth season, it’s turbo-charged. That’s because the season itself feels accelerated, rocketing so fast through storylines and plot details that you can barely absorb anything. Roz is a witch! Robin, and by extension, Theo, has some issue with the other hobgoblins! Harvey is also there! 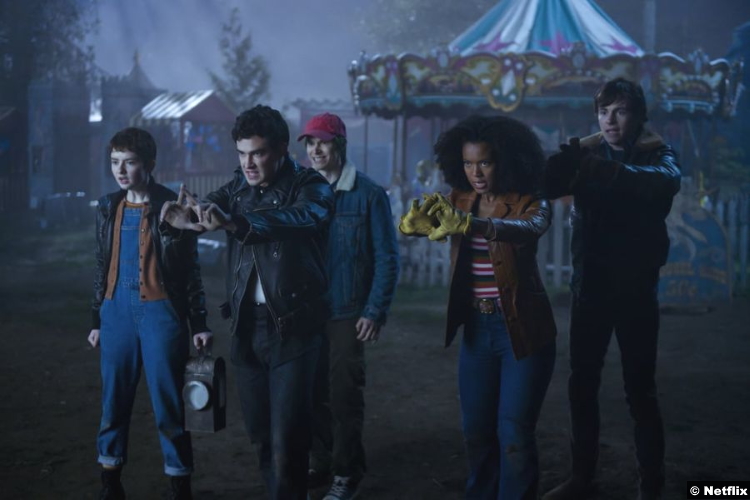 It would be one thing if these were isolated incidents, but they’re clearly not. (I just named several of them, after all.) And it just keeps coming. For instance, the show built up Lucifer to be a Big Bad, but he’s more of a big baby in this season (who incidentally eats a big baby–real nice). The same goes for Father Blackwood. He’s the one who unleashed the Terrors, but he virtually disappears from the story after that. Why isn’t he more of a factor in a season that ostensibly revolves around a plan he designed?

As with the many abandoned storylines, I also have many questions. Like, why did Sabrina have to go into the Void when rockin’ Robin could have just zipped in and out? Speaking of the Void, why did it look so cheap? Why did so much of the season feel disconnected? Mambo Marie is WHO now??? And the biggest one, which is A MASSIVE SPOILER:

What was with that ending? It’s one thing to kill off Sabrina, although that doesn’t make sense in and of itself. (Does the Cain Pit not work anymore?) But following it up with the plot detail in which it’s heavily implied that Nick killed himself to be with her is just ugly. Netflix shows have never been the most responsible when it comes to teenage suicide–cough, cough again–but this is in a category all its own. Sadly, it’s about the only thing in season 4 that is.

Also, what was the deal with the trinket salesman?