Chilling Adventures of Sabrina Review: Season 3 – Time to grow up…

After last season, which left me rather disappointed, I was hesitant to start this season. But I was curious to see if they could right the ship, so my curiosity won out. Was it rewarded? Well…

[There will be mild spoilers] 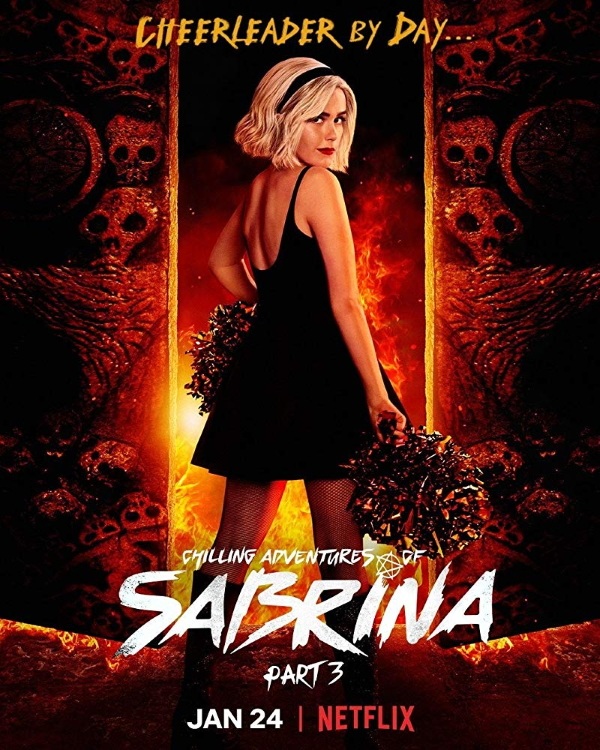 I am pleased to say that it did. For the most part. One of my biggest issues with last season was the superficial treatment it gave its many (many) storylines, and this season they wisely pared down their stories. Or rather, they integrated them all together better. In addition, they made the chaos a feature, instead of a bug. And the show is all the better for it.

When we last left Sabrina and friends, they had pulled off a coup with an ironic twist–overthrowing the original (would-be) overthrower himself, Lucifer (Luke Cook). Overthrowing the devil is no easy task, though, and neither is imprisoning him. He had to be jailed within Nick’s body and thus, Nick was consigned to hell until further notice.

During last season’s finale, Sabrina made clear her intention to free Nick as soon as possible. She does so, but at what cost? Technically, Nick was down there for “only” a few weeks. To him, though, it felt like decades–decades in which he never slept and was never safe in his body or even in his own mind. 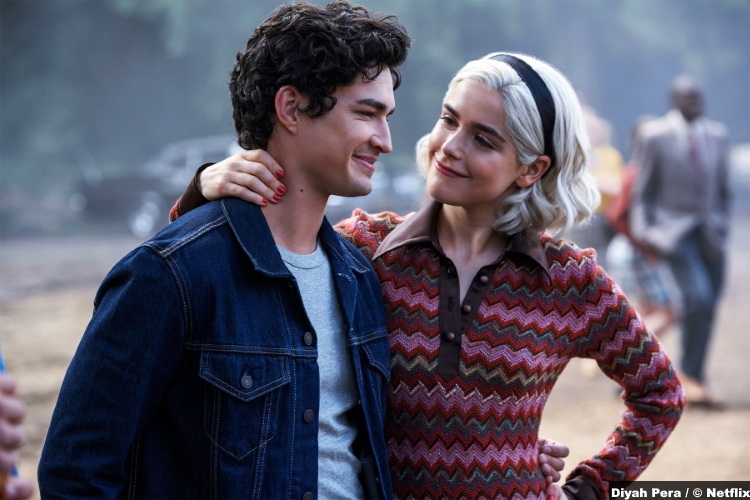 Freed from hell, Nick tries to put on a brave face and get back to normal, but the truth is, of course, that he’s been traumatized. And people, even witches, don’t shed trauma that easily. Further, while I empathize with Sabrina and her challenges this season, her failure to see that Nick’s in crisis is part and parcel of her biggest personality flaw. This season is less the “chilling” adventures than it is the chaotic ones, because Sabrina’s constantly in motion. She spends the bulk of the season trying to keep all these different plates spinning, to the detriment of her relationships.

So while it may seem as if Nick’s the bad guy here, what with his shenanigans at Dorian’s and the things he later says to Sabrina, sorry, no. He shouldn’t have done or said those things, but they didn’t spring from nowhere. Sabrina treats the whole endeavor like it’s something to cross off a list–Nick retrieval, check–and then expects him to slot back into place, while she juggles everything else.

So it should come as no surprise later in the season that when other people need her–her aunts, her coven, her best friends–she’s not there. She’s in hell, basically playing games. Yes, Lilith presents this as unavoidable, a mandatory challenge. But c’mon. There’s a part of Sabrina that is LIVING for this, and it’s not a small part. 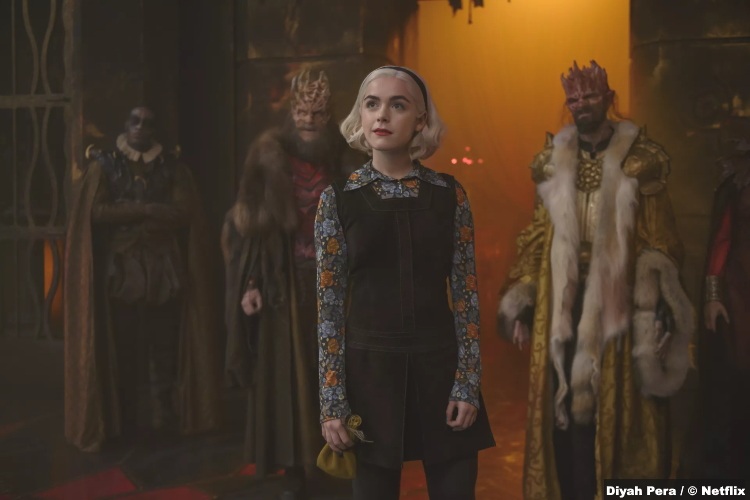 So while the whole series can be boiled down to Sabrina learning to balance her two worlds, you can’t travel in two boats. You have to pick one. And the choice Sabrina makes later in the season is a, let’s say, Diabolus ex Machina that only appears to be a balanced decision. I have a feeling that in season 4, reportedly coming later this year, it’s all going to come apart. It’s all going to shatter.

Because she hasn’t exactly had a stellar record so far. While she’s lip-synching with the Ravenettes and traversing all over Hell, life is going on and ending in Greendale without her noticing. Hell, Theo has a whole relationship, with new kid Robin Goodfellow (Jonathan Whitesell)–mmm-hmm–and Sabrina’s only barely aware of it. 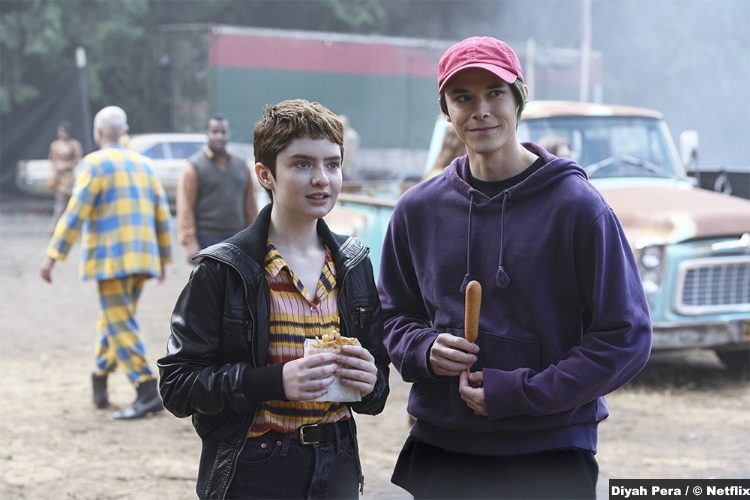 A traveling carnival straight out of Something Wicked This Way Comes lurches into town and still, she doesn’t recognize the danger. She’s too distracted not doing the job she’s supposed to be doing. Because that’s the Sabrina way, ain’t it? 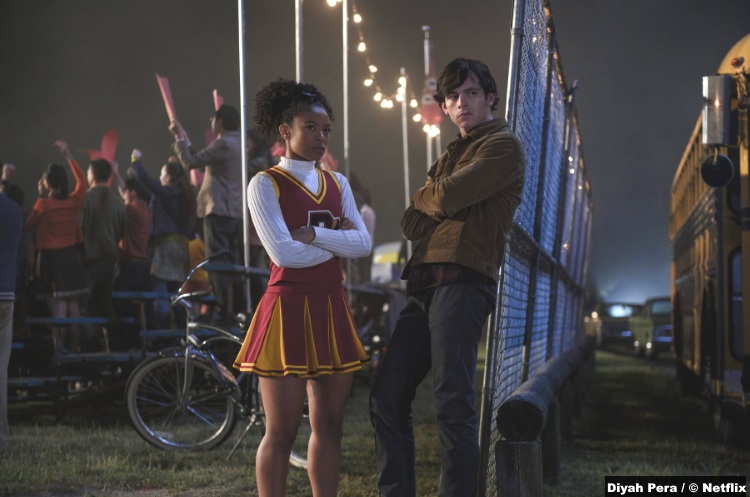 Maybe it’s her father’s influence, ahem, but she thinks she can waltz into any situation and bend it to her will. Sometimes that works out for her. And sometimes it doesn’t, but it doesn’t really matter, because it’ll work out eventually for her. Even if she has to pull a god or a devil from the machine.

But her friends are mere mortals. And even witches can be weakened, as we learn this season. So before everything falls apart, again, because of something she put into motion, Sabrina’s gotta grow up. She can’t just get older.

8/10 – Despite the fact that I basically wrote an essay on “Why Sabrina Really Burns My Biscuits,” I actually liked this season for the most part. It isn’t perfect, but it moves so fast that you barely have time to notice.