The Stand S01E01 Review: The End – A super virus sweeping the world?

The Stand, the new miniseries based on the Stephen King book, asks us to imagine an unimaginable nightmare. What if a super virus swept the world? Crazy, right? 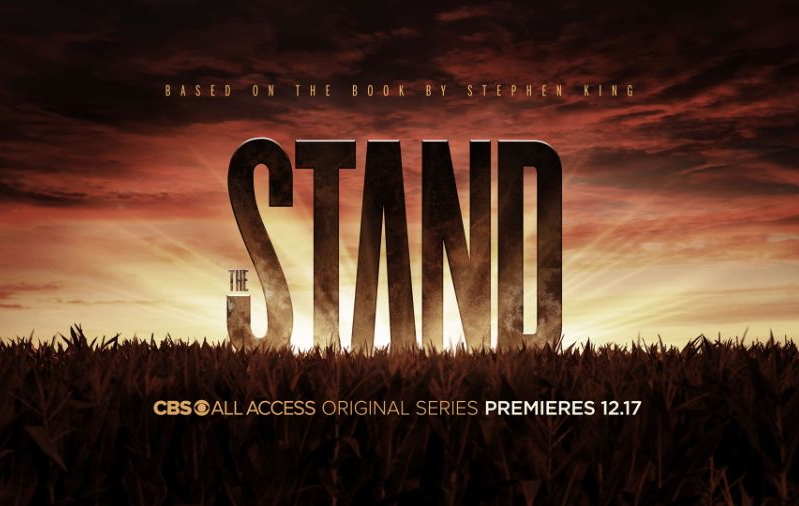 I’m kidding, of course. Unfortunately, we’ve become all too familiar with the possibility. Of course, we were relatively lucky. The first episode of this miniseries reminds us that it could have been much worse.

On that note, I’m not sure how this series will play if you haven’t read the book, especially since the show jettisons a linear telling of the story. But I have read the book, so I will try to make it plain. As such, this is what you need to know as we start. In a real whoopsy-do, a highly lethal flu strain has made its way outside the government research facility where it was developed. (I realize this is very passive language, but I don’t know yet if they’ll change this part of the story. As far as we know so far, though, a soldier was apparently infected and managed to make it outside the facility, where he presumably spread it to others.) 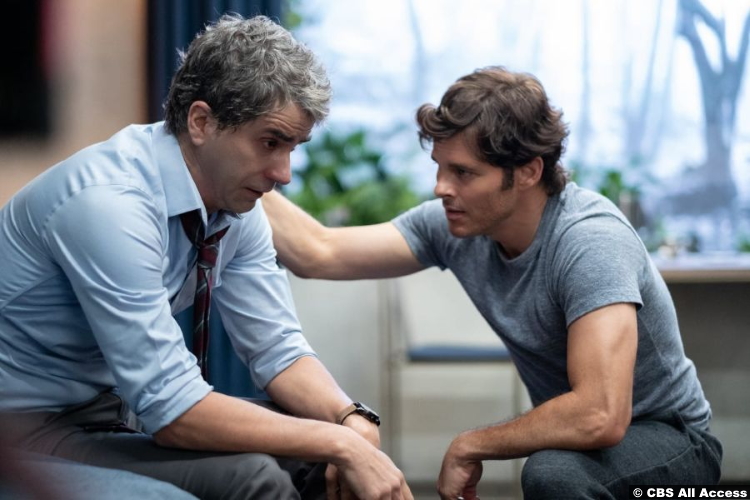 The strain, which folks are now calling Captain Trips*, is not only highly lethal, but it’s also highly contagious. So it rips through the United States and the rest of the world at large, killing off most of the population. And while that’s certainly sad, the story is necessarily more concerned with the survivors–the people who turned out to be immune.

We meet, for instance, Stu Redman (James Marsden). He’d been one of the first folks exposed to the virus, coming in contact with the soldier who left the facility. After the illness did its work, and he was still standing, he was basically incarcerated in another government research facility. He survives, as it seems that he’s not even a carrier of the super-flu. It doesn’t matter, though, because it’s gotten in, anyway. By the time he’s moved to yet another facility, he’s once again one of the last men standing. A General Starkey (J.K. Simmons) gives Stu his blessing and his freedom to leave, but we don’t know much yet about where Stu goes from here. This is about all we see of his story. But it’s not all. 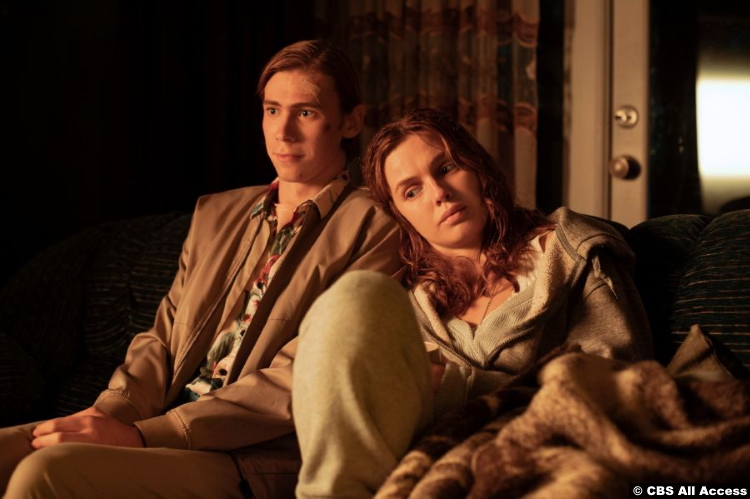 The majority of the episode is devoted to Harold Lauder (Owen Teague) and Frannie Goldsmith (Odessa Young). Both are residents of Ogunquit, a small town in Maine. Frannie is slightly older than Harold, a friend of his older sister’s who used to babysit Harold. He’s been infatuated with her for years. As the virus bears down on Ogunquit, and decimates everyone but Harold and Frannie, he sees it as an opportunity. He can start over and he and Frannie can go on adventures or whatever. Meanwhile, poor Frannie is trying to wrestle her father’s body down the stairs so she can bury him.

So deep in her misery, she’s already tried to brush off Harold. But when he stops her from a suicide attempt, it’s like it shorts a circuit. It doesn’t take away her sadness, but it’s as if it derails the path she was on. She seems to resign herself to going forward and trying something new, at least for now. 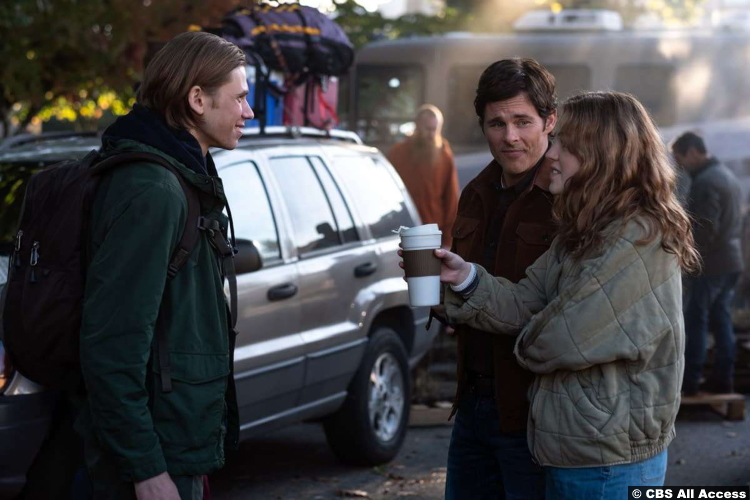 And we can see in our flashes to the present that it seems to have worked out quite well for her. She now lives in Boulder, where she’s visibly pregnant, and apparently in a relationship with Stu. Harold appears to take it well. He has a job as one of the people gathering bodies for burial. It’s brutal work, but he’s appreciated there. They call him “Hawk,” and he’s treated much better than he was in the before times.

Still, there’s something rotten about him. He could accept the way things are, and make the best of them. He could meet someone. Instead, though, he’s entitled, fuming over the fact that Frannie chose someone else. In that way, he’s ripe for the picking. There are two poles, a force of good and a force of evil, and they’re both calling to the survivors. Frannie’s already heard from Mother Abagail (Whoopi Goldberg), and the other force is now calling to Harold. Will he heed that call? We’ll find out.

7.5/10 – I’m sure they have their reasons, but I don’t love the scattered storytelling. I think it makes it difficult for non-readers to get an entry point into the story. Nevertheless, I liked this first episode for the most part.

*Love that they kept this nickname, although it seems very old now.