Alright, so despite looking very much so, Raul was not the walking dead last week. He was just walking. Somehow he survived a gunshot, and I’m sure the cops didn’t hurry him to the hospital after he killed so many of them, so that’s kind of a miracle. You know, the kind a saint might grant. Welp, hope she doesn’t want anything in return.

Unfortunately (or maybe fortunately–we’ll find out) for Lewis, he didn’t get any such favors. His friends, Sam (Richard Kind) and Anton (Bill Smitrovich), didn’t survive their gunshots. But if they did, they definitely didn’t survive the car fire afterwards. 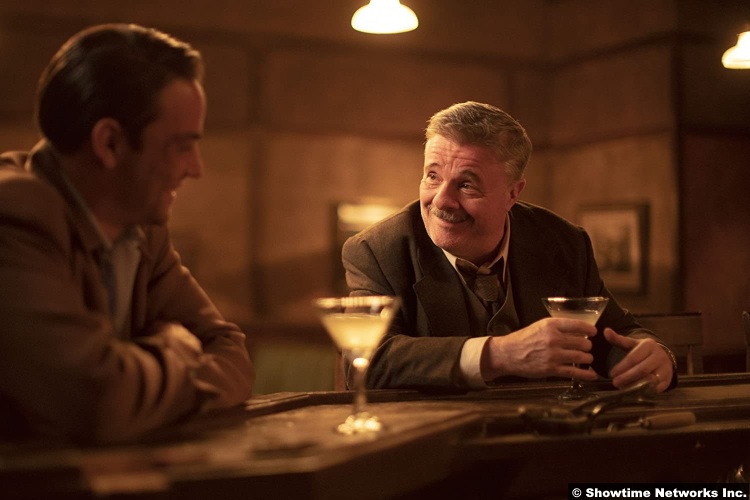 Lewis doesn’t want to tip his hand by going directly for someone like Goss. (And again, Goss’s goon just killed Lewis’s friends.) So he goes for a softer target, Brian Koenig (Kyle McArthur), the student he and Dottie tailed to Caltech. Under the guise of official police business, he kidnaps Koenig. Then he roughs him up, but it seems like Koenig isn’t exactly thrilled about whatever is going on with Goss. Specifically, he says that if Lewis leaves him for the coyotes to eat, then “It would be the best thing that happened to me all week.” The logical inference is that he’s being pressured into doing something the same way Goss threatened Townsend. As for what they want him to do, Koenig has one question for Lewis: “You ever heard of a man named Wernher von Braun?”

Oh, Lord. Also, fun fact: Thomas Kretschmann, who plays Goss on this show, played von Braun on that Project Blue Book episode. I hope he’s not also playing him on this show. I had assumed that he was playing a variation on Albert Speer, but like, aggressively evil.

Anyway, it seems as if the obvious conclusion after that is that Goss is threat-pressuring (his specialty) Koenig to work on the rockets. But we don’t know for sure, because that’s really the last we see of Koenig. This week.

Meanwhile, Sister Molly just happens to bump into Tiago and yada yada yada, they end up spending the day together at Santa Monica Pier. It would be very cute, except for the fact that Randolph (David Figlioli) is trailing them and Molly is definitely hiding something. In addition, Sister Molly was clearly inspired by Aimee Semple McPherson, a celebrity evangelist in the early 20th century. McPherson went missing for a little over a month in May 1926. Where did she disappear from? Santa Monica Beach. Sister Molly laughs off her mother’s concerns earlier, saying “No one’s going to kidnap me, I swear.” I hope that ain’t foreshadowing.

But it is cute, especially when Tiago wins her a little Popeye doll. Then it all goes to shit. For one thing, Lewis tells him that he’s been going through the church finances and he’s pretty sure that the late Mr. Hazlett was sleeping with Sister Molly. Then Molly’s caught by her mom when she sneaks back in. Her mom turns on the light, sings Popeye’s theme song, and then turns it back off. It would be very creepy, especially if you didn’t know that Randolph had been following you. 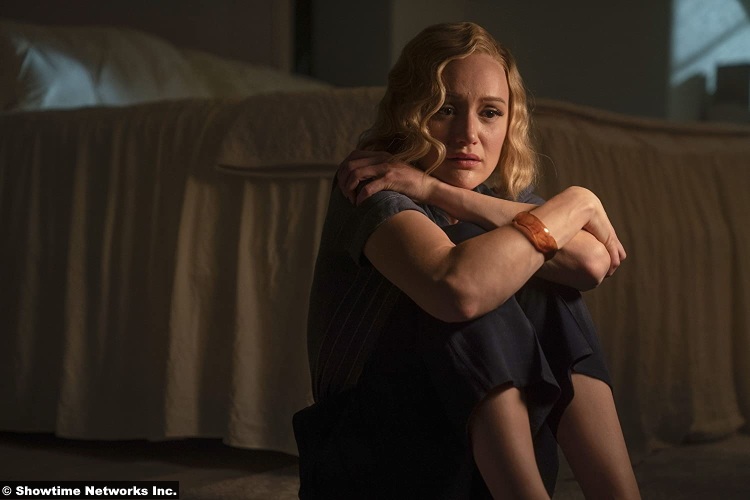 But Molly’s level of upset at this seems disproportionate. There’s such a weird dynamic going on here with her mom, though, that it could be anything. And I know one of the things they explored on the original Penny Dreadful was how women were controlled by societal expectations. Obviously, this is taking place decades after, but still. It would be decades more before women could have their own bank accounts. So I won’t question too much why she won’t stand up to her mama, but I will say, again, something weird is afoot.

And speaking of feet–what a segue–Mateo does decide to explore the pachuco life by visiting dance club The Crimson Cat. There, Fly Rico introduces him to Rio, Natalie Dormer’s fourth (?) character. She and Mateo trip the light fantastic and then the police raid the club. Well, that sucks. (Also, Mateo is definitely into this world.) 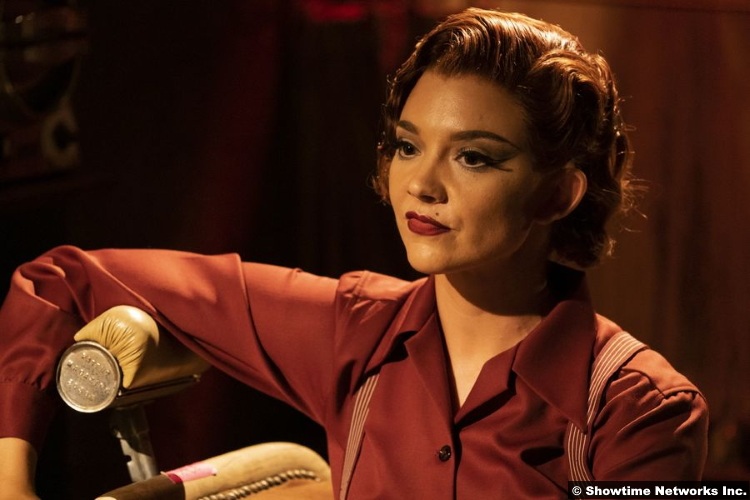 Mateo had told Raul earlier that Tiago had shot him. Raul, though, was surprisingly even-keeled about it. Although he’d been prickly about it before, he understands now the precarious position in which Tiago finds himself.

Townsend doesn’t understand how precarious his position is, though. While Elsa drags Dr. Craft even further into her web, Townsend goes cruising. That’s exactly the last thing a politician should do, especially if he’s got designs on a bigger stage. Even now, it’s a career-killer. But in the 30s? Son.

8/10 – Although not as eventful as the previous episodes, this one set us up with intriguing questions. What is everyone hiding? And by “everyone,” I mean Molly. And also, Brian.