In the aftermath of last week’s riot, things calm down this week, but only a little bit. There’s still an undercurrent of rage and ready violence, so much so that it’s like the City of Angels is sitting on a powder keg. Of course, by episode’s end, we’ll find out that it might literally be that volatile.

And if poor Tiago thought he was torn between two worlds before, then it only gets worse this week. This week, he can’t even get into the hospital without being spit on by his fellow officers. Then his own brother, Mateo (Johnathan Nieves), who knows Tiago shot Raul, tells him he’s out of the family if Raul dies. (And although I don’t recall her having many speaking lines this week, the youngest Vega, Josefina, is played by Jessica Garza–Penelope from The Purge season 1.) 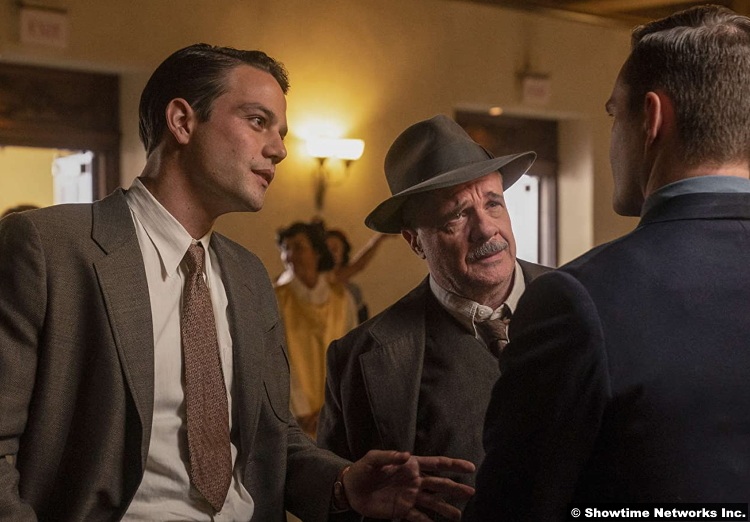 Vanderhoff (Brent Spiner), their boss, tells Tiago and Michener that they need to conclude the Hazlett family murder investigation. Basically, the department needs a win, and he doesn’t care about actually solving the case–just concluding it. He also tells them to bring him a “Mexican head” as the culprit.

They ignore that almost immediately and decide to solve the case like real policemen would. To do that, they need to go to the Joyful Voices temple, where Mr. Hazlett was a deacon. Sister Molly (Kerry Bishé) is the star attraction there, but her mom, Miss Adelaide (Amy Madigan) won’t let Tiago or Michener talk to her. So Michener keeps her occupied while Tiago looks around. Before I get to the insane flirtation that ensues, I should mention that Miss Adelaide is clearly coded as suspicious. And a bigot, as she addresses Michener, who is Jewish, at one point as “hymie.”

He doesn’t find any smoking guns in the church/cult’s records, but there is a lot of smoke in the kitchen. I don’t mean literal smoke–I’m talking about the HEAT that is generated by a relatively chaste conversation that includes references to a suicide attempt. Sister Molly and Tiago are cookin’. This conversation goes on so long that the sunsets. It’s a wonder that Miss Adelaide didn’t interrupt it sooner. 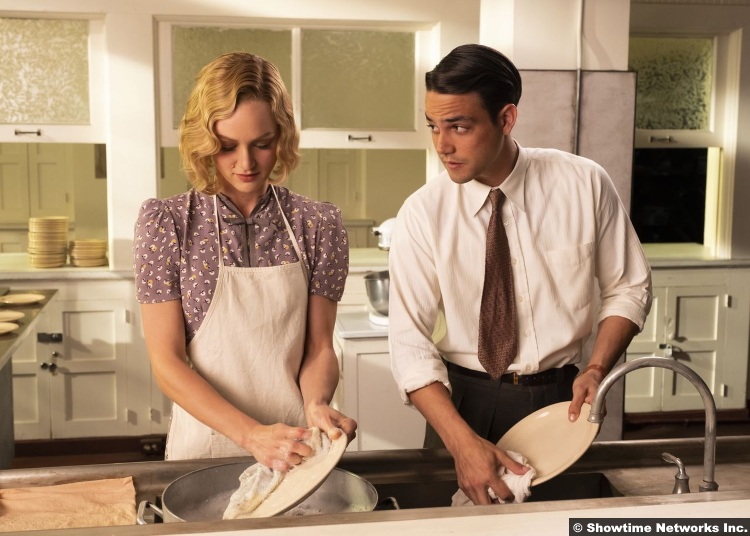 And again, it’s such a anodyne conversation, nothing like the Tahiti-pining that Craft and Elsa get up to at the beach. The doctor just happens to notice Elsa and her literal demon child a few towels away, like that’s a coincidence. Her creepy offspring plays with Craft’s boys as she plays the doctor like a fiddle. Her tragisch backstory is just too good. She was just so poor and vulnerable after the war that she basically had to marry her (fat) American soldier husband. Please take pity on me, fellow countryman. Of course, he does. (I have not yet mentioned Piper Perabo as Craft’s alcoholic wife, but as soon as she does something besides occasionally climbing out of a bottle, I’ll get right on it, Rose.) 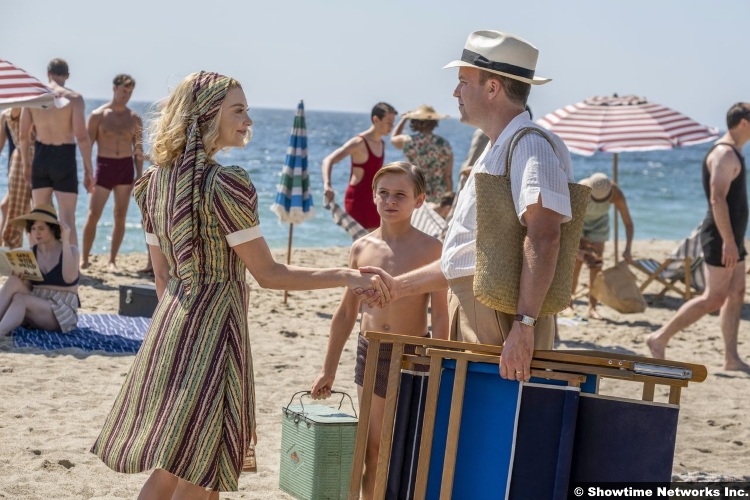 But back to Molly and Tiago for a minute. It’s a little weird that they spend so much time together. I mean, Tiago’s got a lot going on right now and Molly’s clearly hiding something about Hazlett, so the show pumping the brakes for this just reads as odd.

Anyway, it turns out that when Michener’s not being a cop, he’s on Nazi watch with his friends. Specifically, they’re watching Goss, who’s meeting with a youth. When they split up, Michener and his friends also split up to follow them. That doesn’t work out well for the car that follows Goss. They get made and then Goss’s driver shoots them both. But Michener and Dottie (Lin Shaye) follow the young man to Caltech. And I don’t need all the signs to know that he’s up to no good. But when they refer to “explosive materials,” that’s probably the worse sign of all.

And meanwhile, at the hospital, Raul is up and walking around. That would be good news, except that he looks like a damn revenant. So is he dead or something else? Elsa’s terrible child Frank (Santino Barnard) told us that “dead people lie down,” but that’s not always the case, not on this show.

7/10 – While not as good as last week’s episode, this episode did have its bright moments, especially the introduction of Fly Rico (Sebastian Chacon). “There’s a city of me.” Hell, yeah. Let. Them. Know.