Mama Ortecho has loomed so largely over the show so far that it was inevitable that she’d actually show up at some point. And I have to say that after meeting her, I like Steph a lot more than I did. 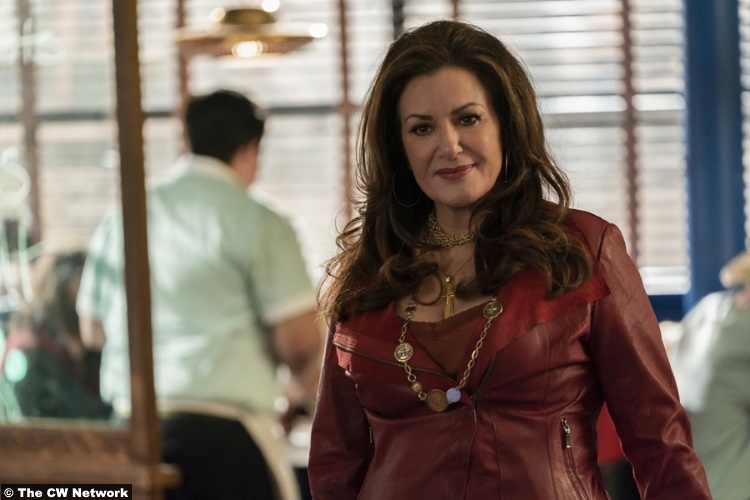 Of course, Helena Ortecho (Bertila Damas) doesn’t return just out of the kindness of her heart. She doesn’t come back because she misses her daughter, I mean. She’s back only because Arturo needs her to sign off on the Crashdown. Liz will take over her part, as she’s sponsoring her dad’s residency.

Helena being Helena, she doesn’t want to give it up that easily. She wants to be paid and she wants a family dinner. The nerve of this broad, I swear. 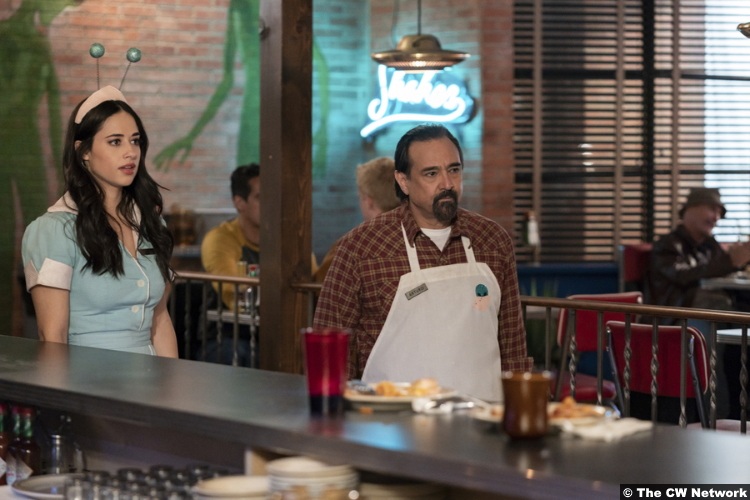 The family dinner goes about as well as you’d expect. Helena is sassy throughout the whole thing. Rosa, who couldn’t attend for obvious reasons, makes her displeasure with their mother known through the flickering of electricity. As Max is also having dinner with the Ortechos, Liz gets Isobel to entertain her sister.

That works, but the lights still go out later. This time, it’s Max, who’s trying to pull the plug (literally and figuratively) on this tense occasion. Helena and Liz have bickered throughout the night, because Liz still has a lot of resentment, understandably. And because Helena is a woman with unmitigated gall, she believes that Liz hasn’t lived up to her potential.

This is ludicrous, obviously. I mean, sure, with her education and her smarts, Liz could probably be living a much more impressive life. But with the drunk mom who ran off, the sister who died, almost dying herself, FINDING OUT THAT ALIENS EXIST, the sister who came back, the boyfriend who also died and came back…uhhhh, I think she’s doing pretty well. 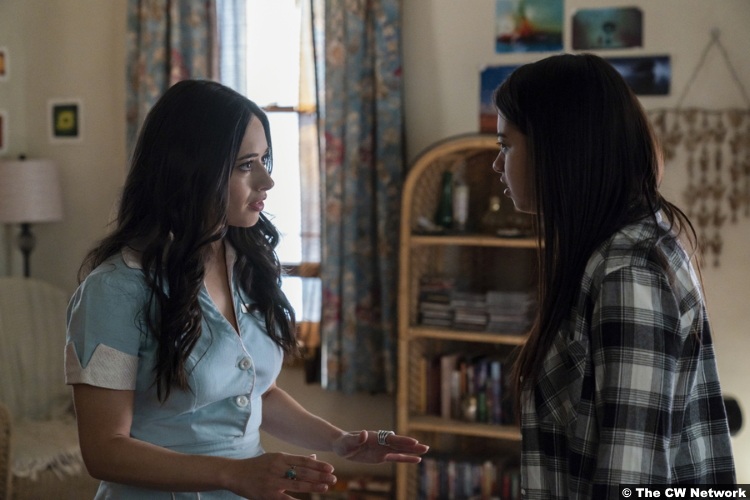 Liz being Liz, she does allow her mom to penetrate her defenses, especially since Helena came bearing a gift that a younger Liz had wanted. But then she finds out that her mom is still the same duplicitous snake she always was, as Helena used the localized blackout to raid the Crashdown’s safe and take Arturo’s mother’s ring. Liz is just about at the end of her rant about her mother’s many sins, which culminates in the detail about Rosa’s paternity, when Arturo and Max return. Welp. (Arturo knows and doesn’t care, because he’s a real dad.)

Meanwhile, Rosa has found a bottle of oxycodone in Helena’s car, apparently proving that her 10 years sober chip means nothing. (And Rosa’s tenuous grip on sobriety is about to slip loose as well.) In addition, Rosa’s powers inadvertently set her mom’s car on fire. They’d been working earlier on fine-tuning her ability, but it’s a process. 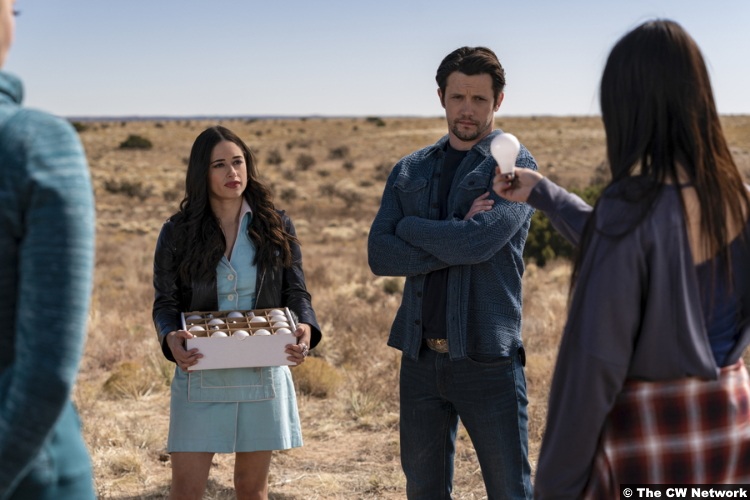 In the end, Helena agrees to sign the papers, if she can take the ring. It’s the least they can do to get rid of her, so her ex-husband and daughter agree. Later, though, Max will blackmail her to get the ring back. I guess it’s a good thing he might not be going back to his cop job. I know Sheriff Valenti is willing to let him come back, on the condition that he’s confined to desk duty for six months, but he seems prickly about it. And I don’t know why. Yes, you’ve never taken a vacation or sick days, but you just left your job. Considering that, I think Valenti’s offer is very reasonable.

And speaking of Valentis, Kyle. His relationship with Steph seems to be moving along at a nice clip, and as I said, in light of Helena, Steph suddenly seems much more palatable. She’s growing on me.

Kyle is also the subject of a Maria vision, where she thinks she sees him being abducted. What she sees turns out to be true, but she’s misinterpreted what she saw. The bright lights in her vision aren’t a UFO; they’re headlights, because Kyle almost gets plowed down in the Pony parking lot.

Her visions scare her enough, though, to have Kyle examine her. To my great disappointment, but not hers, she’s not an alien. Instead, her grandmother was a test subject at Caulfield. It doesn’t come as much of a surprise to Maria. As she sadly points out, black people in America, from Henrietta Lacks to the Tuskegee Syphilis Study to prisoners at Philadelphia’s Holmesburg Prison, have long been subject to cruel experimentation. (And the inequity still exists in basic medical care, as an episode of CBS’s excellent Evil series showed last season.)

But while there may be a “cure” for whatever’s going on with Maria, she’s not interested. She prefers to see it as a superpower. After all, she saved Kyle’s life, and now he can go save more lives.

And they might need that, as Max has had Jenna’s car located. It’s been impounded in a town a coupla hours from Roswell. But where is Jenna?

8/10 – As I said, Helena’s been mentioned so much that it was only a matter of time before she made an appearance. I’m glad it’s over with, so maybe now she won’t return. Nothing much good seems to follow her, not in Roswell, at least.

And hey, I guess that was Max in the flashback. Now we just have to find out who chained him up and why.