Roswell, New Mexico S02E04 Review: What If God Was One of Us – Wrong again!

Alright, so I’m wrong two weeks in a row. You hate to see it. This time, it’s about Tripp. Because he was not moved at all. 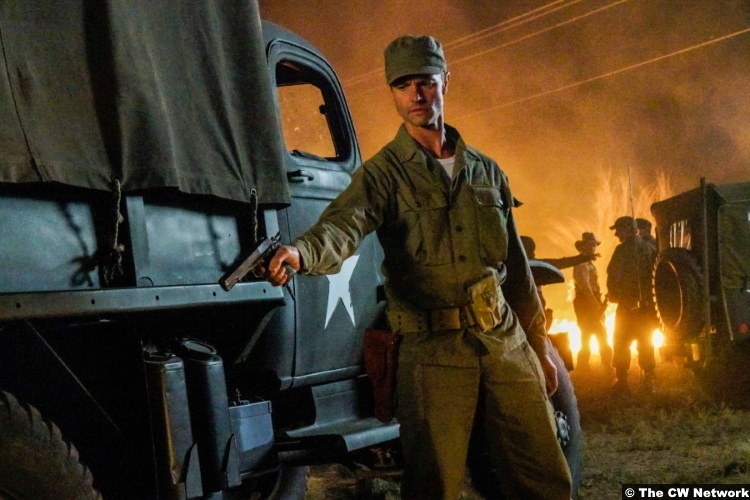 If y’all will recall, last week I assumed that when Tripp realized there were children in the pods, he let Nora and the other alien woman, Louise (Cassandra Jean Amell), go. Nope. Maybe he was momentarily stunned. Because we find out this week what happened after that, to get Nora to Caulfield, and it ain’t pretty.

The farmer the ladies stumbled upon, Roy Bronson (Gaius Charles), was actually the foreman on the Longs’ farm. Yes, those Longs. And for a while, it seems like things were pretty idyllic. Nora reversed the effects of a drought, which saved Roy’s job. She and Louise lived with him in his humble abode, while he and Louise fell for each other.

But as we know, they didn’t live happily ever after. Something got Nora, at least, to Caulfield. That something, of course, was Tripp. He led a group of men to the farm, where they took Nora into custody and shot Roy. Walt (Major Dodge, Jr.), the neighbor’s kid, was blown up when the barn was set on fire, igniting the alien ship inside. But where did Louise go? Is she still out there somewhere? (Yes, absolutely. Unless I’m wrong about this, too.) 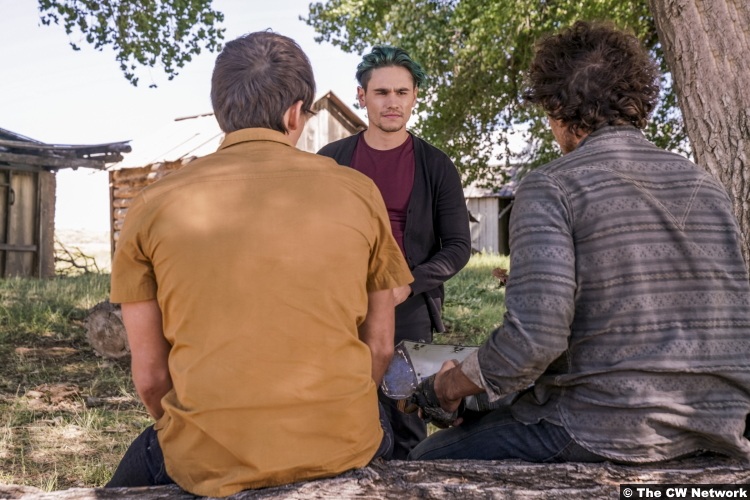 Michael and Alex learn part of this from Forrest Long (Christian Antidormi), who’s surprisingly a non-vile member of the Long family. He and Michael have become friendly through their mutual interest in library research. Michael, of course, digs into the alien history of the town, while Forrest, a real man after my own heart, has Nazis on the brain.

That, incidentally, is his explanation for the massacre that took place on his family’s farm. And you know, it’s not that far-fetched of an explanation. Two combative blonde women who didn’t speak English? It’s a reasonable assumption. Too bad we know that it was not Germans–it was Russians. I mean aliens.

And if Tripp’s rigidity seems familiar, that’s because it is. As Alex reveals this week, he was a Manes man, and just like the other Manes men, outside of Alex, Tripp was uncompromising. But again, Alex isn’t. So he gives up the piece of the ship Jim Valenti left for him, because he doesn’t want history to repeat. If Nora’s son wants to go, then a Manes isn’t stopping him this time.

The elder Manes,  Jesse, on the other hand, hasn’t had any changes of heart. He is pretty generous, though, in conversation with Jenna. She’d reported her sister, believing that she was endangering national security. However, it seems as if it only endangered her sister, as it put her square in the cross-hairs of a mercenary company that wanted to exploit her skills. I have a feeling that we’ll be coming back to that, particularly regarding its ties to the bioweapon we’ve heard referenced before. 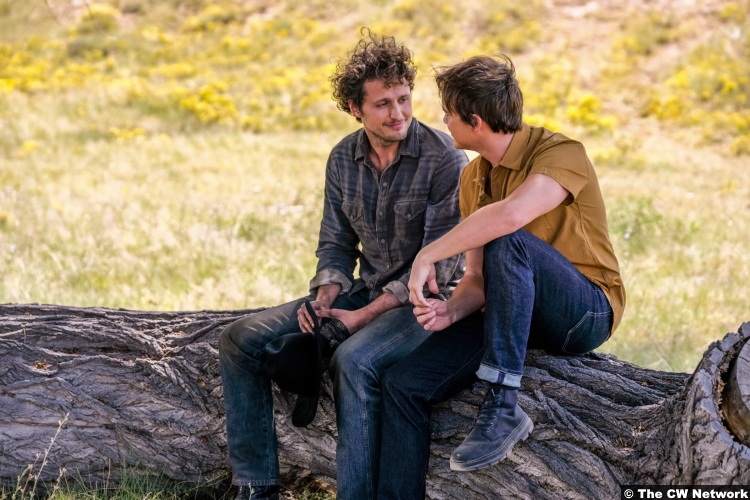 As for Jenna, uh, it looks like she was maybe abducted. So I hope we’ll be coming back to that, too. After all, resurrection and return are possible. Just ask Arturo, who finally found out this week about Rosa. He didn’t find out about the alien stuff, but that’s okay.

Isobel realized that she could use Arturo’s faith, especially his belief in miracles, to prep him for Rosa’s return. I suppose that we could get off on a tangent about the ethics of this–Isobel’s mind-melding has been controversial on the show before–but it all seems to have worked out just fine. Sooner or later, though, someone else outside the group is going to notice that Rosa is back. And that’s dangerous, of course. As we’ve learned from history, particularly this week, this ain’t a town that handles miracles with grace. (I’m sure the real-life Roswell is lovely, though, and I hope to visit it, should we ever leave our homes again.)

8/10 – While I patently do not care for the love triangle–quadrangle?–they appear to be hinting at with Max, Liz, Kyle, and possibly Steph (Justina Adorno), I’m glad we got some quick answers about Nora’s fate. That still leaves Louise’s up in the air, of course. (Unless I missed something and I’m wrong yet again.) But since they necessarily had to suspend Max’s return, it’s smart not to drag out anything else major. I also enjoyed that they set up new mysteries, like where Maria was this week and what exactly happened to Jenna. (The Noah “mystery,” though, I hope is put to rest.)

Also, I’m probably wrong about how to spell Tripp–I’ve seen it both with one P and two–but I’m just gon’ let go and let God.