I think I’m an outlier for this episode. Because from what I can tell, everybody really liked this episode, whereas I found it kinda boring and yet implausible at the same time.

And I can’t really put my finger on why I didn’t like it much. Maybe it’s because outside of a couple of show-stopper scenes, nothing really happens. And what does happen is mostly accounting and meetings. Whew, sign me up. 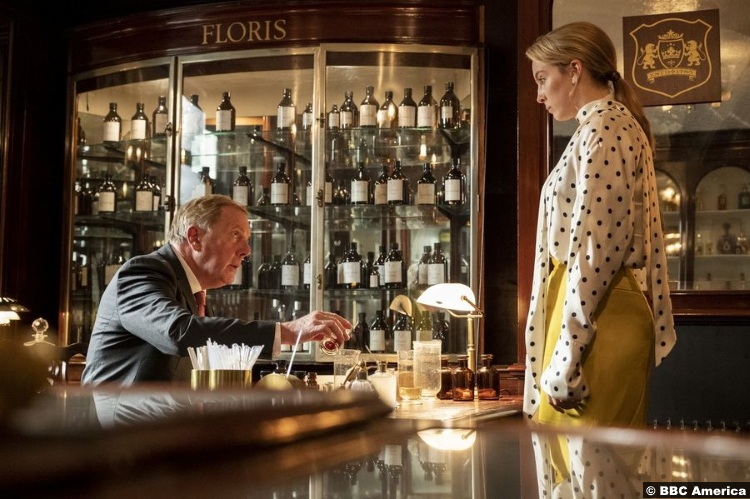 But maybe this episode isn’t for me. I understand that the gals who love gals enjoyed this episode, particularly one scene. (If you look at the Twitter hashtag for the show, then you’ll see that the top tweets are all about it.) And great–not everything is for everyone. So it’s fine; this episode just wasn’t for me.

Regarding the implausible parts, let’s start with the baby. Apparently, there are no consequences for Villanelle killing her mentee last week, because she’s right back on the job. Then again, she’s not taking anyone under her wing this week, so maybe that is the punishment.

Instead, she’s right back where she always was, carrying out hits. This week, her first is a woman who’s very finicky about her piano. Unfortunately for her, the piano tuner she hired is Villanelle, who kills her with a tuning fork. Crafty.

After that, a baby’s cries lead Villanelle to the nursery, where a nanny dies trying to protect that baby. And then Villanelle takes the infant. This annoys Dasha, especially when Villanelle brings the baby to brunch. So Dasha puts the infant in the bin. And I can suspend my disbelief for a lot of things, but watching no one react while a woman sticks a baby in a trash can is very hard. (The reaction afterward, though, when the baby is discovered and which happens entirely in the background of Dasha and Villanelle’s conversation, is high comedy.) 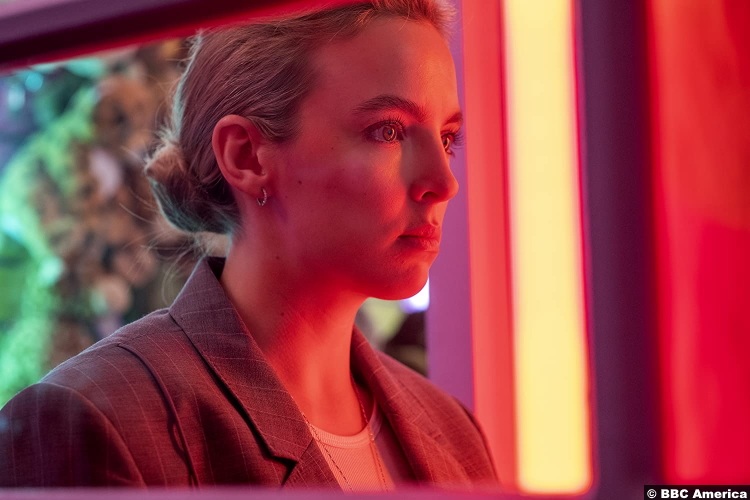 Anyway, Dasha’s meeting with Villanelle to give her her next assignment, which is in London. You can see the nervousness ripple through Villanelle, as she first tries to refuse. But we know she’ll end up in London, where she goes to an off-brand Build-a-Bear to make a present for Eve.

Eve meanwhile is stuck in the meetings and accounting part of the plot. The new team–Eve, Carolyn, Mo (Raj Bajaj), Jamie, and Bear (Turlough Convery)–are digging into what Kenny was investigating. [And a brief note: I know there’s been some hope that Kenny might not actually be dead*. There is a possibility that they’re all running a long con, but for now, I’m going to proceed as if Kenny really has joined the choir invisible.]

They figure out that Kenny was looking into an account codenamed PANDA, surely in relation to Fat Panda. The account was unused after Frank‘s death, but has recently sprung into action again. At the same time, the person who runs that account, Charles Kruger (Dominic Mafham), has noticed that six Euros have gone missing from it. Wait, did I say six? Six million Euros have gone missing. So he asks his pal Konstantin to look into it, because this is obviously a Twelve-related account. (Did Konstantin look a little funny in this conversation to anyone else? Like he knew exactly where that money went? I dunno; I did just binge Ozark, so that might be coloring my perceptions.) 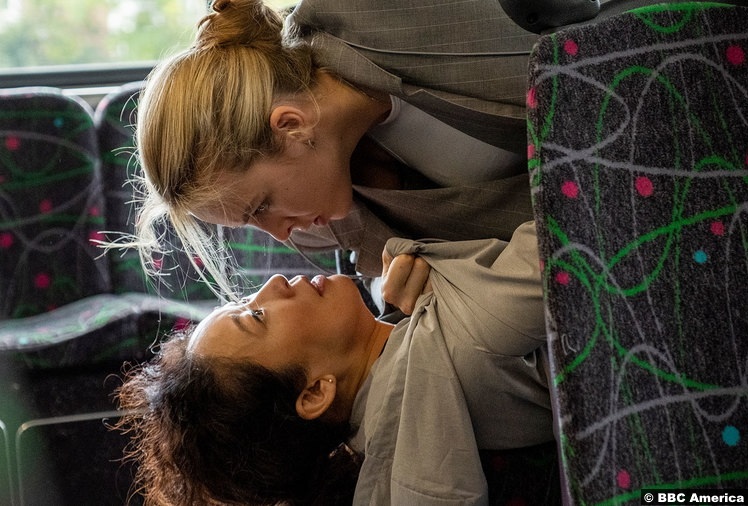 Well, it turns out that Carolyn knows Kruger, because of course she does. So she and Mo go to stake him out. Meanwhile, a dejected Eve boards the bus, having just found out that Niko has checked himself out of the hospital and effed off to Poland without so much as a “Girl, bye.” When she sees Villanelle strolling down the center aisle, though, she leaps (almost literally) into attack mode. Their struggle, which no one on the bus really reacts to–implausible–ends in a kiss and a headbutt. You know, romance. 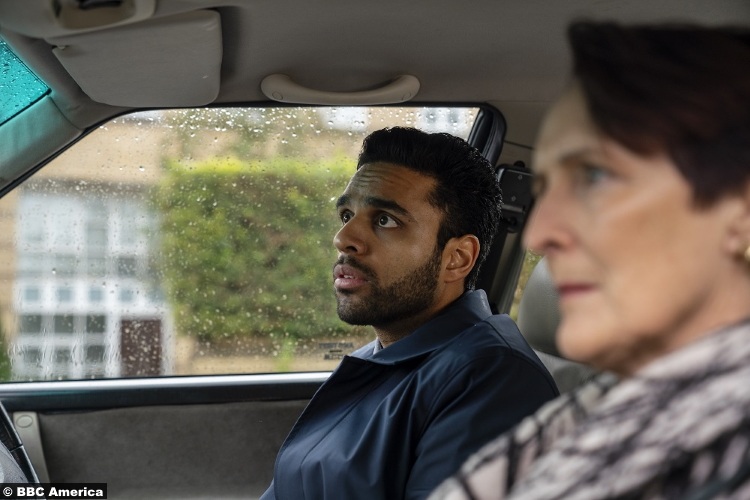 But Villanelle isn’t there for Eve, as she firmly yells. Eve assumes she must be there for Carolyn and frantically tries to get in touch. However, her second assumption is incorrect as well. Because Villanelle is there for Kruger, now in the backseat of Carolyn’s car. And now he’s gone, taking what he knew about the PANDA account with him.

Eve still doesn’t have much in the way of Kenny’s death, but at least she does have that teddy bear with its recording from Villanelle.

7/10 – In writing this, I think I talked my way around into a higher score than I was originally going to give. This wasn’t a bad episode by any measure, but it’s just frustrating to me that so much of Eve’s motivations still remain obtuse.

*If Kenny is really dead, then who killed him? I don’t think it was Villanelle, but what if it were? I can’t even say that Eve would never forgive her, because she sure forgot about Bill with a quickness.