As I said last week, this season has wasted no time in establishing what the stakes are. But then again, we knew that already. Eve detonated her marriage, lost coworkers, and even almost lost her life in her pursuit of Villanelle. It would be understandable if Eve never wanted to hear about Villanelle again. 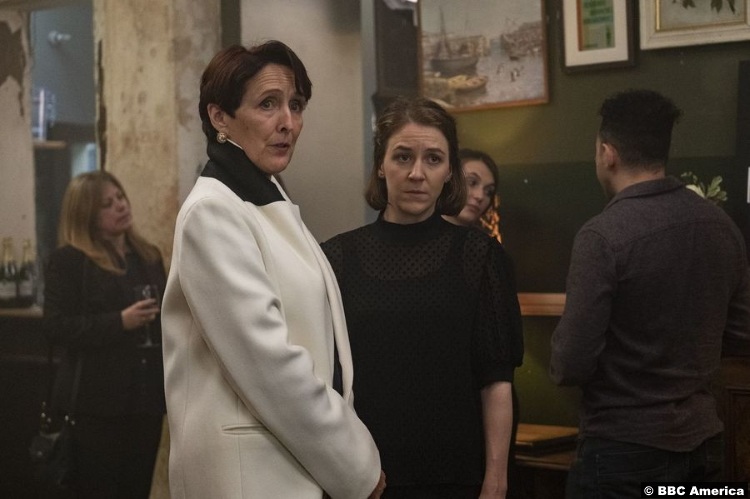 But Carolyn can’t abide that. In the wake of Kenny’s death, I’m sure she feels like she needs someone whom she can trust to work on solving it. And I’m sure it helps that Eve also doesn’t believe that Kenny jumped. I think she’s still ambivalent to negative on the prospect of seeing Villanelle again, but I also believe there’s a part of her that misses the action. She did, after all, keep Kenny’s phone.

And yes, you could argue that she was in shock or like she said, that she legitimately forgot. But I don’t believe that. She knows the danger, maybe better than anyone, but she just can’t help herself. She loves having a mystery to solve.

And as for Carolyn, she’s got to do something with her grief. She can’t work, because they treat her like an oddball for being back at the office so soon. And she can’t be home, because her daughter, Geraldine (Gemma Whelan), doesn’t understand the way Carolyn grieves. It’s not talking about your feelings, like Geraldine would like her to do, and it’s not getting drunk and yelling, like Eve. It’s quiet and it’s quietly devastating. For all the prickliness that seemed to exist between them, it’s clear that Carolyn loved her boy. 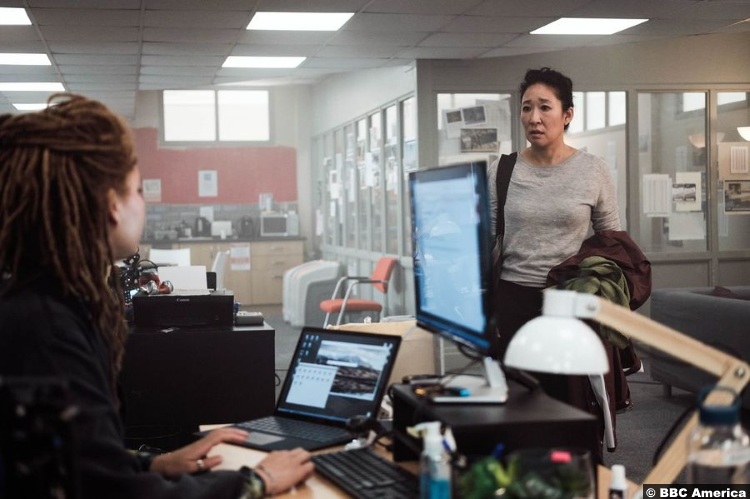 Maybe seeing that and seeing her acknowledge it is part of what motivates Eve to get back-ish into the game. And then there’s also Kenny’s boss, Jamie (Danny Sapani), at Bitter Pill messaging about the phone. I’m a little wary of him. Either he’s quick to judge or he knows an inordinate amount of information about Eve and I want to know how he knows. Did Kenny tell him? Or does he have a connection to The Twelve?

I dunno, he just seemed really desperate to get Kenny’s phone back. (I’m really desperate to know why Kenny’s lockscreen is a photo of his own face.) And then there are those work files, which relate to whatever Twelve-related thing Kenny had stumbled upon. Whatever thing it is that got him killed.

And now Konstantin knows all about it, thanks to that London bus magnet slash bug he gave Geraldine. I feel like that would be the kind of thing that Carolyn would notice immediately. [Extremely Carolyn voice] “What is that dreadful thing on the coolerator?” (I assume that’s what British people call a fridge. I dunno, every British-set mystery/thriller I read makes sure to point out when someone has an “American-style” fridge. How else would you keep your tea cold?) So, yet another example of how she’s off her game now. 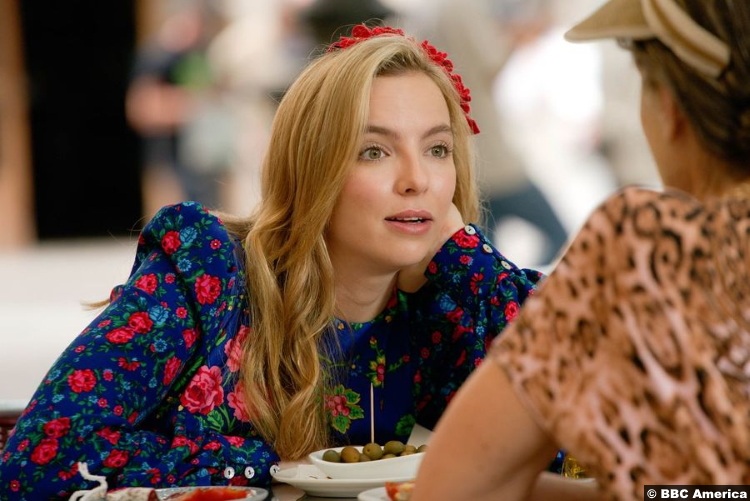 Anyway, Konstantin is still stuck in London for the time being, but like his former charge, he doesn’t always follow the rules. So he surprises her in Barcelona, by waiting for her in her new flat, and then he really surprises her. I’m surprised myself that she apparently thought Eve was dead, but as Konstantin says, if you don’t make sure, then you don’t know for sure.

That’s, of course, the last thing Villanelle needs right now, as she’s trying to move into management (see the episode title). To that end, she’s given a freshly-trained newbie to accompany and oversee on a job. And I have to say, I am questioning the training. Yes, it produced Villanelle, but she’s a psychopath. Felix, the newbie, seems too green, too emotional. 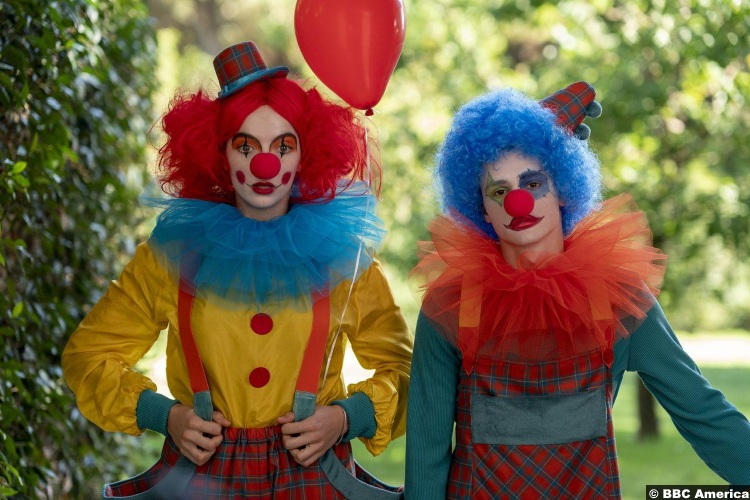 After all, the killing in his past to which he alludes was emotionally-driven. And when the clean and clinical job he’s supposed to do goes sideways, his emotions get the better of him. I’m just saying, I’m not sure he’s cut out for this job. But now we’ll never know, because his supervisor terminated him. Permanently.

8/10 – While this episode was more killing time than anything else, there were parts of it I really liked. For example, I especially liked that we got to see another side to Carolyn. That bone-dry wit and unflappable demeanor was actually hiding a real live heart. Who knew? And now both Eve and Villanelle are aware that the other is alive and kicking, sometimes literally. It’s not quite “game on” yet, but we’re edging ever closer.