In case y’all missed it, the premiere date for the new season was moved up, at least in the United States. In the literal sense, I didn’t miss it.* But did I miss it in another way?

I’m not sure. While I enjoyed her performance as Camilla Shand, the future Duchess of Cornwall, on The Crown, I wasn’t a huge fan of Emerald Fennell’s season of Killing Eve. This season, as usual, we have another new showrunner, Suzanne Heathcote. As with Fennell, I’m not really familiar with her work before this, but I hope it works out.

As I noted last season, one of the things the new showrunner has to do at the beginning is to unpick all the threads from last season. Last season ended with a literal bang, but despite the name of the program, Eve isn’t dead yet. And despite the name of the show, Eve isn’t the star attraction. It’s still the Villanelle hour, mostly. And she’s moved on, in a manner of speaking. Well, in a manner you’d expect only from her. She’s getting married! 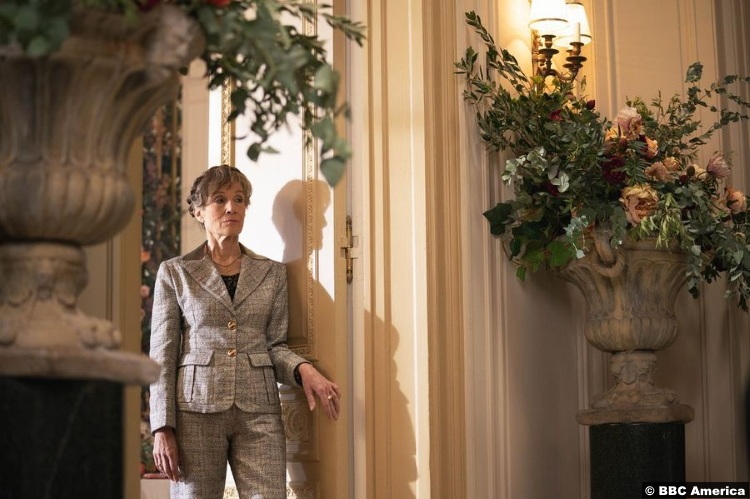 The blushing bride, a beautiful Spanish lass, clearly has no idea who the real Villanelle is. Even after V’s wedding toast rhapsodizes more about her wealth and mentions that she’s glad her “ex” is dead, it still doesn’t register. (The guests, however, don’t seem to find Villanelle as enchanting as her wife does, though.) Then an older woman, identified in flashback as a real firecracker named Dasha (Harriet Walter), crashes the wedding. And all hell breaks loose.

As we learn, Dasha is the person who turned a young and wild Oksana into the efficient killer we know today. And she wants her to return to the fold, as in, return to The Twelve. Villanelle seemingly has no interest in being just a hired killer again. She wants to be a “Keeper.” Whatever that is, it’s a position higher than Konstantin, who, of course, is still kicking around. He may have the strongest longevity of anyone on this show. 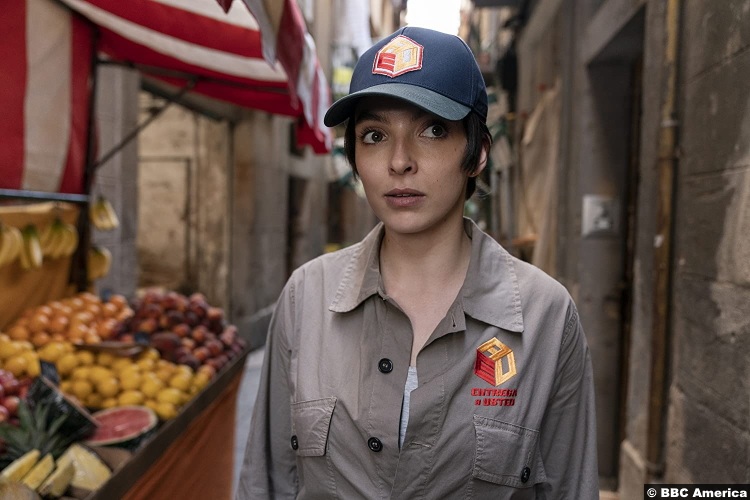 Dasha promises Villanelle the world and she still ends up having to kill someone, a spice shop owner in Spain. V seems a little rusty at it, but she gets the job done. I don’t think the killing is supposed to be an echo of the one we see Dasha commit at the beginning, though. I think Villanelle is poking her. She is always most dangerous when she’s bored or betrayed. Speaking of, wait ’til she finds out that her ex isn’t actually dead. 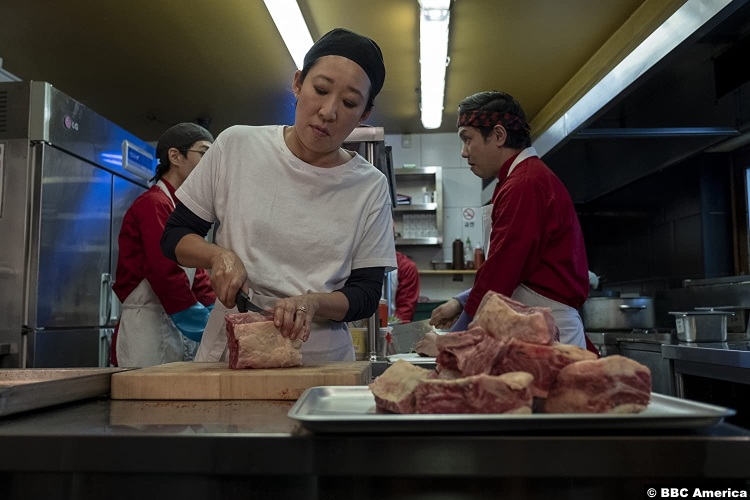 And I won’t even say anything snarky like “She might as well be.” Despite the fact that her life is a mite bit more sedate than it used to be, Eve seems pretty okay. Or at least, she seems like she’s trying to convince herself she’s okay. But I think it’s a very fragile peace. Does she refuse the front-of-house job at the restaurant because she truly enjoys the meditative nature of the kitchen? Or is she scared to be so public?

It certainly seems like she misses part of her old life, hence why she reaches out to Kenny. After the Roman debacle, he’s now working for an internet publication, but he’s still looking into The Twelve. His mom is still at MI-6–they’ll probably wheel her body out of the building one day–but she has her own hot water to escape there. Including, hilariously, unpaid-for meals in the commissary. I’m sure she’ll be fine, though. I was going to say that Carolyn strikes me as a woman who always lands on her feet, but that seems like woefully inappropriate language this week. 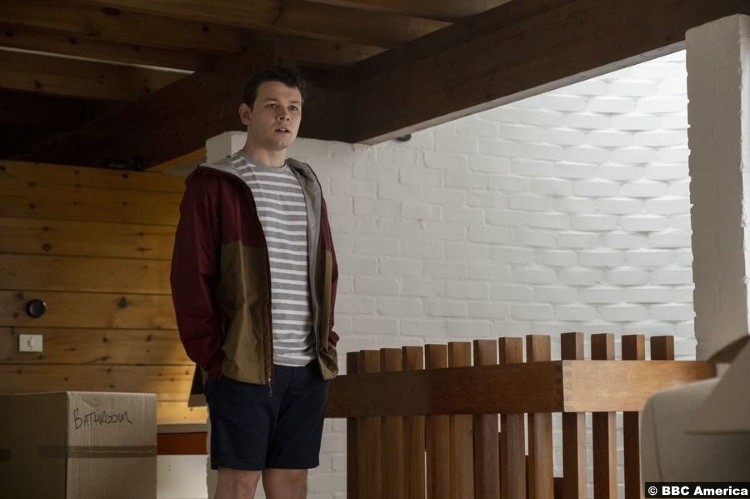 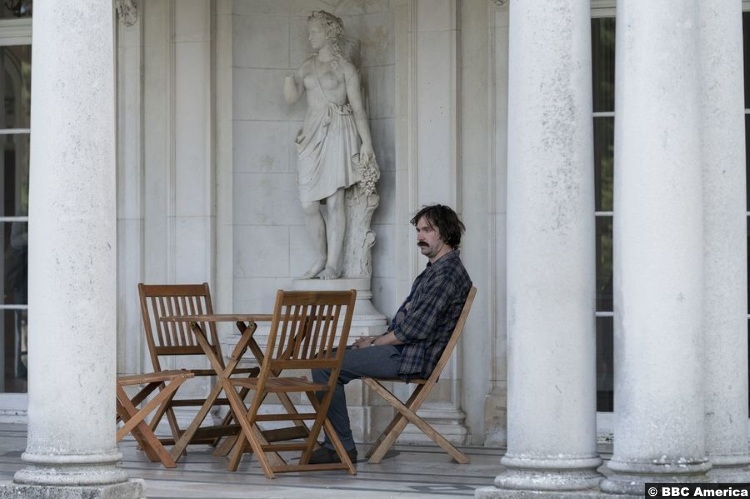 But before we get to that, back to Eve and her solitude. She’s alone in part because Niko is at what appears to be a care home. And honestly, who can blame him? He suffered from trauma. A girl was killed in front of him! And he has to live with the guilt of knowing that it happened only because she crossed paths with him. (Not to mention the whole part where her family was told she killed herself.) While he’s harsh with Eve, he’s earned that. Because these are the consequences of getting too close. You might have been able to ask Kenny about that, but you know. Not anymore.

8/10 – While it seemed like a slow start at first, this season has wasted no time in establishing the danger.

*And sorry about the delay. This is the tornadic time of year, so I had some technical issues this week. (Uh, I was watching the episode and then I had to get in a closet.)