In the fall of 1952, nine countries participated in a naval training exercise in the North Atlantic Ocean (and related bodies of water) called Exercise Mainbrace. Eighty thousand men on 203 boats and 1000 aircraft practiced defending Scandinavia over a period of just under two weeks in September. And as US Air Force Captain Edward Ruppelt, who was in charge of a little program called Project Blue Book later wrote, “[N]o one really expected the UFOs to show up.” But they did.

The first sighting was on September 13th. A Danish crew saw a triangular object careening through the sky. Within the next week, there were multiple other sightings and not of the same object. On the USS Franklin D. Roosevelt, for example, several crew members and a reporter saw a silver ball hovering above them. Incidentally, the photos the reporter took have never been made public. 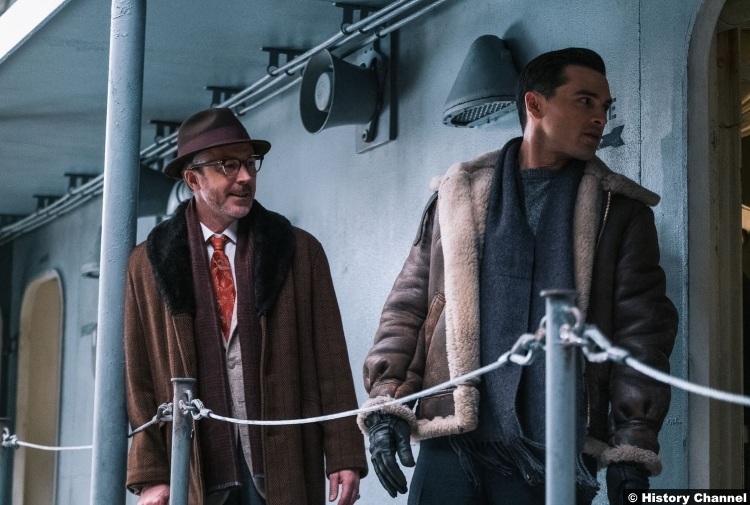 But this is the atmosphere in which we find Dr. Hynek and Captain Quinn this week. They’ve been officially assigned this investigation by Senator Jack Kennedy (aka future president JFK for our non-American readers). And in return, he wants them to report their findings only to him, not the generals. Boy howdy, they’re gon’ love that.

At first, there’s really not much to report. Although there had apparently been sightings, when they speak to the men on this battleship, “no one saw nothin’,” as I wrote in my notes. But that’s not true, of course.

One of the things they’ve definitely maybe been seeing is a ghost ship. Now sometimes the phrase “ghost ship” refers to any sea vessel without a crew onboard. There have been famous ghost ships throughout history, like the Mary Celeste, for instance. But presumably, they’re real ships. This ghost ship, that the men of the USS Wisconsin keep seeing, may or may not be real. It does keep disappearing, after all.

And every time they see it, they see something else. One of those triangular shapes, like the one Senator Kennedy described, follows in the ship’s wake. Once Hynek and Quinn are on the Wisconsin, and they see the ghost ship, though, Hynek is determined to get on it.

It turns out to be a trawler that left Shanghai two days previously. Covering that much earth in such little time would be a stunning achievement on its own. But this boat also has a full tank of gas. That’s not the only strange thing, though. The fishing boat looks like it parts of it were exposed to great heat–there’s melted and warped glass and wood in the main cabin. And there’s one terrified survivor.

Unfortunately, he doesn’t have much valuable information to tell, except he does mention cities under the sea. Great, write that down. 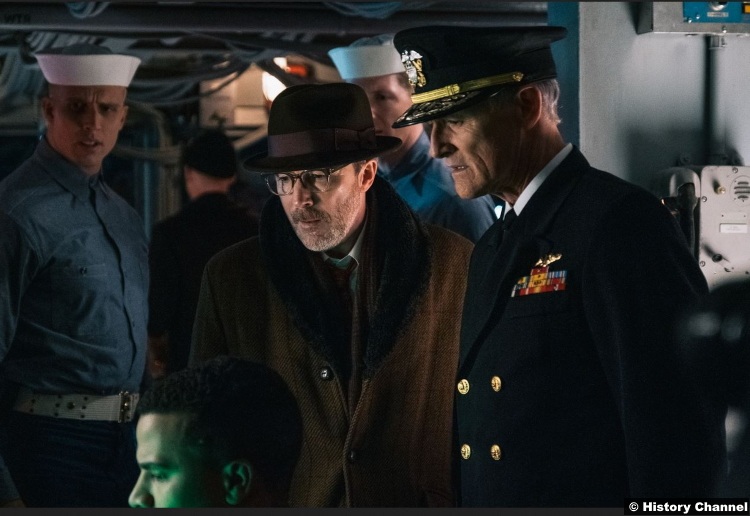 That little excursion gets Hynek and Quinn sent to the brig, but before they get locked up, the triangular craft returns. So Quinn steals a submarine–very on-brand–and goes to check it out. What he sees exactly is unclear, but he reports back that “It’s not a cave, it’s something else. It’s beautiful.” And then the Wisconsin’s admiral, determined that these anomalies are of Russian origin, orders the release of depth charges. Quinn and the mysterious craft blink out of existence. I don’t mean he gets blown up–I mean it all just vanishes.

And of course, Dr. Hynek doesn’t believe that Quinn’s really dead. He ends up plotting all the sightings on a map, which leads to the realization that they all make that one alien symbol from last season. And then he goes to the end of the world–literally, Fin del Mundo in Argentina–to find the Man in Black. Because he figures if anyone can help find Quinn, then it’s this guy. I mean, I guess. 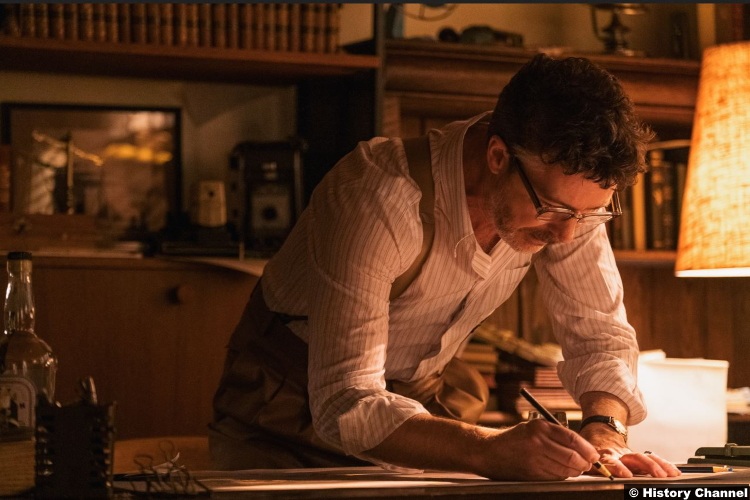 Meanwhile, back in Ohio, Mimi agrees to speak with Susie. Susie’s made it clear that she’ll only give up information to Mrs. Hynek. And she does, giving her the location of and relevant info for Daria. She also clearly passes another message.

Later, we find out that Susie had told Mimi that she’d hidden something in Joel’s room. It’s a letter and a photo of Susie’s daughter. When Mimi goes to the address on the correspondence, the girl is there. And she’s wondering when her mommy will come back. Yeah, me too.

8/10 – While not the most electrifying season finale, this episode still set up plenty of intriguing new stories for a possible third season. And there are still lots of UFO investigations to cover. So I hope History renews it, but who knows what’s going to happen these days.