But before we get to that, let’s start at the beginning. If they told us when this was taking place (in relation to the last episode), then I missed it. But I like to imagine that it’s like, five minutes after we saw them last, because Quinn looks like hell. 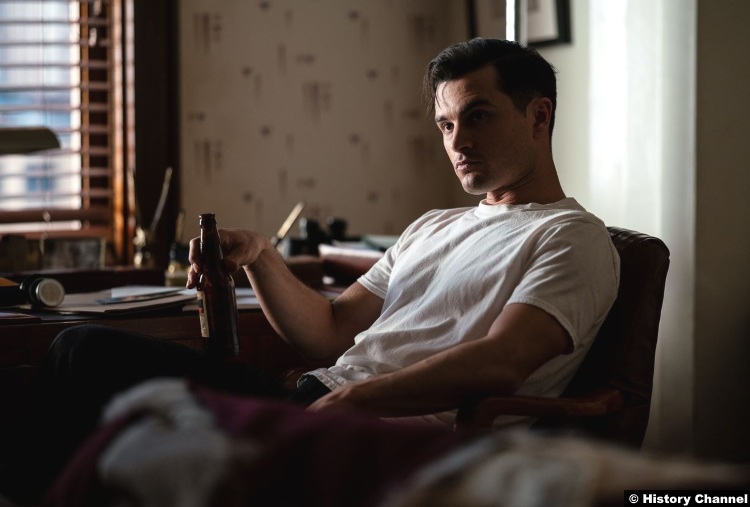 You genuinely hate to see it. But after learning about Susie’s betrayal, plus the umpteenth shutdown of Blue Book, he has nothing to do, really, but sit around and drink. I mean, he could clean his place up after the FBI tossed it while they were looking for listening devices, but sure. Thinking and drinking.

After many, many phone calls that went unanswered, though, Hynek goes over there. He has a case! Yes, again, there’s technically no Blue Book, but that can’t stop them from going and investigating, anyway. Nothing’s ever stopped them before, at least.

And this is a pretty interesting (and time-sensitive) case. The Royal Canadian Air Force has reported a strange incident. An unidentified, but surely human-powered aircraft showed up on their radar. The pilot seemed reticent to give ID, but even when he tried to say something, the radio was all screwy. Then another unidentified craft showed up and both of them disappeared.

Got it? Okay. Now let’s go back in time. On November 23, 1953, Air Defense Command picked up an unidentified craft on the radar near the Soo Locks in Michigan. The nearby Kinross Air Force Base scrambled a Scorpion, piloted by First Lieutenant Felix Moncla, Jr., to intercept it. Back at the base, Ground Control watched as the two blips–Moncla and whatever the hell he was tracking–approached each other.

Then the blips became one. They assumed at first that one craft was above the other. They also considered the awful possibility that they’d collided. But then one blip continued on. And Felix Moncla was never seen again. Search and rescue operations were unsuccessful. However, one SAR pilot believed he’d heard Moncla transmitting a message about 40 minutes after he disappeared. Nevertheless, no trace of him was ever found. 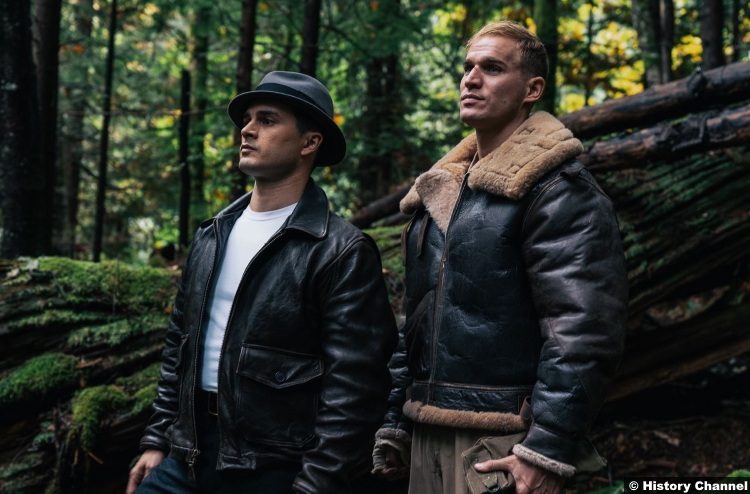 Now back to the show. After speaking to some of the brass from the RCAF, Quinn and Hynek head out to speak to locals, figuring they might have seen something. And they did. That leads them to the woods, where they find both of the men who were in that plane. And they’re both acting shifty.

It isn’t until they find the plane, though, that they realize why. All the markings on the instrument panel are Cyrillic. We’ve got Russians, boys. Oh, and it gets worse. They were carrying a nuclear payload, which is…somewhere in the woods.

After some tense moments and begrudging negotiation, they find the bomb and let Dr. Hynek disarm it. He realizes, though, when he is literally inside a bomb that the plutonium core feels a little light. 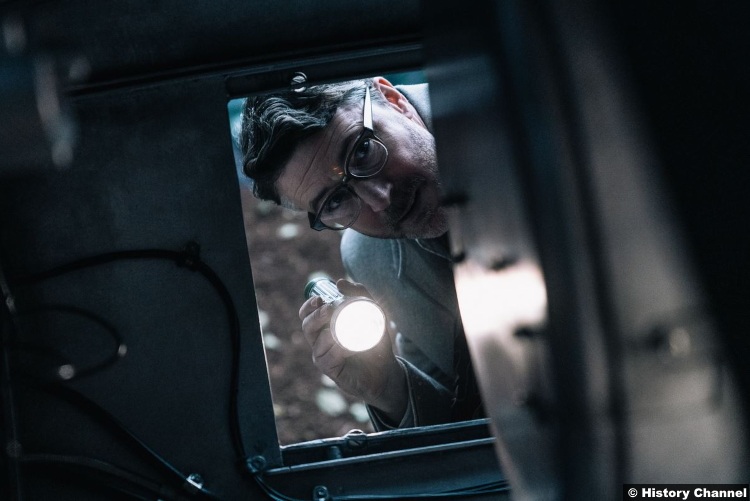 Hynek believes that it always was, that the Russians sent these two over just to see how they’d fare. The Russians, though, don’t believe this. Maybe it’s an unwillingness to doubt their government, but maybe it’s something else. Because they suggest that whatever that other craft was, it took the plutonium. Like, maybe the aliens are trying to save us from ourselves. (Y’all got a coronavirus vaccine? Hit us up!)

They don’t have a lot of time to talk this over, though. The generals have been alerted to the “broken arrow,” which is basically a term for any accident involving a nuke. In this case, it’s the misplacing of one. So they’re up in Canada when they find out, to their mildish surprise, that Blue Book is also there. So it’s all hands on deck, sirens blaring, and then they find the four men in the woods. The fate of the Russians is undetermined.

But hey, Blue Book is back in business. And they’re barely back in their office before they get a very special visitor. Senator Kennedy has come a-calling. 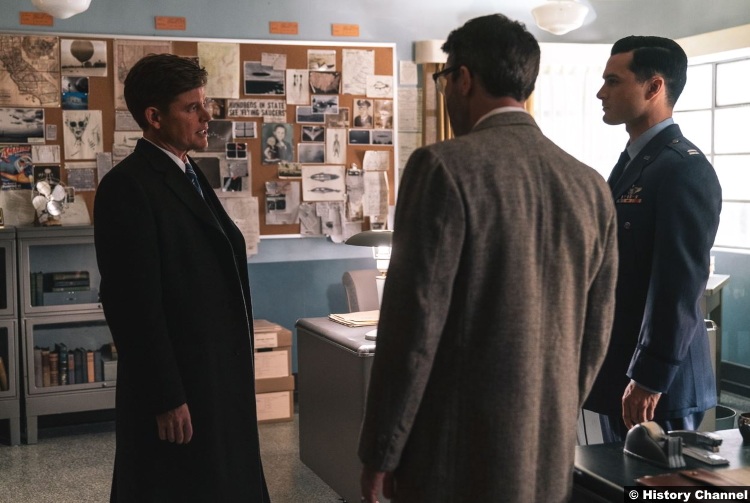 He wants them to look into an incident involving a destroyer. In case you’re not up on your military terminology, a destroyer is a boat–a warship, to be exact. And this particular warship found itself being followed by a strange triangular vessel. But it didn’t come from the sky–it came from the water. Boys, we have an unidentified submerged object!

9/10 – Even though this is not my favorite kind of case–spooky–this was still a great episode, full of nail-biting moments. And I must also commend Caspar Phillipson, who does an insanely good JFK, especially considering that he’s not a native English speaker. (He’s Danish!)