The Outsider S01E08 Review: Foxhead – The Tennessee scenes were nerve-racking!

One thing I haven’t been able to work into a review yet is Claude Bolton (Paddy Considine). Claude, the bouncer at the Peach Crease, the business with the incredible name, is the monster’s latest patsy. At least, that’s what the team thinks.

Or at least, that’s what Holly thinks and what she’s angling to convince the team as the episode begins. When the monster was still wearing Terry’s face, it visited the Peach Crease. In an echo of the real Terry’s encounter with the Heath-faced monster, Claude was scratched. Holly has theorized that this is how the transmission begins, so it’s likely then that the faceless monster is becoming Claude right now. 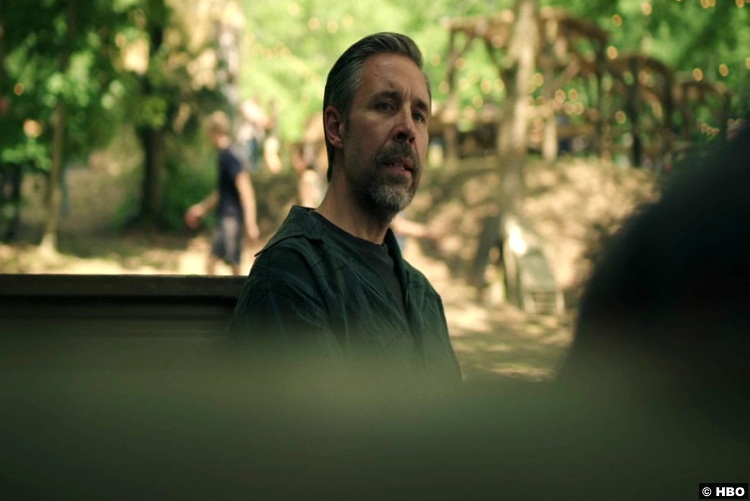 Claude, of course, knows nothing about the monster, but he knows something isn’t right. He’s taken off to Tennessee to visit his brother, Seale (Max Beesley), to whom he confesses the truth. He’s quit his job and left Cherokee City and he can hardly sleep for fear of something coming. As he explains, “It’s like when you’re in prison. You know something’s about to go down, but you don’t know what, where, or when, and you know for a fact that it’s gon’ be as bad as it gets.”

Of course, Claude doesn’t know that there are forces working behind him. It’s almost like pronoia, the belief that the universe is conspiring for you. To that end, the team is theorizing that if they were to watch over Claude while Claude-Face did something bad, then the monster couldn’t hide behind its old tricks and they could force the monster to make a move.

It’s not a bad plan, but it would have been a little bit better if they hadn’t had Claude detained like a criminal. I mean, I know he is a criminal, but not in this case. Then again, it’s not too bad an experience for him–he regales the local cops with tales of the Peach Crease ladies–until his brother shows up. Seale ends up getting tased and put in a cell with him. Again, a lot of ado that could have been avoided. 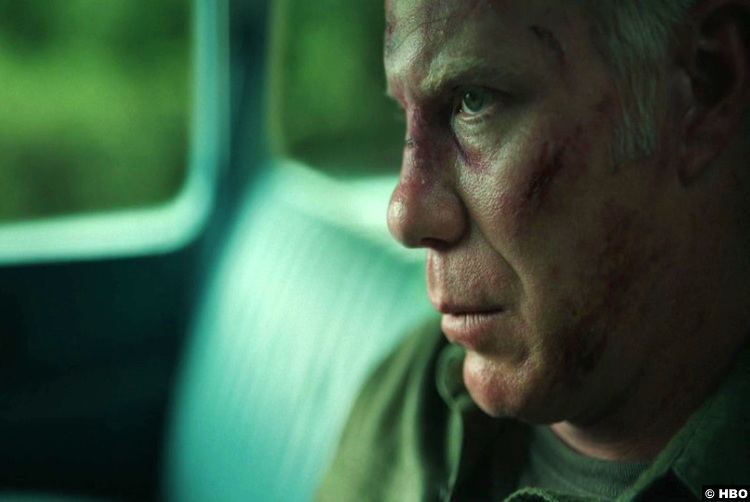 While Jack carts around the monster so it can feed–gross–and the team makes its way to Tennessee, Seale’s town, Cecil, gets ready for Cavestock. It’s pretty much exactly what it sounds like: a funfest celebrating their local cave system. Some people know how to party.

Anyway, the team makes it and springs the Bolton brothers from jail. Then it’s time to tell Claude why they’re there. As you might expect, it’s a little hard to take. Unlike Ralph, though, he accepts it pretty quickly. As soon as Holly asks how he’s been feeling lately, he’s like, “Fine. Bad.” 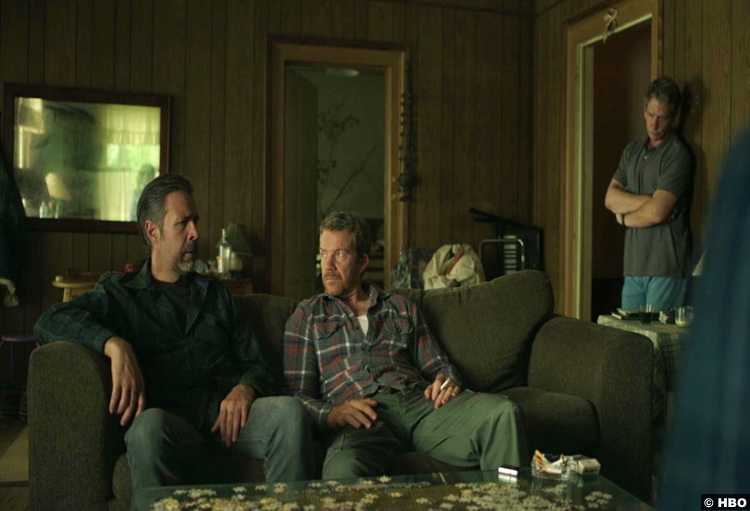 So they all camp out at Seale’s house, while an unsuspecting family attends Cavestock. It’s all pretty typical there, until a man in a fox mask tries to lure their young son away. Thankfully, the boy’s older sister sees it happening and is able to raise the alarm. Cavestock attendees stop the man before he can take the boy, and the boy’s dad tackles the fox-man, taking off the mask. The man gets away, though, and it appears as if he scratched the dad.

The next morning, Howie and Alec show up. Not too long after that, the police follow, unsurprisingly. They want to talk to Claude, even after the posse of police and investigators assure them that Claude’s whereabouts are well-accounted for. Then they’re shown a video from the previous night, the moment when the boy’s dad unmasked the fox-man. Looks great! 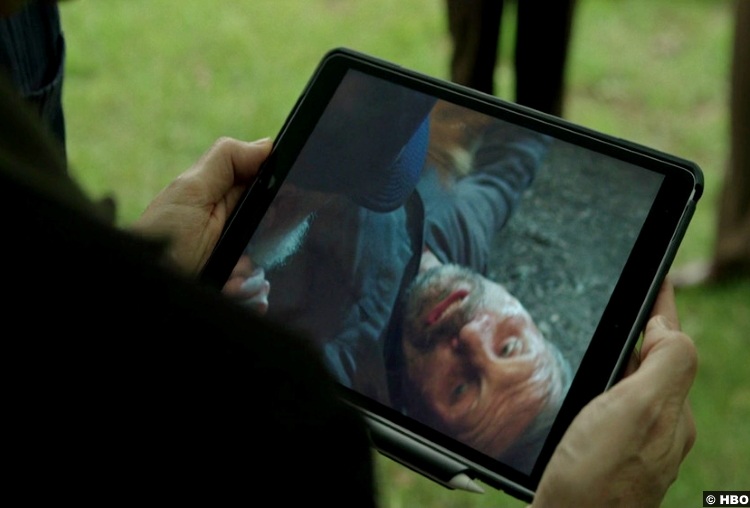 As Holly and then the others realize that the monster is there, in the town with them, the Claude-monster sits in a cave, feeding on a deer. And waiting. But waiting for what, it doesn’t know yet.

8/10 – While a lot of this episode was folks sitting around and talking, whether in vehicles, on the back of vehicles, or in living rooms, it wasn’t as boring as it might sound. The first half was a little leisurely, but the Tennessee scenes were nerve-racking, even if we could kind of predict what was going to happen.

Also, I noticed that several scenes were shot with something obstructing our view of the focus of the shot (see the first picture for an example). It kinda parallels how our view of the monster is obstructed until that glimpse of the video and its beautiful, beautiful face.