I feel a bit divided on this episode. On the one hand, it’s kind of a slow-mover, like “Tear-Drinker.” On the other, I kinda dug its contemplative vibe.

For one thing, we got the best look we’ve gotten so far at Jack’s thinking. He knows he has a head full of snakes, but he can’t free himself. He wants to do the right thing, but the monster has too tight of a grip on him. 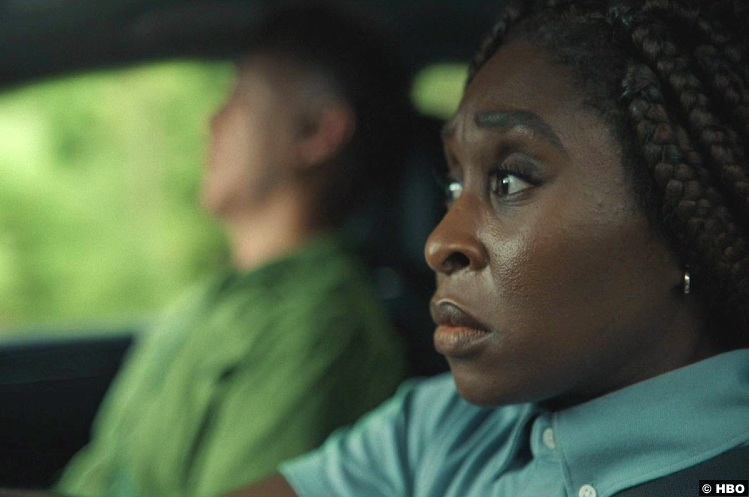 But even so, he can’t bring himself to stop Holly, not fully. And so she’s able to escape, in a scene that I found excellent. You’ve seen this kind of thing before. I can’t count how many books I’ve read* that feature a scene where someone tries to escape through a tiny window in a gas station or motel bathroom. Nevermind that I’ve never actually seen a bathroom in a gas station or a motel with a window. There’s always that scene where the would-be victim tries to break the glass quietly and then shimmy through that unforgiving space. 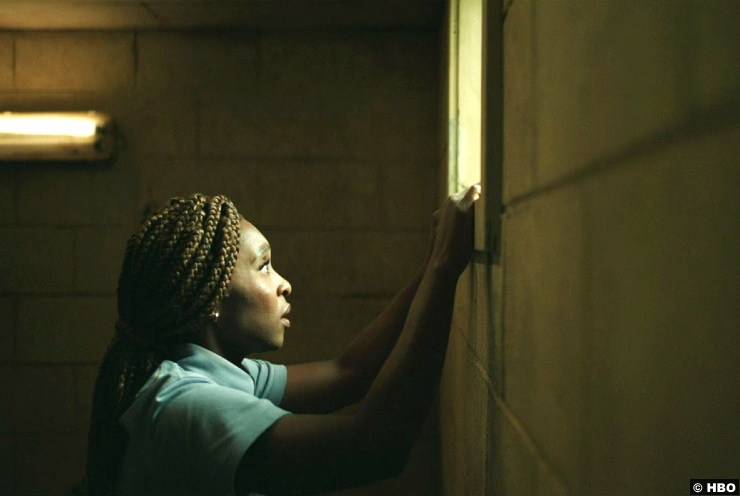 Holly, though, must have read the same books and realized that it almost always is a futile gesture. So she uses the window to create a distraction, so she can escape out the door. Separating the keys for her rental was also good planning–maybe we should all tuck that one in the ol’ mental file just in case.

Because although Ralph and the others have realized that she’s missing, and that Jack is likely with her, it’s Holly who frees herself. She’s her own savior. And even though she’s stuck in a car for half the episode, she’s moving. That’s more than we can say for Ralph. 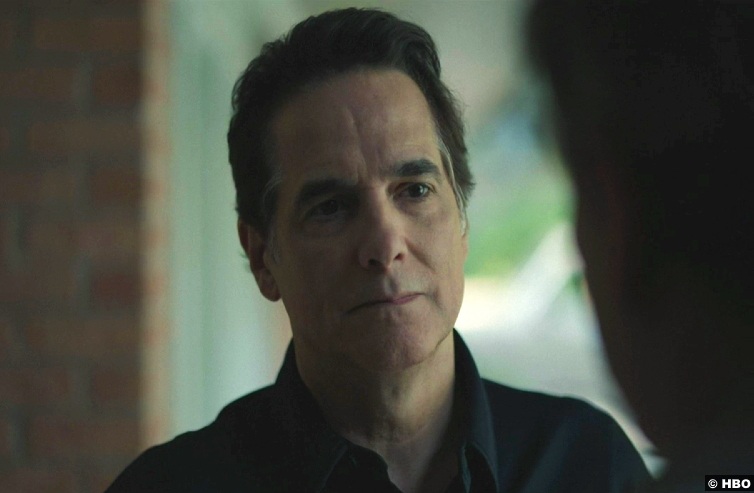 Again and again he comes close to accepting that what’s going on is beyond his normal experience. But he just can’t seem to make that leap, even though others, like his wife and Yunis, are running out of patience. He’s trying, though, and sometimes that’s what counts.

Glory is also trying. After that terrible moment for her when she had to consider that her husband may have done an awful thing, she’s taking tentative little steps toward moving on. To that end, she goes back to work. It turns out to be a huge mistake–the prospective buyers she meets are more interested in eyeballing the maybe-killer’s wife–but that isn’t her fault. Sure, maybe it’s too soon. But again, it’s not her fault. Nothing that has happened has been her fault. 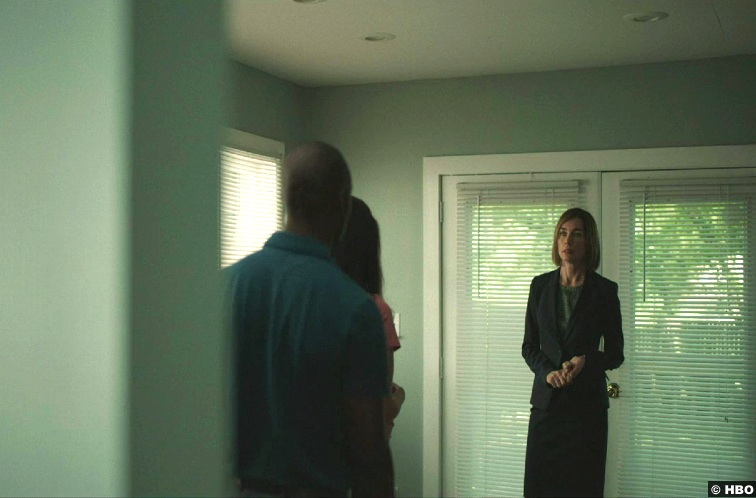 But maybe being and feeling like a victim has her feeling like that bug we see in this episode, flailing on its back. She doesn’t want to be a victim anymore. She wants to be aggressive. I don’t know if her impending lawsuit, against all the institutions that failed her husband, is a good idea, though. Like Ralph is learning, they couldn’t have seen this coming because none of them knew what “this” is. 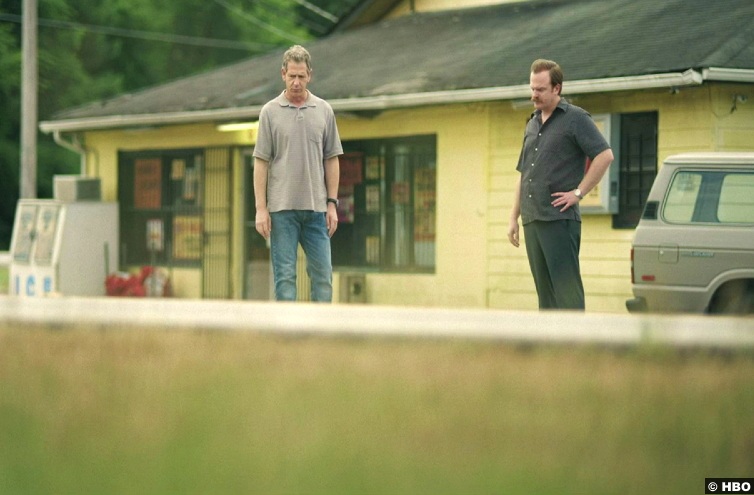 I’m not trying to excuse Ralph or say that he didn’t make any mistakes. That public arrest, for example, was a real shitshow. That definitely could have been handled better. But again, he thought it was a usual case.

In other news, Andy’s showing up is peculiar to me. Not his coming to town, although that’s certainly a big gesture, but…how did he know how to find Holly? I know there are ways to explain that, but I just wish they had. As it is, it makes him seem suspicious, especially when he’s so gangbusters about joining the investigation.

And a note on the city name: I’ve been curious as to why they moved the action from Oklahoma to Georgia. I can’t help but notice the city name, especially when they do a close shot on a sign featuring it. I also noticed that the sign cut out most of the word “City,” so that you focused on the word “Cherokee.” Is that intentional? In the grand history of the Cherokee people, one of the most famous events was one that was so marked by sorrow, it was incorporated into the name. It wouldn’t be surprising if the show is alluding to that, to the intergenerational trauma policies like “Indian Removal” caused. The monster, after all, isn’t content with taking one victim. It wants to spread the pain as far as it goes. And in these parts, it bled into the ground.

8/10 – Again, while this was a slow-moving episode, with little real development, I liked it. The moodiness of it was perfect for scenes like the ones between Jack and Holly in the car, where Jack struggles to understand why the monster would come after him. The answer, of course, is pain. So maybe they can start paying the monster back soon.

*After I wrote this, I took a break with the book I’m currently reading and immediately read a scene where a character was in this exact scenario.