The Outsider S01E06 Review: The One About the Yiddish Vampire – A welcome return to form!

Back in episode 3, I mentioned the difficulty of trying to remain rational when you’re a character in a Stephen King story. So far everyone’s been able to keep their heads. But now as Holly has gotten closest to what feels like the truth, and she has to present that truth to everyone, it’s going to get a lot harder to stay level. Because there’s a bogeyman out there.

And it seems like the bogeyman doesn’t work alone. Last week, we saw a young man, Tracy Powell, get gunned down by the police. He had the same blistery burns as Jack, remember? Well, Powell’s cousin was Heath Hofstetter, the supposed Dayton killer. He knew the murdered girls and his prints were also found on the scene. The outsider, whatever or whoever it is, may be the one committing the murders, but it can’t do it without help. 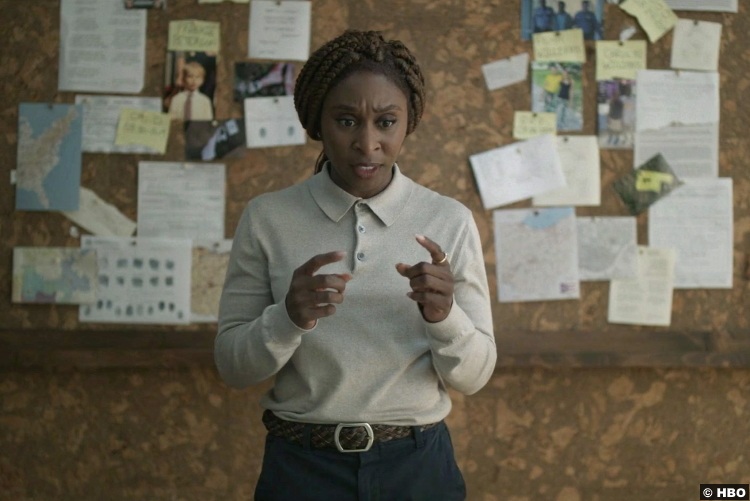 Holly, newly arrived in Georgia, hasn’t fulled fleshed out that part of her theories yet, but she presents an edited version to a crowd that includes the Andersons, Yunis, Glory Maitland, Terry’s lawyer Howard (Bill Camp), and Alec Pelley (Jeremy Bobb), Howard’s PI. It goes over about as well as you might imagine. Most of them can’t abide it, won’t even entertain the notion that something supernatural is happening here. Glory is outraged. And even though you know she’s a character in a Stephen King story, you can’t blame her. I mean, the bogeyman? It’s so beyond the realm of comprehension that she has to confront the terrible possibility that her husband really committed a crime that brutal. 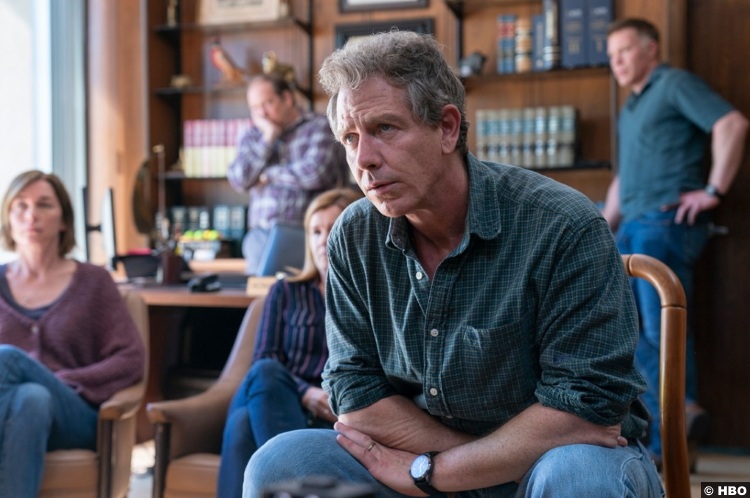 Outside of Alec and Yunis, only Jeannie Anderson is able to sit with the idea, to really consider it. But then again, she’s seen the outsider. She’s talked to it. Ralph might have, too–his visions of his son could be just him seeing what he wants to see. But he can’t fully accept this, and tries to push Jeannie into his reality. It’s understandable. You want to believe that you live in a rational world. If you’re seeing visions of your late son or even a stranger who’s crept into your home, then it’s just a manifestation of grief. It’s not real. Monsters aren’t real.

But if this monster isn’t real, it sure left some real-looking monster goop in the Andersons’ home. I know it’s hard to fathom, but how much spooky ooky evidence do you need to see before you accept that there’s something strange in the neighborhood?

Maybe that’s part of this thing’s magic, though, that it can cloud your thinking. After all, it can make you see things that aren’t there, so why wouldn’t it be able to make you doubt what you see? And on that note, there’s Jack. Jack certainly knows all about seeing things that aren’t there, as he spends an extended sequence of this episode getting his ass kicked by his late mother. 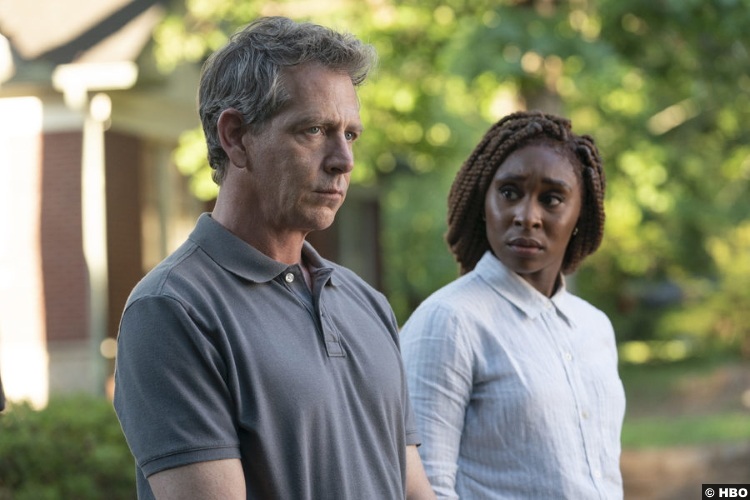 It’s strange, though, that no one else seems to notice the aftereffects. I mean, sure, he’s kind of a roughneck, the kind of guy with a “you should see the other guy” line ready to go, but still. Especially in light of how squirrelly he’s been acting, it’s weird to me that no one picks up on it. Then again, they do have pretty full plates. And Tamika is really the only one who seems to have clocked how off he’s been lately. Maybe that’s why she skipped the meeting.

But even though Holly’s just met the man, she too can tell that something isn’t right. And that’s before she sees the blistery burns on his neck, the same kind she photographed on Tracy Powell’s body. At episode’s end, Holly and Jack are alone in a car together, headed nowhere good. These characters are going to have to start believing and start working together if they’re going to stop the monster. But right now, they just need to stop one man.

8/10 – This episode was a welcome return after last week’s kind of bummer episode. For one thing, it was directed by Karyn Kusama, who has a respectable number of interesting movies under her belt. Her movie The Invitation is probably closest in tone to this show, with the way it slowly builds on its creeping dread. She put that tone to good use this week and it almost gave me the shrinky dinks. (I am very hard to scare.)