Imagine if you were in a Stephen King story, but you didn’t know it. That’s the fate of all Stephen King characters, of course, but it seems particularly jarring for characters who are actively trying to solve a mystery. They’re used to, if not easy answers, then explainable ones, at least. They may have cases that haunt them, but they still have answers. They may not know the why, but at least they know the how.

That’s part of what’s bothering Ralph, who’s now on leave following Terry Maitland’s shooting. The more he tries to solve this case, the more it resists explanation. Even when they find a lead, everything makes less sense than before. 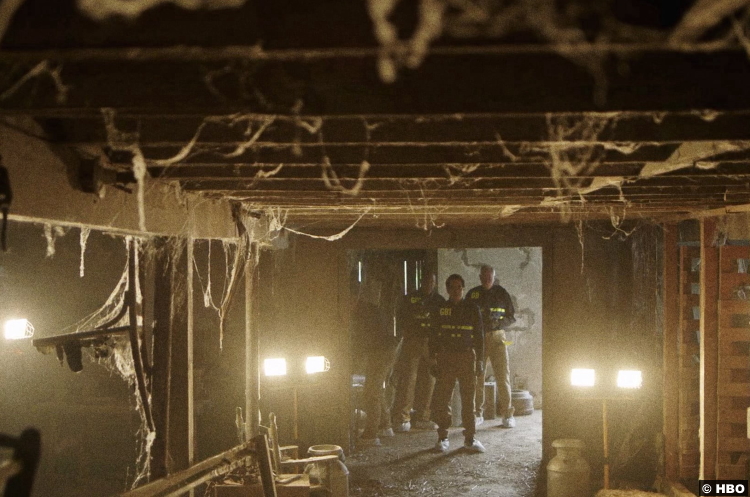 Take, for instance, the clothes they find. They’re clearly the same clothes that the witnesses describe seeing Terry wearing, including that telltale belt buckle. But they’re covered in some kind of goop (the technical term) that no one has been able to identify. (But at least it gives us all the chance to hear Ben Mendelsohn say “udder liniment.”)

And when irascible detective Jack Hoskins (Marc Menchaca) deigns to inspect the scene, something weird happens to him. We can’t see his assailant, but whoever it is does…something that causes blisters to form on the back of Jack’s neck. You know, regular stuff. 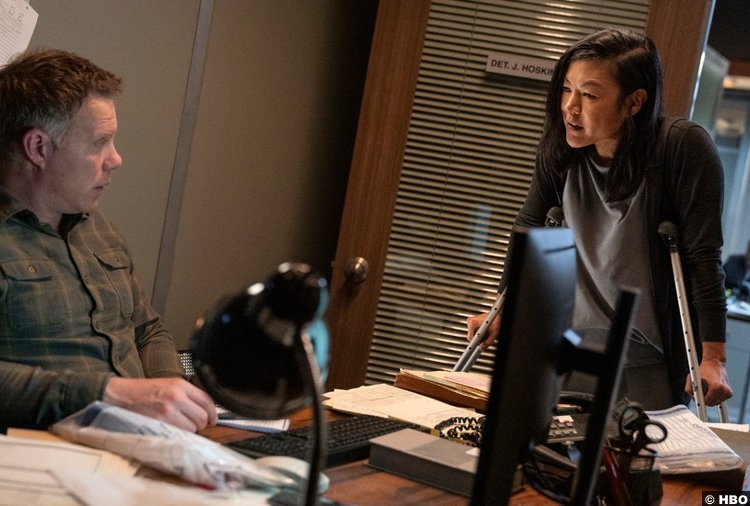 So this is all out of the ordinary, obviously. And when you have an unusual case, you need unusual people. That’s where one of my favorite Stephen King characters comes in. Holly Gibney (Cynthia Erivo) is about as unusual as it gets.

[Note: While Holly Gibney originated in the Bill Hodges trilogy, aka the Mr. Mercedes books, this is not the same Holly from the show. I’m not just talking about actresses–Justine Lupe played her on Mr. Mercedes, of course–but age and characterization. Lupe and Erivo are basically the same age, but book Holly is supposed to be older than both of them. In addition, this Holly is more of a savant than other TV Holly. She is, however, just as slippery emotionally.] 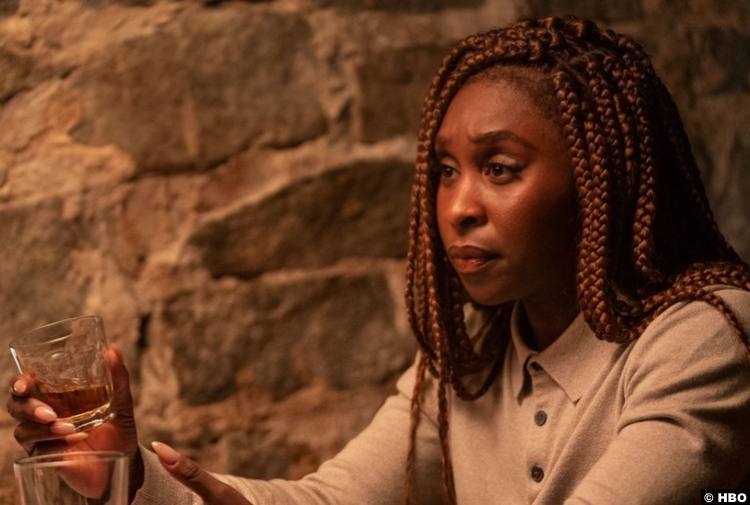 After suggesting the possibility that it’s doppelgangers, a possibility that Ralph can’t even entertain, Holly agrees to come aboard in her capacity as a private investigator. But of course, everything she finds out doesn’t seem to fit, either. She retraces the Maitlands’ movements in Dayton, for example, and finds a peculiar obstacle.

The front desk attendant at Terry’s dad’s nursing home–the whole reason the Maitlands visited Dayton–won’t let her talk to him. She also assumes that Holly is a reporter, there to talk about the unpleasantness that occurred, but she doesn’t seem to know that Terry is dead.

To put it another way, there seems to be something else awful that happened, even before the awfulness in Cherokee City. Whatever it is, it also appears to have precipitated a sharp decline in Pa Maitland’s mental faculties. Does that have anything to do with…well, anything? We don’t know. It’s just more questions. But maybe it has something to do with the other case Holly finds. Another dead child case–or two dead children, to be specific–and another accused man. This one worked in the medical field–whadya think the odds are that he worked at the nursing home? We can’t ask him directly because he slits his own throat while in custody.

But someone else is talking. “The Man” who visits young Jessa Maitland has a message for Ralph. After some hesitation from Glory, who is understandably reluctant to play ball with Ralph, Jeannie is allowed to coax out the details. Basically, The Man wants Ralph to stop. But he can’t. Not even when he tries to reassure Jessa that she needn’t be scared. She’s not scared, she tells him. She’s angry. Besides, she thinks The Man wants Ralph to be scared.

The Man, who used to look like her dad, but now looks different. Fingerprints that are the same but seemingly degraded by time. An echo killing in another state. A mysterious substance they can’t identify.

It’s almost funny. Every new detail they learn is somehow more ridiculous than the last. But it’s not funny. It’s a situation with at least 3 dead children in its wake and no solution, no suspect on the horizon as of yet. And it’s not stopping.

9/10 – Despite the bleak, BLEAK subject matter, Cynthia Erivo moves so fully into her character and plays off Ben Mendelsohn so well that it makes for a compelling episode.