After last week’s unimpressive outing, I was not looking forward to this week’s episode. “Ugh,” I typed in my work Slack, “I forgot Jughead was dueling someone this week.”

I was so mad about last week, even after grading it on a curve, that I completely forgot why Jughead and Bret were having a duel. But apparently, Jughead, who hasn’t told Betty about anything going on his life and used her life as fodder for his Baxter Brothers story, is defending her honor. Right. 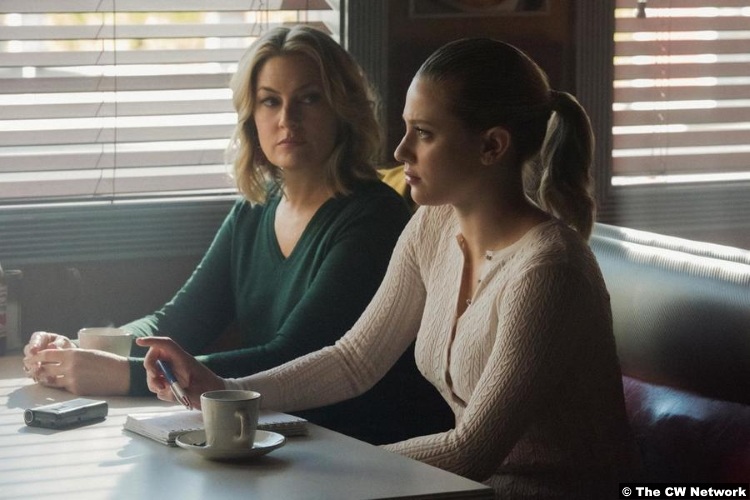 I’m just going to go with it. So this duel is actually a 3-parter. Well, a 2-parter and then a tie-breaker, if necessary. First, a traditional duel, like, with swords, which Jughead is definitely going to lose. And in a stunning upset…he loses.

Next up, fisticuffs. I was almost certain that Bret would lose this round, and I was right. So, time for sudden-death chess, I guess. This school makes me want to steal everyone’s lunch money. Speaking of, before the match, everyone’s so cold to Jughead that I thought maybe I’d missed something and he’d accidentally killed Bret. But no, they’re just being jerks because Bret lost. Donna calls it pack behavior, but I call it jerks of a feather stay together.

And on that note, although Alice pleads her guilt, Principal Honey still brings the hammer down on Betty, stripping her of her position on the Blue and Gold, suspending her, and banning her from senior prom. So she and Alice spend their free time investigating Mr. Chipping’s death, which his widow does not believe to be suicide, and looking into Moose’s claims that Bret keeps sex tapes he’s made of other students. Including Moose. And also Betty.

Even though it’s the middle of the crucial chess game, Bret is alerted to the break-in thanks to a silent alarm, and Alice and Betty are caught. It turns out to be mostly a bust, anyway, as the tapes they find aren’t sex tapes, but Quill & Skull confessions–the ones members have to give when they’re initiated. 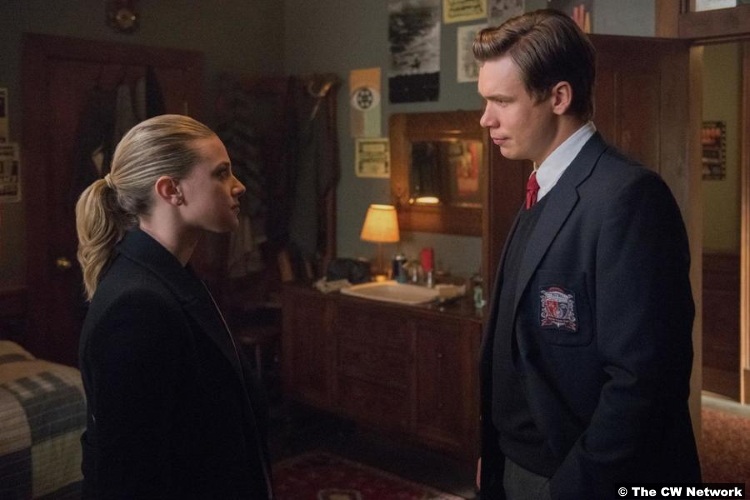 Jughead gives up, because sure, and lets Bret win. I s’pose you could think of a number of reasons why Jughead does this, but I think after the hazing he got after the last round, he’s maybe starting to realize that he doesn’t want to be such a Stonewall man. I hope. Also, it’s pretty hilarious, because now Bret can’t lord a win over him. He won, but only technically.

But maybe Bret isn’t the biggest enemy after all. Because Betty kept one of the initiation tapes–Donna’s–and it’s full-on creepy. On it, Donna gives a confession about a teacher–Mr. Kotter, lmao–who’s seemingly made-up. Betty can’t find any trace of this supposed teacher. But the creepy part is that her confession is basically, word-for-word, exactly the same as what she said about Mr. Chipping. So she’s up to no good.

Meanwhile, back in regular Riverdale life, we learn that Frank was a mercenary and now, one of his old mercenary buddies has shown up to kill him. Oh, Lord. Also turning up like a bad penny is Nick St. Clair, who wants to have his “Yay, I got into Harvard” party at the Maple Club, for some reason. Why is he in Riverdale? Forget it, Salome, it’s Riverdale.

Anyway, after Cheryl sees him and tells Toni what he tried to do to her, Toni orchestrates a revenge plot, wherein Nick is drugged and then filmed letting Kevin tickle him. And I am gagging. Nick is a terrible, terrible person, but we’re being a little loosey-goosey with the drugging and assaulting people here. 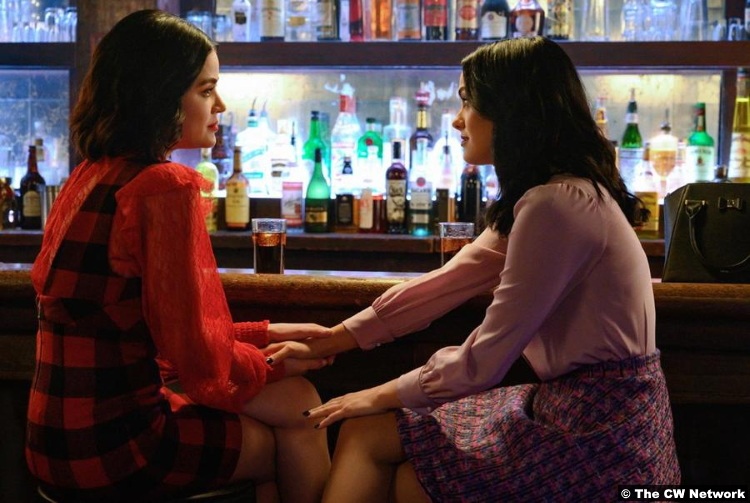 But I will let it go–for now–because wonder of wonders, the show brought me a Veronica plot that wasn’t Veronica versus Hiram: Here’s Some More of This Bullshit. Yes, Hiram is dying, or “dying,” as I do not believe anything he says, ever. But maybe this will put the kibosh on their tiff, at least for the time being.

And for the time being, or at least this episode, Veronica goes to New York City for her Barnard interview. There she meets up with old friend Katy Keene (Lucy Hale), appearing in her namesake show (with Josie) starting tomorrow. For now, though, she and Veronica go shopping (at *ahem* Lacy’s) and Veronica gets into Barnard. Yay for her.

8/10 – By bringing in some new plotlines, finally, and some new intrigue, this show got some new attention from me.