You know, for an episode called “Quiz Show,” it’s a little weird that they spend such little time on the titular event. (Yet all the promo photos are from that scene!) But before we get to that, let’s talk about everything else that went down in the town with pep this week

First of all, since Fred is gone, Tom Keller is the most reliable father in Riverdale. However, even he’s not perfect. He’s had his hands full trying to keep Andrews Construction above water, after all. And it doesn’t get any easier when Archie demotes him and put Frank, the uncle he just met, in charge. Unsurprisingly, the shifty guy with a shifty past starts immediately doing shifty things, like “borrowing” from petty cash. And then Archie just keeps giving him second and third and so on chances, because of course that sweet dummy does. 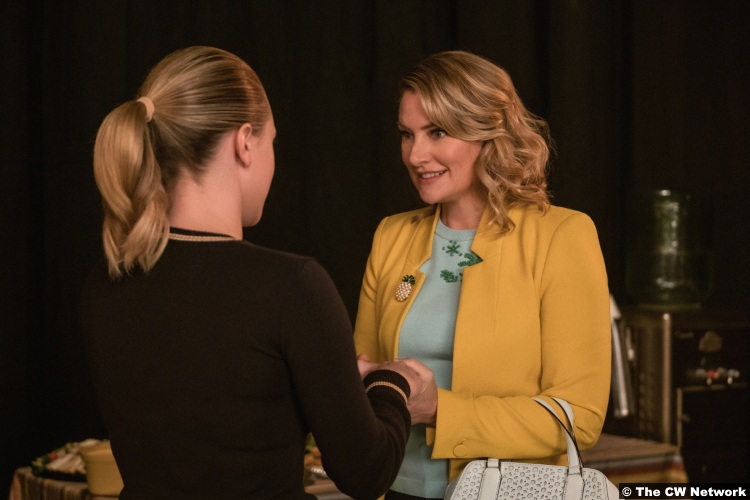 In fact, I’d rather watch round #7979234 of the Hiram and Veronica merry-go-round, a phrase I never thought I’d write. This time, after Hiram raids Bonne Nuit for the umpteenth time, Veronica and Cheryl set up shop in the former Maple Club. Cheryl even lets her mom out of the fetid bunker so she can run it. Great idea, I’m sure. And on that note, hey, Veronica, pro-tip: Perhaps Daddy wouldn’t win nearly every round if you didn’t run to him and crow about your sure-to-come victory every time.

But hey, at least they’re talking. That’s more than I can say for Jughead, for instance, who keeps withholding some pretty important info from Betty. Like that he got into Yale. Or the tiny, infinitesimal matter that he’s basing his first Baxter Brothers book on her father’s crimes.

Those two details, by the way, have something in common. Thanks to Charles’s making an inquiry with a friend at Yale, they find out why Betty was rejected. It seems Yale doesn’t want the publicity that would come with a serial killer’s daughter attending their august institution. Oh, please. Like she’d be the first criminal’s kid to attend. 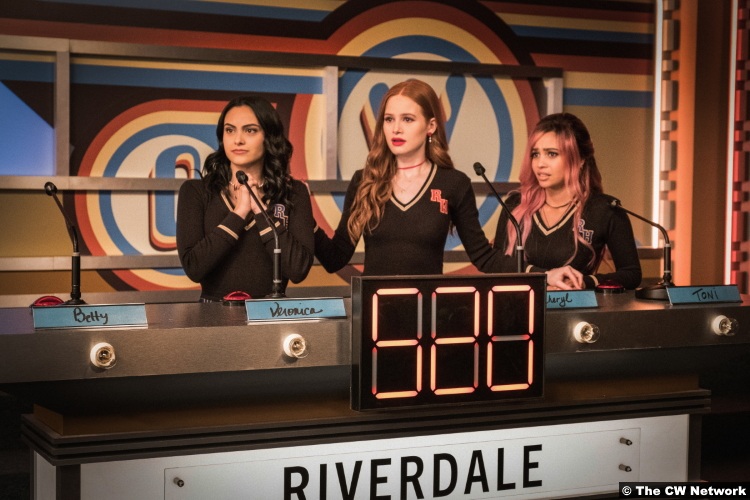 And speaking of, Bret’s also accepted, probably because his daddy pays people to take his standardized tests for him. That’s pretty believable, especially in the wake of the college admissions scandal. So if Betty can’t beat Bret that way, she’ll focus on creaming Stonewall through quiz bowl.

Unfortunately, Alice either doesn’t believe Betty has the goods or she feels so guilty about the many ways she’s effed her daughter’s future that she tries to eff it in a spectacular fashion. Now granted, she obviously thinks she’s doing a good thing here. And it is not her fault that after she supplies Betty with the quiz answers, Betty leaves them unattended in her green room trash. (Seriously, I almost popped a blood vessel when this was revealed.) 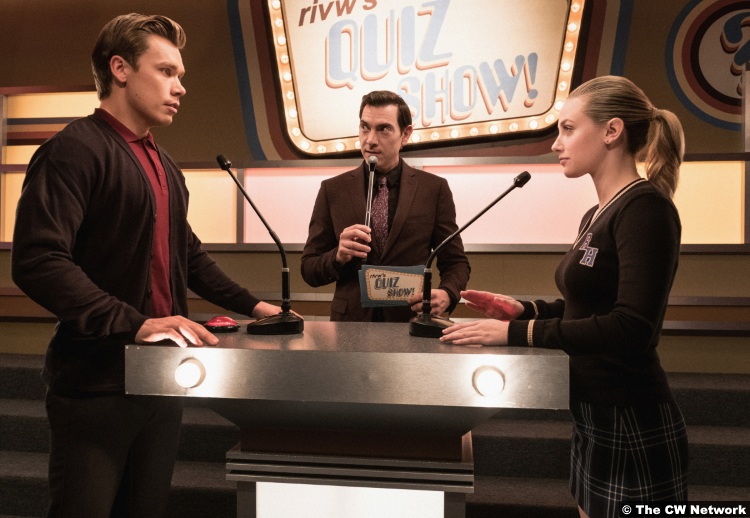 Also, Betty may believe that they got that victory all on their own, but she still saw those answers before the game. It wouldn’t be an amazing feat to remember some, if not most of them. (Hell, last year, a Jeopardy! contestant’s interview anecdote was about how she used to watch an earlier airing of the show and then watch it again later with her grandparents, wowing them by answering everything correctly. How do I know this? Because I was that contestant!)

Anyway, Riverdale High’s team wins, of course, but the elation doesn’t last long. Because Betty stupidly left that answer sheet in her trash, someone found it and turned it in. So Riverdale ends up losing, Betty is suspended, and Jughead challenges Bret to a duel. You know, regular high school stuff.

And in a flash-forward, Betty and Archie are at Pop’s. Betty says that “he,” presumably Jughead, “won’t ever come back.” Nope. Not buying it.

6/10 – With all the dumb decisions, insulting plotlines, and the logical inconsistencies, this episode was nigh on unwatchable.