Now I’ve been skeptical all along–my default setting for Riverdale–about Jughead actually dying. I still don’t believe it, but lemme suspend my disbelief and try to imagine the scenario. What are the conditions that must exist for us to get from plot a to plot b?

I realize I’m asking a lot here, as this is Riverdale, after all, and they’ve never found a plotline they couldn’t discard. [See also: Charles, Charles and Chic, Jellybean, Vegas, the videotapes, etc.] But say Jughead actually does die. (He won’t.) That would explain a lot about the way he’s acted these past several episodes. Has he seemed out of character to y’all? I mean, I know he’s got a lot on his plate, but he doesn’t seem the slightest bit interested in Betty’s current snooping. 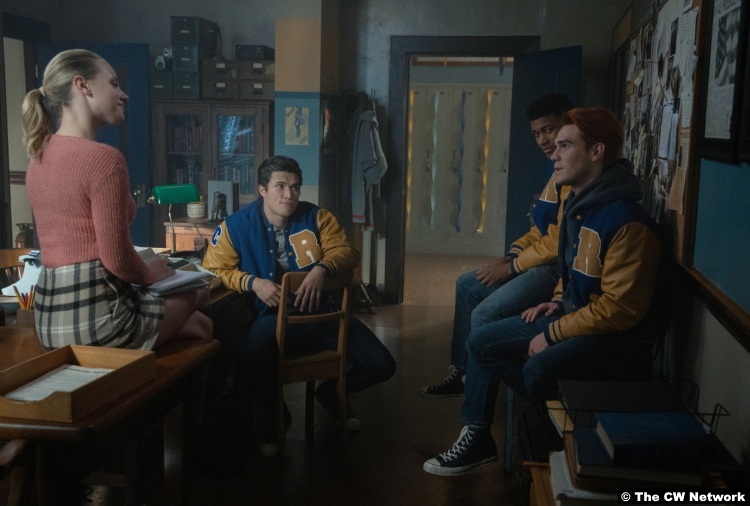 Granted, the story Betty’s reporting isn’t the most compelling scoop ever. In the lead-up to the big Riverdale-Stonewall Prep championship football game, she’s looking into allegations that Stonewall directly targets opposing players for injury. Actually, it’s not an allegation. It’s completely true. It isn’t enough for them to win, which they can’t do without cheating–they must destroy their enemies and raze their homes, I guess.

To that end, a group of rabbit-masked thugs jump Munroe, smashing his knee. He’s upset about not being able to play, because, among other reasons, he wants to impress college scouts. So here comes Uncle Frank (Ryan Robbins) to the rescue. If you were hoping he’d be as honorable a man as Fred, then bless your heart. Because his solution is offering painkillers to a minor. Unfortunately, Munroe takes him up on it and I really hope we’re not about to see Riverdale Tackles the Opioid Epidemic. Y’all ain’t got the range. 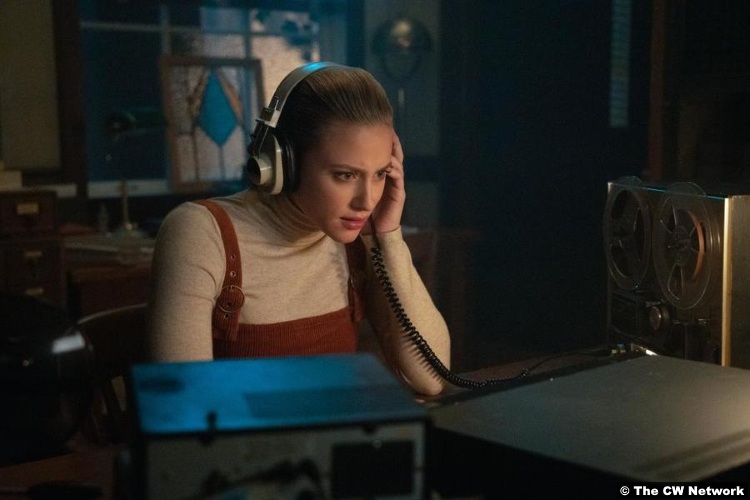 Anyway, Betty decides to send Veronica undercover at a Stonewall party to get more info. And really, anyone who’s friends with Betty should expect to be asked to wear a wire at some point. Veronica–or excuse me, Monica…Dodge, I guess–almost gets Bret on tape admitting to their dastardly deeds.

However, this is actually a Quill & Skull party and as such, Jughead is attending. So this is how his girlfriend finds out that he’s in a secret society, been accepted to Yale, and really a lot chummier with the Stonewall crowd than I think she’d realized. I really hope he’s running a long con, because the sudden trust he appears to have just does not feel right. I wouldn’t, for example, accept a new computer from these folks. I’d expect they’d have installed keyloggers and other spyware. And they didn’t bury me alive. So I don’t know why Jughead’s so keen to tell them his secrets. 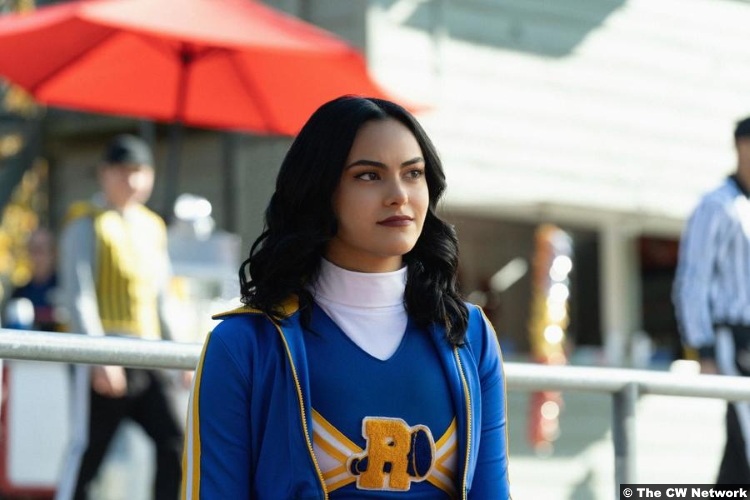 Then again, it’s not unusual on this show for people to bang their heads repeatedly until they learn their lesson. Sometimes they don’t learn a lesson at all. I’m speaking, of course, of Veronica, who’s back for round #∞ with her dad. She thought she could beat him at his own rum game by making her product spiced rum. But Hiram sends her a cease and desist, so she has to switch gears. This time, she’s going to make a rum and maple syrup concoction, with the maple syrup supplied, of course, by Blossom Maple. I’m still not sure Hiram can assert an ownership claim like that on the recipe; I think Veronica would be far better served by seeing an attorney.

But look at me, trying to insert real-world logic into this show. Anyway, speaking of Blossoms, let’s turn to our angelic princess, Cheryl. As Ms. Burble had recommended the Vixens have an adult in charge, Mr. Honey brings in Ms. Appleyard (Emily Tennant) to be that adult. Cheryl, predictably, bristles at all of this, especially the idea that they would do something so pedestrian as cheer. You want her to stand on the sidelines and cheer and NOT perform inappropriate pop songs? Ridiculous. So of course, she locks Ms. Appleyard in the locker room so the Vixens can do an incredibly uncomfortable rendition of “Cherry Bomb.” 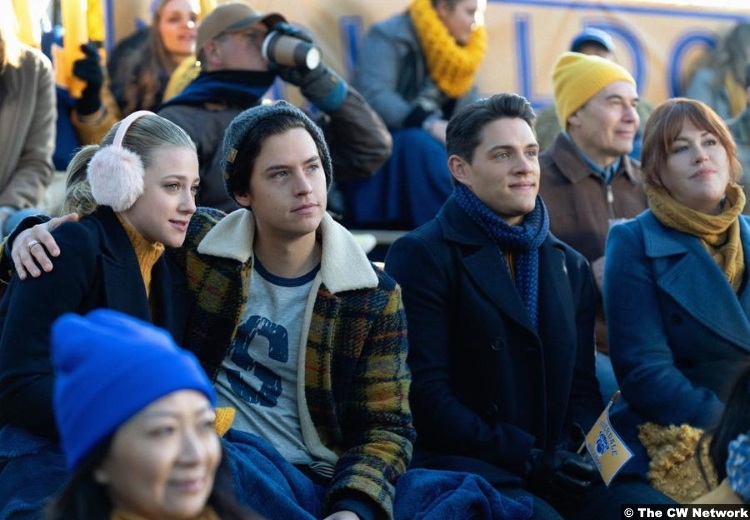 And despite that (and the painkillers Munroe’s hopped up on), Riverdale loses. But it’s not so bad. Munroe plays well enough that Notre Dame gives him an offer, so I guess drugs are good? Great message. And Riverdale has another chance to beat Stonewall Prep, because Betty’s gonna put together a quiz bowl team (in like, 5 minutes) and they’re sure to win this time. Ow, I just banged my head again.

8/10 – Despite my roasting them for forgetting their storylines, it is a breath of fresh air to have a regular time in Riverdale–a football game, shady relatives, Betty investigating a relatively normal story. It’s not as fun as the bonkers times, of course, but it makes a lot more sense. And we need a blast of realism ever so often, so we don’t all end up soaring into the ether on Edgar’s rocket.

Fun fact: One of the football players Betty interviews in this episode is Billy Marlin (Ty Wood) from Baxter High in Greendale, aka where Sabrina Spellman lives. And on that note, watch for my review of Chilling Adventures of Sabrina season 3, coming this weekend.