Doctor Who S12E07 Review: Can You Hear Me? – The Doctor takes on mental health

This episode starts in 14th century Aleppo, with what looks like a hospital run by a group of women, who are being terrorized by…sloth aliens?? Back in the present, it’s time for the Doctor’s “fam” to go on some shore leave. The companions leave the Doctor alone for precisely one second and a wraith guy shows up in the TARDIS, does something shadowy and mysterious, then leaves an alert on pointing the Doctor straight toward Aleppo in the 14th century. Coincidence?? 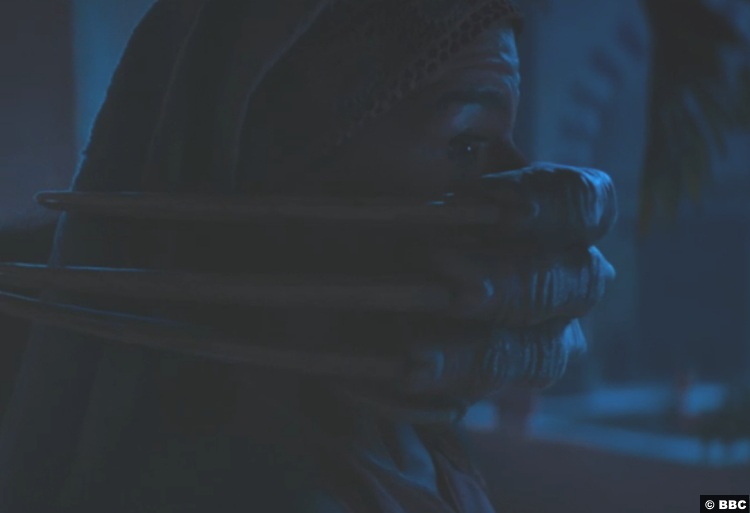 Surprisingly, the Doctor takes the TARDIS for a spin on her own and heads out without her companions. This episode is pretty interesting, considering the Doctor goes off on her own without, as she puts it, anyone to share the cool stuff with. Her new friend Tahira, a girl who is told she’s crazy because she can see alien monsters, is a classic strong female Doctor Who guest star.

First, Graeme gets a mental message from a woman who seems to be in danger far away. Then, Ryan’s friend mentions that a mysterious man has been appearing in his dreams…and his room at night? Finally, Yaz has a vision of some kind of policewoman and a strange girl standing on a road out in the country. Oh, and an encounter with that guy who snuck into the TARDIS! Turns out this is the guy who’s been in Ryan’s friend’s dreams. Also, his fingers can detach? 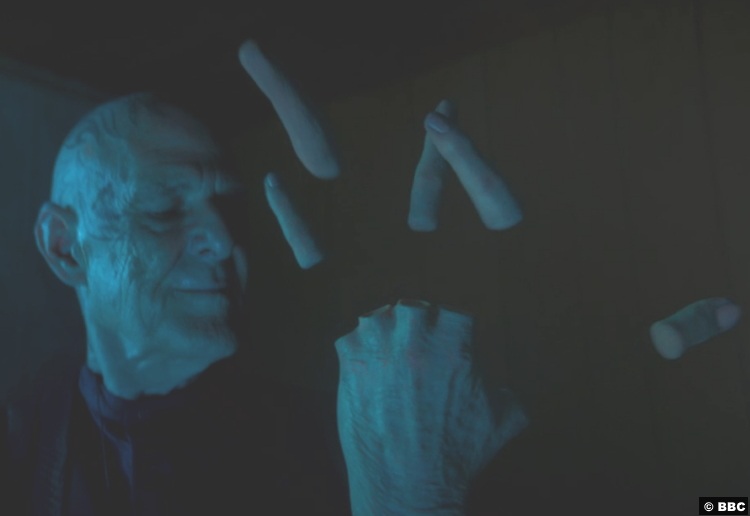 The three companions, the Doctor, and Tahira soon find themselves above two planets about to experience a catastrophic collision, held apart by a single geo-orb–which happens to be where Graeme’s new friend is trapped. Meanwhile, the Doctor and friends are on a space station that seems to have an awful lot of fingers lying around. Oh, and a lot of alien prisoners. And that guy from before, as you might have guessed. The guy then gets the jump on all of the gang. This Doctor who episode definitely wins the award for one of the grossest villains ever–a dude who puts you in nightmare-prison by sticking his severed finger in your ear?!

Turns out the shadow guy is a god, but the girl he’s been keeping prisoner is even more powerful than that. While the shadow god was sending nightmares into her mind, that’s just because she eats nightmares. And now that they have the Doctor and all the companions prisoner, with fingers in the ears (ew), they can go make Earth itself into a nightmare. Meanwhile, the sloth aliens were created by Zellin from Tahira’s nightmares–and Tahira is able to get control of them and set them on the two gods! The Doctor leaves them imprisoned right where she found them. 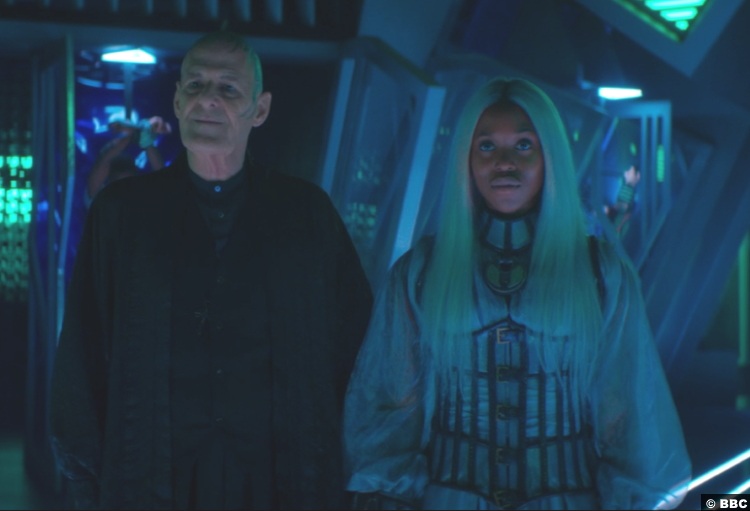 This episode had more of the feel of a space opera than any other episode this season, possibly due to the fact that there were gods from another dimension involved and two planets that almost crashed into each other and exploded. And that animation sequence! When Rakaya is telling her and Zellin’s story, the mythic look of the flashback made me think of Avatar: The Last Airbender. The stylization was pure Doctor Who, even as it let a new set of artists collab with the crew. I hope they put in sequences like this more often, or give the crew the same freedom to experiment; definitely a highlight of the season for me.

Doctor Who also continued their social-issue commentary season with a tale of little people rising up against the 1%. Rakaya was imprisoned in the first place by a group of people on both planets who realized that they were being manipulated by two alien gods and decided to do something about it. Together, they unified their planets and kept both worlds from ending. If that’s not a vote of confidence for mass politics, I don’t know what is.

I also liked that they ended this mental-health focused episode with Ryan’s friend getting help. Clearly he had more going on than just getting that Zellin guy’s finger stuck in his ear every night while he was asleep. It was touching to see him connect with the other people in therapy, and come clean about his problems with loneliness.

The one thing is that I was a little disappointed in the Doctor not having anything to say to Graeme about his worries about his cancer coming back. The man just got imprisoned in a nightmare where he’s having chemotherapy, all because he came on this interdimensional vacation with you, and all you can do is make a joke about how bad your social skills are? Bad form, Doc. 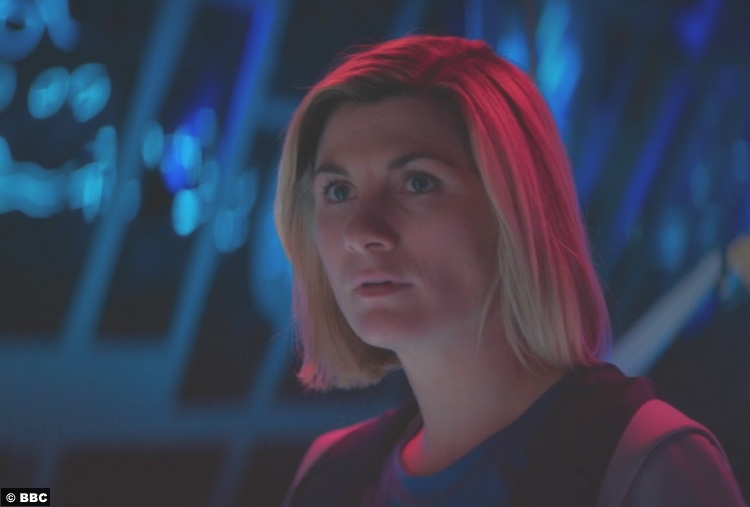 9/10 – Awesome worldbuilding and characterization throughout, with a strong message behind the myths. I’m a bit worried for Graeme going forward, but otherwise loved this episode!