It would be easier if Tiffany’s death were part of a pattern, if there were a precedent. That’s a trope you often see in thrillers, where the world-weary cops acknowledge that a murder would be easier to solve if they had another body (and thus, more evidence). Unfortunately for Nancy, things don’t turn out that easily.

In the wake of Carson’s arrest, Nancy hasn’t been doing well. It’s bad enough that folks are coming to stare at her at The Claw, which I only noticed this episode is properly called The Bayside Claw. But she’s not even taking Carson’s phone calls, too ashamed to face her dad, even over the phone. So when her pathologist pal, John (Graeme Duffy), calls with news on Tiffany’s murder, Nancy jumps at the chance to be distracted. 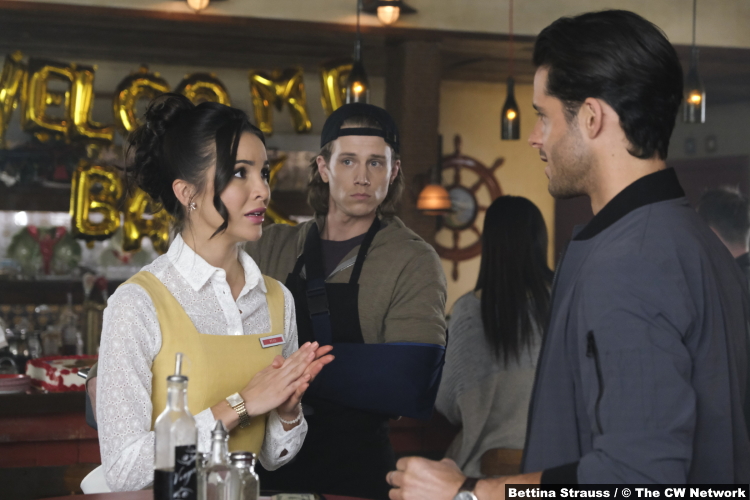 John has determined that Tiffany was killed with white baneberry, ingestion of which can cause a heart attack. This is good to know, although it doesn’t really help that much in the Tiffany investigation. However, another local woman died years ago from consuming white baneberry, aka doll’s eyes. The death was ruled a suicide, but the investigating officer, Ace’s dad, always suspected it wasn’t self-induced. Oh, by the way, Ace is out of the hospital now. And Bess is a real Marvin, according to Owen.

Anyway, after consulting with Ace’s dad, Nancy realizes that Liza, the other victim, was indeed murdered. And the murderer announced their intent via a message they sent to Ace’s dad. Feeling reckless, Nancy sends out a video challenging the murderer. Unsurprisingly, she gets a response. All roads (and by roads, I mean other bodies) lead to Hawthorne High. So, of course, Nancy heads out there, hoping to find the presumed next victim Claire before she dies, too. 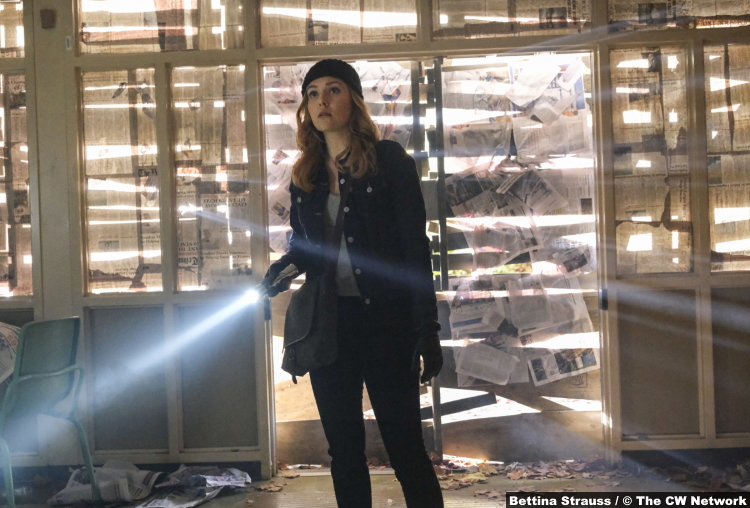 However, she doesn’t do it alone. Nancy’s been isolating herself, seeing herself as…well, poisonous. But she’s gotta learn that you can’t do everything by yourself. And when you’re there for people, they’ll be there for you. To that end, Ace, George, and Nick come crashing in after her. (Bess is helping her new cousin Owen with the case of the Bonny Scot, trying to prove that the Hudsons were responsible for its shipwreck.) 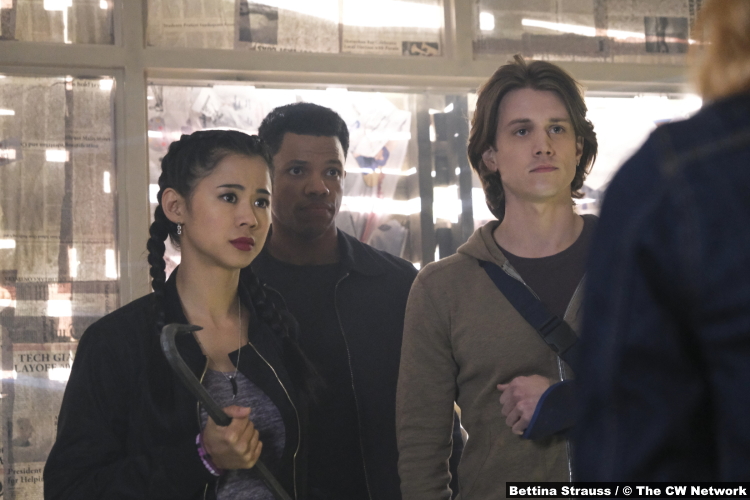 And it’s a good thing they’re there, because Nancy gets trapped with Claire right after she finds her. Oh, and the room is filling with poison gas. So while she comes to terms with the fact she might die, she’s finally able to free herself from the mental prison she’s been trapped in. While she’s doing that, her friends work on freeing her from the actual trap she’s in. Ace, for example, gets the doors opened, while Bess and Nick, who are definitely starting to have a thing, figure out who the killer is. Later, they’ll crack the antidote, but the most important news right now is that the killer had nothing to do with Tiffany’s death. Probably.

Anyway, they all save Nancy, but she does get far enough toward the light that she inadvertently manages to retrieve Lucy Sable. Demon Simon apparently flung Dead Lucy into a far corner of the netherworld, but she hitches back with Nancy, like those ghosts at the end of Disney’s Haunted Mansion rides. 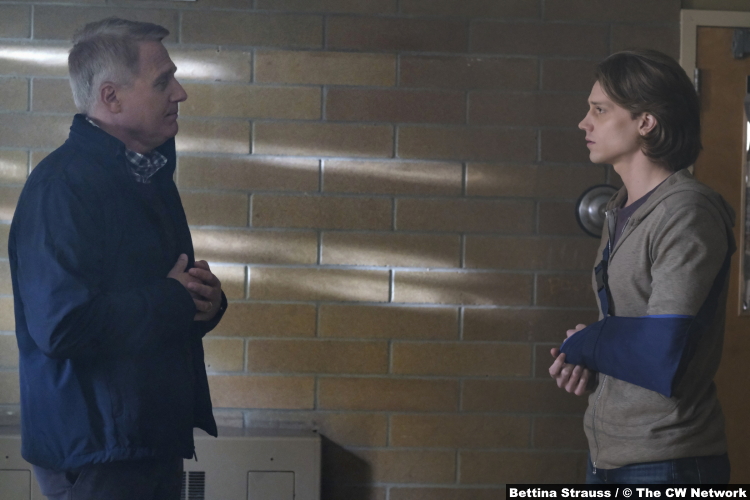 And although there were some scary moments there at the school, it all works out. Ace makes his dad proud and Nancy gets up the courage to talk to hers. We don’t hear his side of the conversation, not yet, but it’s enough for her to say she’s sorry. It’s enough for her not to be alone.

8/10 – After the mid-season break, this is a very strong return for the show. Speaking of returns, I’m not sure what Ryan is up to after coming back, especially in relation to Bess’s plan. It seems like he might go for it, but not out of the kindness of his shriveled heart. He can use it as a bargaining chip, for instance, against his father, who appears to be making his debut on the show next week. But I’ll guess we’ll find out then.

(And sorry for the delay. As the show has typically followed Riverdale‘s schedule and Riverdale doesn’t start back until next week, I didn’t realize that there was a new Nancy Drew episode this week. It was quite a surprise to see it on the DVR. So again, apologies.)