For most of the hour, we get table-setting. Lady Trieu is moving forward with her plan to start her Millennium Clock, but we’ll have to wait another week to find out exactly what it does. Angela takes a trip through her own memories and begins to see the ways that they line up with her grandfather’s. Laurie, meanwhile, discovers the role Judd and Jane Crawford played in the Seventh Kavalry, and uncovers more of their plans. 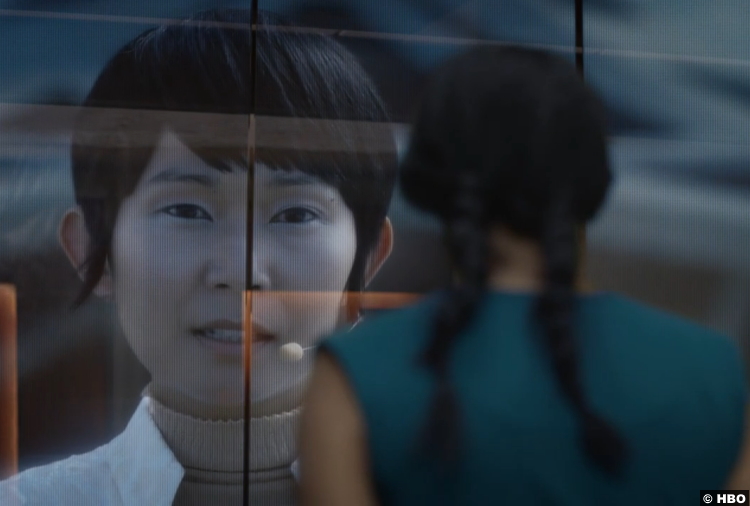 The episode’s big reveal, though, is undoubtedly the location of Dr. Manhattan. Manhattan has been looming appropriately large over the entirety of this series. He’s a god-like figure that was introduced in the original comic book, but everyone has assumed that he’s been living on Mars, indifferent to the various plights of humanity. That is, in fact, not at all the case. In fact, Cal, Andrea’s husband, was actually Manhattan the whole time! It’s the kind of twist that threatens to feel like it came out of nowhere, but there have been hints scattered through the season that this is where everything was going. What’s more, now that Angela has awakened Cal/Angela from his stupor, Manhattan will likely play a pivotal role in the final two installments of this inaugural season. 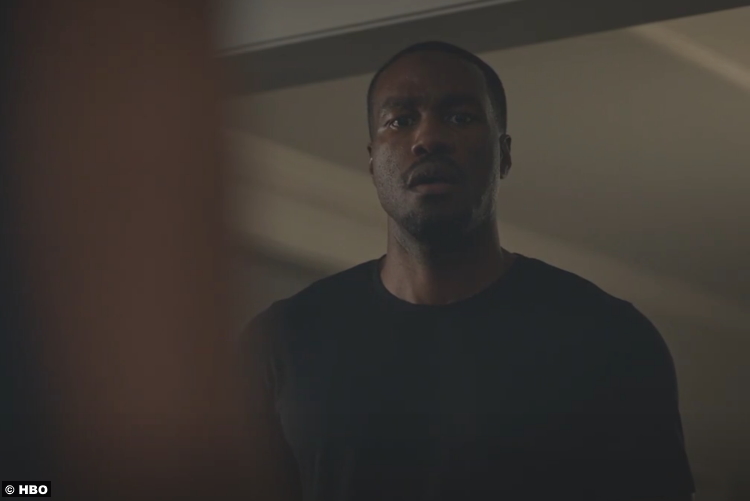 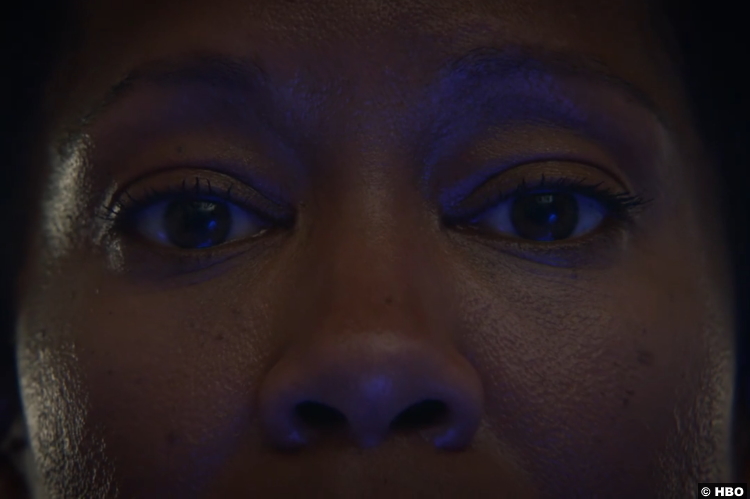 That’s especially true because we also discovered this week that the Seventh Kavalry’s grand scheme involves turning Senator Joe Keene into Manhattan and destroy the original in the process. Now that we have Manhattan on the board, all of the pieces feel set for the finale, and Cal, the last major cast member on this show without much to do, has been given a larger purpose.

Of course, the reveal that Manhattan has been inside Cal’s body this whole time leaves us with plenty of new questions. How did he and Angela meet and then fall in love? What made Angela special enough for Manhattan to hide himself when others like Laurie had eventually just lost him? What made him regain an interest in humanity in the first place? It’s also going to be interesting to see how Lindelof and his team of writers deal with adding Manhattan to the show. He’s basically a god with the power to create and destroy at will. Dr. Manhattan blows the scale of this show way up, and it’s clear that Lindelof is ultimately interested in telling a very human story. How will he balance those somewhat divergent impulses?

The episode also gave us a more vivid look at Angela’s childhood, and at the traumas that she’s experienced in her own lifetime. One of Watchmen‘s major themes is inherited trauma, but that theme gets deepened as we explore the way that Angela’s past rhymes with the trauma that was inflicted on her grandfather two generations earlier. It’s notable, if a little cliche, that both Will and Angela also grew up as orphans, forced to find their own way in the world. Of course, that’s true of many of the most famous superheroes of all time. Damon Lindelof would likely embrace that heritage, though. He knows when it’s best to copy the work of others. 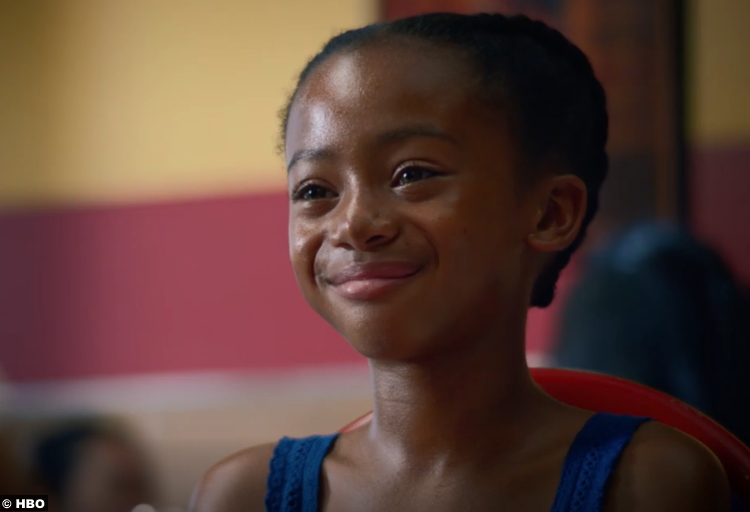 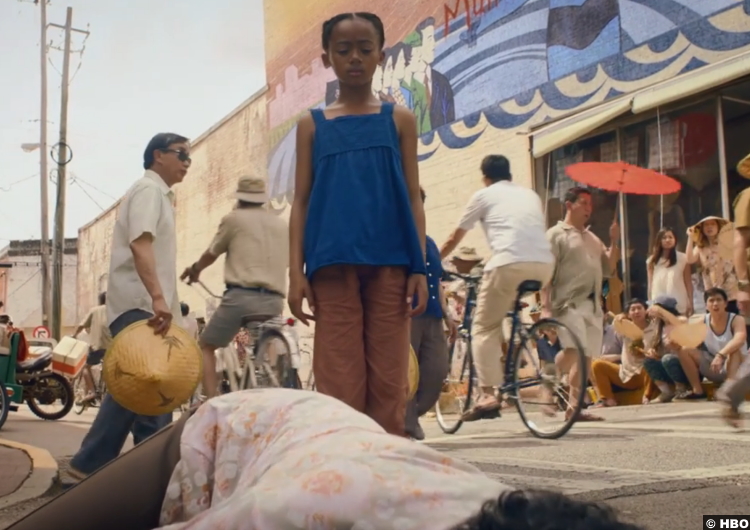 Speaking of copying others, the episode also features some of Lindelof’s most metatextual storytelling. After all, Laurie Blake does fall through an actual trap door and then remark upon the silliness of that conceit. Laurie also gets the chance to tell Joe Keene how little she cares about his plan, but he insists on telling her part of it anyway. We also get an explicit connection between the Seventh Kavalry and Cyclops. Some things never change. 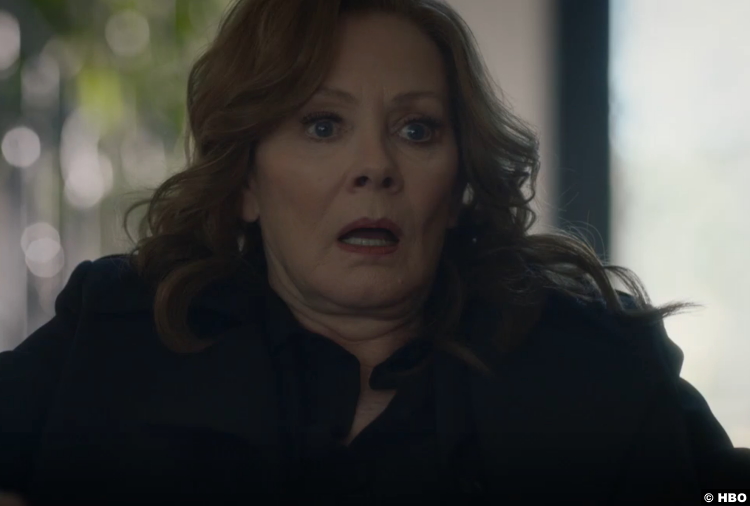 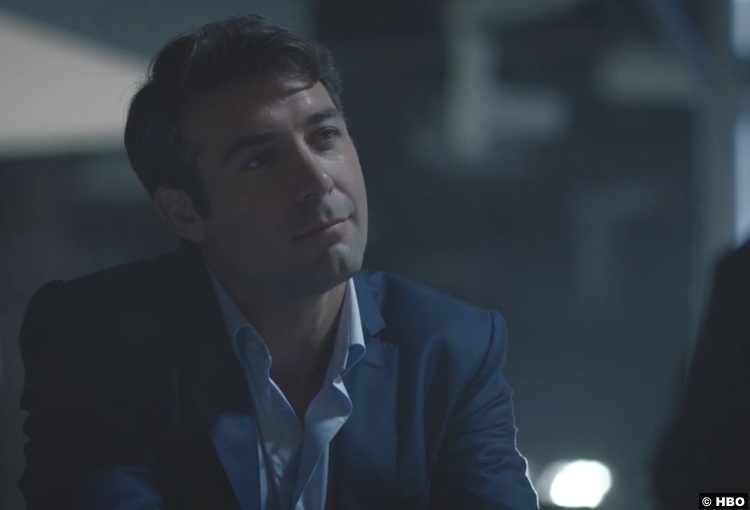 After this episode, Lady Trieu also feels more firmly planted on the side of good. She’s definitely weird, and it’s easy to be mistrustful of trillionaires who clone and then raise their mothers, but Angela clearly trusts that she’s right about the Seventh Kavalry’s plan to kidnap her husband.

Heading into the last two episodes, there’s still a lot that we don’t know. What we do have, though, is a general sense of who’s going to be on which side of this fight, and a feel for the reasons behind the Seventh Kavalry’s plan. Turns out, they basically are just a bunch of racist assholes, although they claim that what they really want is balance.

The only major exception to our current level of understanding is Adrian Veidt. This week, we see that Veidt has been silently defending himself in a trial for the past year. His segments continue to feel both delightful and confusing. With only two episodes left, it seems almost impossible to imagine a world where Veidt’s recurring storyline is seamlessly integrated into everything else that we’ve seen on the show. Given the deftness with which this story has been handled thus far, it’s possible that he will be. It’s just hard to get from here to there gracefully. 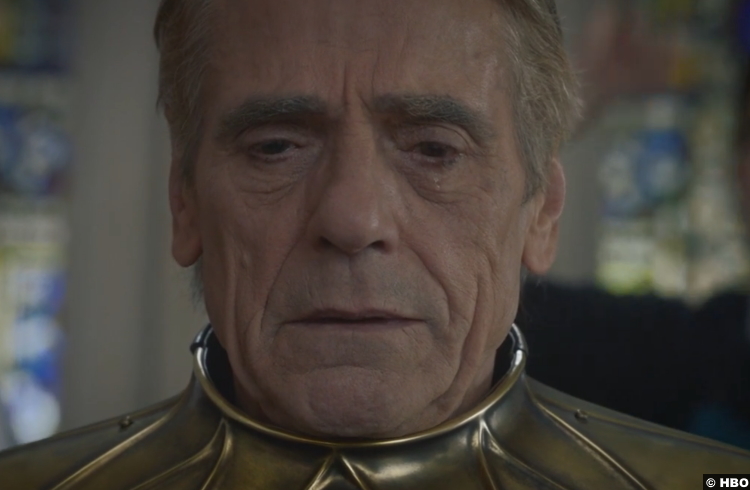 If there’s any show we should have faith in, though, it’s Watchmen. It’s a show that’s totally unafraid of taking risks, but those risks aren’t always surprises. Lindelof knows how to weave a twisty narrative, but more importantly, he knows how to make that narrative compelling. He grounds it in human characters, and for every shocking discovery, there’s a moment of quiet, human revelation. That’s what makes it so good.

8/10 — After the remarkable highs of last week’s episode, Watchmen returned to earth with An Almost Religious Awe.  Thankfully, with two episodes left, it’s clear that the show has one of the highest floors on television.