Watchmen S01E04 Review: If You Don’t Like My Story, Write Your Own – Shifting gears…

One of the most amazing things about Watchmen through four weeks is the way it gets richer with every installment. In “If You Don’t Like My Story, Write Your Own,” we’re introduced to even more new characters, and start to get a sense of what this show’s big picture might be.

The episode starts with a remarkable scene that serves to introduce Lady Trieu, who may be (?) the last major player this story has to introduce, give or take a big blue god. Hong Chau’s performance is yet another example of this show knowing exactly when to give us each particular morsel of its story. Her energy is weird but in a totally new way. She’s immensely powerful, and she’s totally unafraid to wield that power. Even so, she seems strangely compassionate. I didn’t get the sense that her introduction was meant to be the introduction of a big bad. Lady Trieu is just another piece on Watchmen‘s incredibly colorful chessboard. 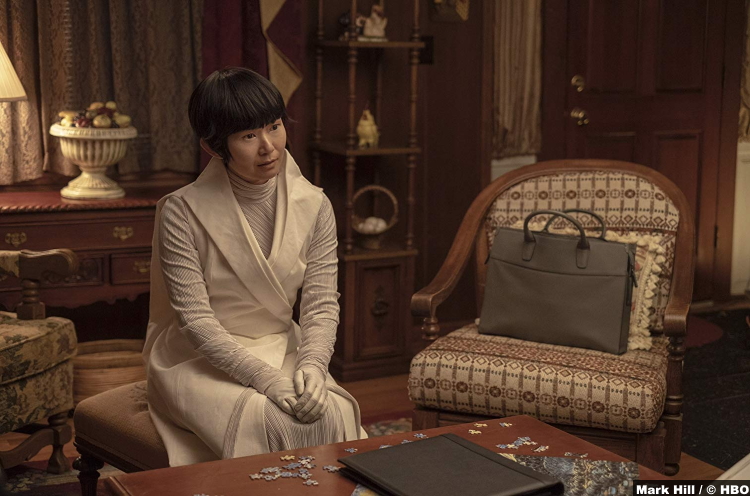 Even as the show begins to unfurl its vast and insidious conspiracy, it doesn’t forget to give us more details about who Angela is. The fourth episode gives us an early scene where Angela gets a chance to know her own ancestry. It’s a scene that ties back to the opening sequence when we meet a rural family focused on their own legacy, and passing it on through blood.

Regina King is excellent in this scene. In a certain sense, Will’s story is her origin story. It’s not until she learns about him that she can fully understand who she is. Even as Angela is clearly moved by what she learns, she also rejects the information almost immediately. She digs into her past, but as soon as she gets to specifics, she’s no longer interested. Like so many characters in Watchmen, she’s slowly coming to grips with the way the past is impacting her present. 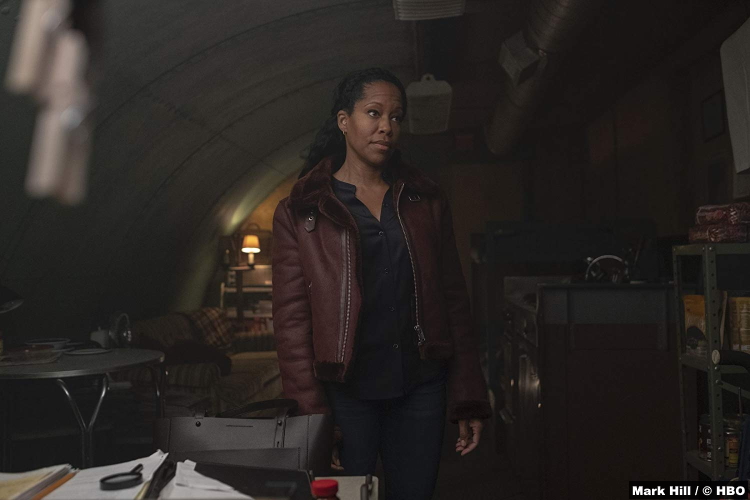 This episode also gives us a much better understanding of who Cal is, and the dynamics of his marriage with Angela. It’s deeply refreshing to see a marriage this stable, even as we come to appreciate Cal as his own individual. Small parenting note: maybe wait until your daughter is ten before you tell her heaven isn’t real. I know you don’t like lying, Cal, but that felt a little intense.

Angela and Laurie’s team up (as Laurie ramps up her investigation) adds layers to their previous interactions. The antagonism the two established last week hasn’t entirely melted away, but it seems to be coupled with a budding respect between them. Their work together is a perfectly good excuse for us to hear Laurie’s thoughts on masks and their connection with trauma. 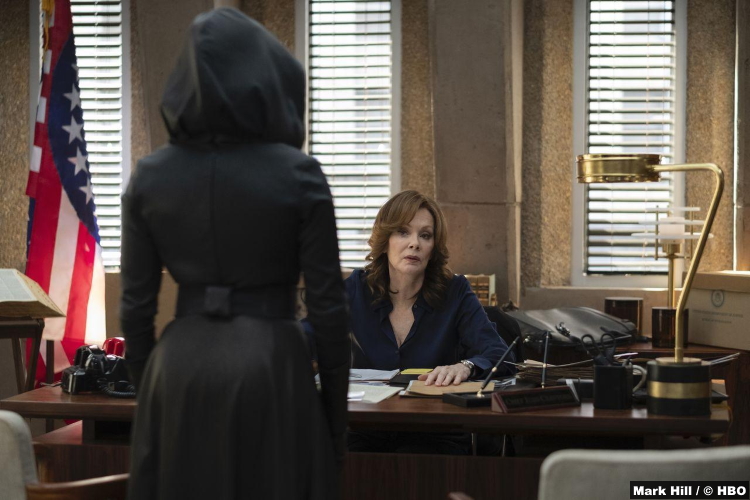 Like so many moments in the original Watchmen novel, this scene provides a kind of meta-commentary on superheroes more generally. What Laurie is saying is basically that everyone who wears a mask has an origin story, and that origin story is intimately connected to their reasons for putting on a mask.

Although the dots aren’t totally connected here yet, it seems noteworthy that Laurie’s conversation with Angela comes only hours after Angela learns about the trauma that’s been inherited through generations in her family. Like Laurie, whose father tried to rape her mother, Angela’s trauma may not be something she actually witnessed. Instead, it’s something that she’s inherited, even if she doesn’t totally realize it.

Speaking of trauma, we also got a truly horrific sequence courtesy of our good friend Adrian Veidt in this episode. We first catch up with Veidt as he’s plucking babies out of some sort of body of water. He appears to reject some of these infants and tosses them back into the water. Others he takes back to his castle and rapidly ages. It’s horrific from front to back, and it’s made even worse when we discover that he’s aged these infants into Phillips and Crookshanks, his servants. He’s done this because he murdered all of his existing servants in a fit of rage the night before.

We then see Veidt catapult these servants’ bodies into the sky, where they vanish before they should. Veidt is determined to escape, and it’s become increasingly clear that his prison is not at all natural, wherever he may be. 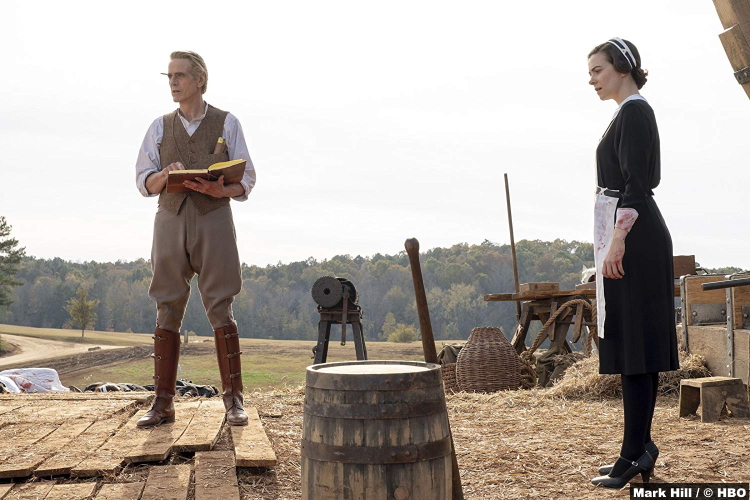 As we move toward the midway point of this season, Watchmen feels like it’s beginning to change gears. The throat clearing seems to be mostly behind us. The table is set, and the world has expanded to what feels like a stable point. Part of the joy of these early episodes has come from the feeling of limitless possibility that this world inspires. Every corner feels interesting for wildly different reasons. Because of story constraints, though, it feels like Watchmen may be almost done expanding its scope.

Now, things may get a little less opaque. Thus far, every answer has only yielded more questions. That may soon begin to change, as the show ramps toward unveiling its grand schemes and the ideas that underpin them. I, for one, would welcome a version of this show that just expands endlessly, but that’s not feasible. It’s to Watchmen‘s credit that every week I dread the end of the episode.

Damon Lindelof and the writers and directors behind this show have created something that’s endlessly fascinating. Every storytelling detail is patiently unfolded and masterfully executed. In a world filled with superhero stories, Watchmen feels unlike anything we’ve seen in the genre thus far. Like the graphic novel before it, it’s blowing up everything in its wake.

9/10 — Watchmen shows no signs of slowing down as it begins to shift into a new stage of storytelling. The world of this show’s first season feels firmly built. Now it’s time to resolve the questions that the first four episodes have carefully laid out.