Watchmen S01E05 Review: Little Fear of Lightning – We got our giant squid…

Just like that, Watchmen is closer to its end than it is to its beginning. Because the show has been so perfectly paced, it’s starting to feel that way too. In “Little Fear of Lightning,” we got a closer look at Wade a.k.a. Looking Glass, and got a much better sense of how the Seventh Kavalry fit into the bigger picture of Watchmen.

Thankfully, Watchmen is capable of doling out huge pieces of information without losing all of the wonderful things that make it distinct. In learning more about Wade, we also get a much firmer foothold in the universe of Watchmen. The two go hand in hand.

That’s especially true in this episode’s opening minutes, which take place in 1985 and give us our first glimpse at the event that is the unspoken center of everything we’ve seen on the show thus far. We finally got our giant squid attack, baby! As we follow Wade in 1985, we see a kid who’s a little off, but not the mess we know him to be today. Wade’s response to the attack is central to who he is, and it’s easy to see why when you see the widespread impact it had. 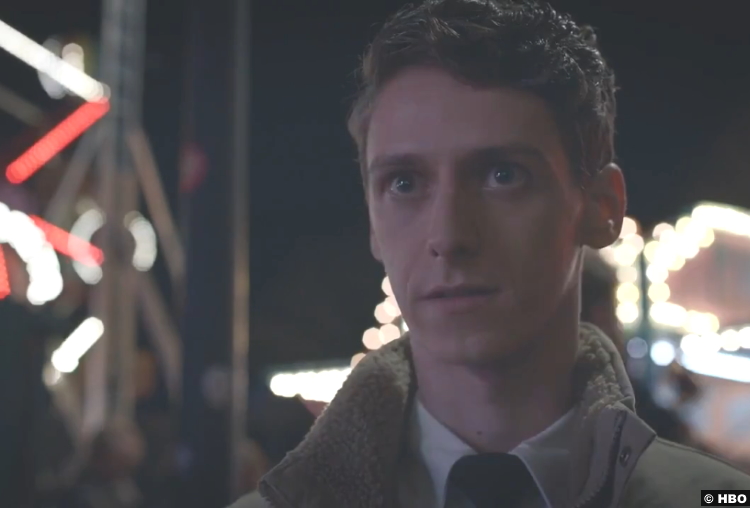 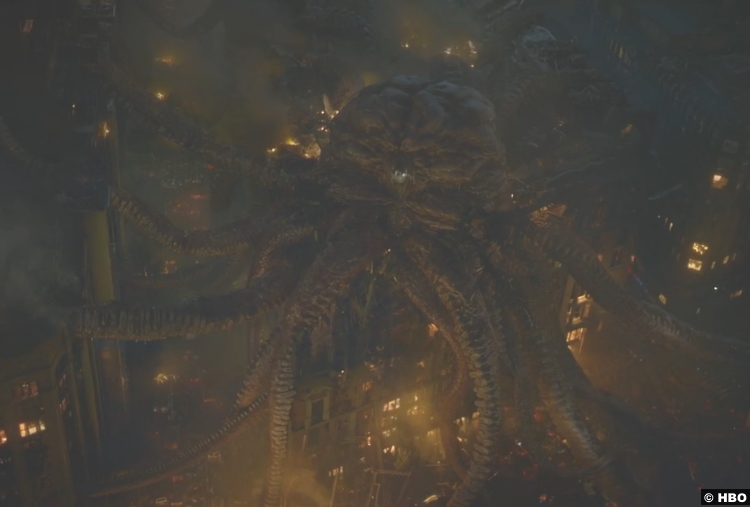 For those new to Watchmen, this opening may have been a little confusing. After all, it’s the first direct reference to the climactic event at the center of the 1985 comic. Although that intro may have been disarming, the episode does a great job providing precise clarity around what the squid attack seemed like, as well as what it actually is.

Even as it establishes the giant web of conspiracy at the heart of the original comic, we also stay firmly rooted in what this information does to Wade. This episode makes it clear that Wade’s entire life was defined by that attack, and by his fears about a recurrence. He’s rigged his entire home as a bunker. He’s always prepared for a squid to come raining down from the sky. That’s led him to a lonely existence. He spends his days as a market researcher and his nights as a cop. His ex tried to get him over his fears, and she failed. He’s entirely alone.

By the end of the episode, though, he knows that aliens did not attack from outer space. In fact, Adrian Veidt cooked the whole thing up to save the world from nuclear annihilation. Just like that, with one short video shown to him by Joe Keene Jr., Wade’s entire identity was shattered. The show’s final moments make it clear that Wade is going to have a hard time letting go of the fear that had defined his life since the attack. 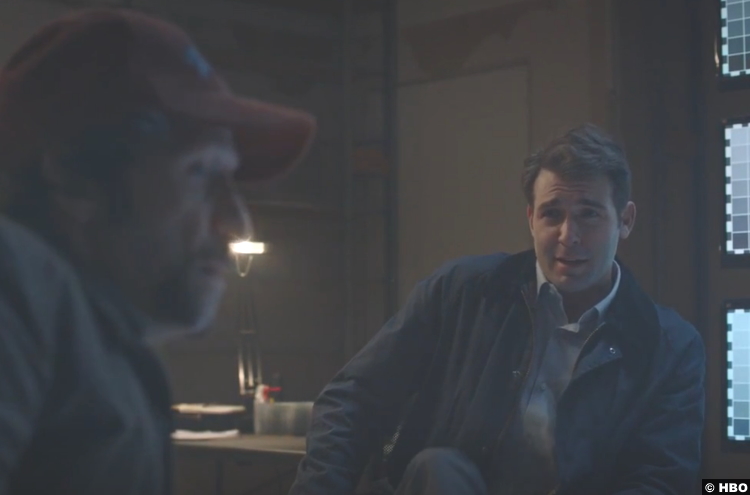 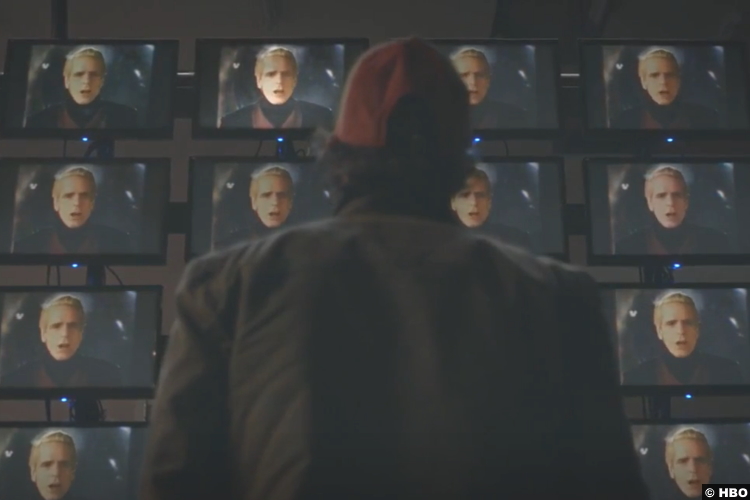 Even as we learn more about Joe Keene Jr.’s role inside the Seventh Kavalry (he’s their leader), it’s still not entirely clear what their larger plan is, or what end it’s serving. Is it connected to Lady Trieu’s scheme, which we heard about last week? That’s still unclear.

Although there are still plenty of mysteries left to be unspooled, “Little Fear of Lightning” felt like it was putting all of the dominoes precisely where they need to be so that they can start to fall. Damon Lindelof and his writing team have done a superb job utilizing the structure of the comic, which typically focused on individual characters within its chapters, in order to advance the narrative. We don’t get a ton of Angela or Laurie this week, but they don’t disappear either. Instead, Wade gets to jump to the forefront.

Tim Blake Nelson does a remarkable job with the opportunity he’s given, and he even gets some help from Paula Malcolmson. It’s a testament to this show’s cast that every time the focus shifts, it feels like a loss for about 30 seconds before you realize how interesting this new character is.

The fifth installment also spares a little extra time for Adrian Veidt, who makes his big attempt at a rescue. We discover he’s in space, and he uses the bodies of his former servants to spell out a message for help. Damon Lindelof has a weirdly specific thing for giant signs written on swaths of land. It’s something he deployed on Lost too. 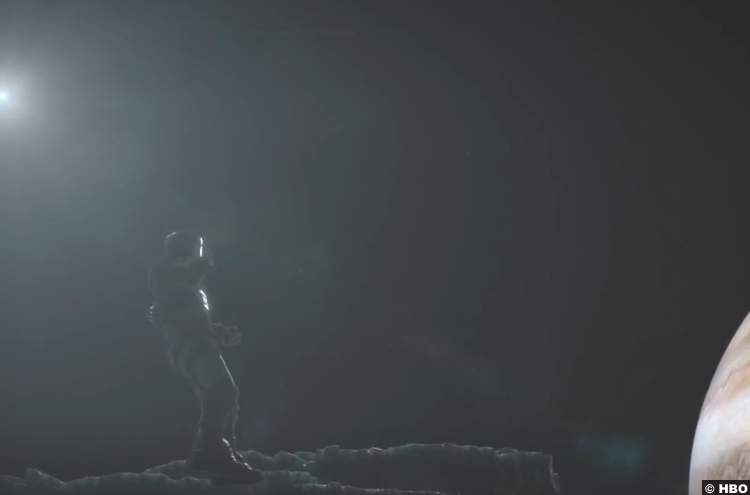 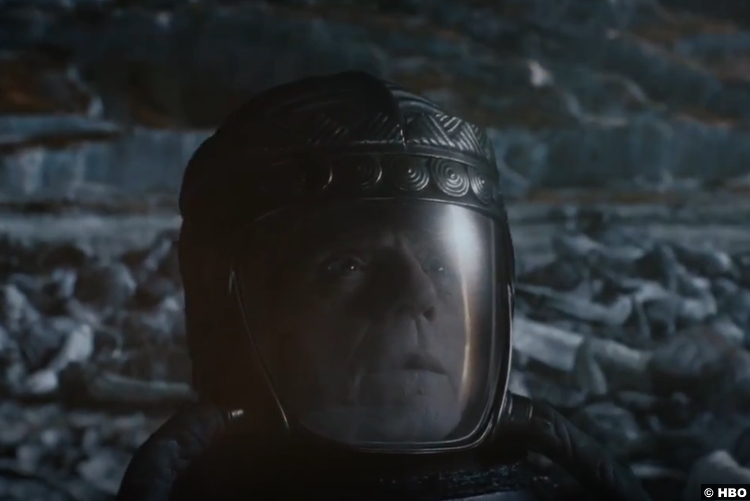 As Veidt’s story inches forward, the final moments of this episode gave us a thrilling tease of what we’ll be getting next week. After Wade decides to betray Angela and forces her to reveal the role she played in covering up Judd’s death, she takes a whole bunch of her grandfather’s special memory pills. It seems like next week will be a journey through those memories, one which promises to be a break from the show’s typical format and a great way to get a whole bunch of answers. 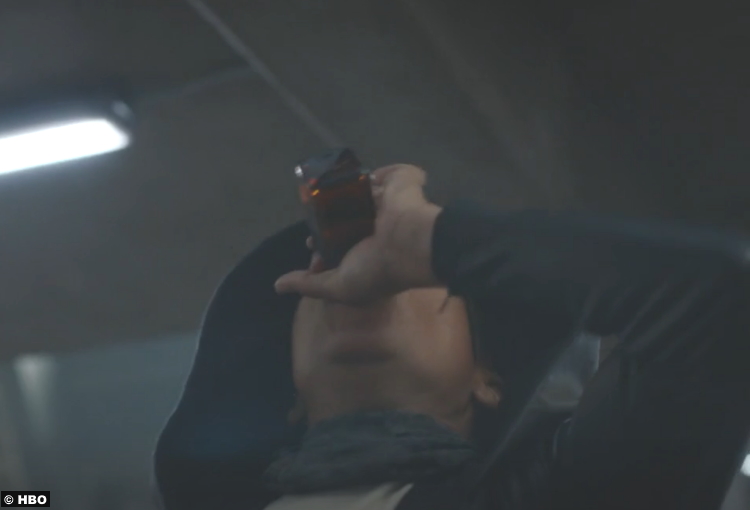 History is never really history on Watchmen. That’s been true in basically every episode, whether that history is of racial violence or masked vigilantes. This week, we see the way that 11/2, the squid attack that destroyed Manhattan, completely dominated Wade Tillman’s psyche.

Little Fear of Lightning showed us the real, lingering effects of trauma. Wade leads a support group for others impacted by 11/2, but he’s not over the pain it’s caused him. That’s just one of the many traumas that have made indelible marks on all of these characters’ lives. The fifth episode is the show’s best to date and suggests that the answers are not going to ruin the fun we’ve had guessing thus far.

If anything, the opposite might be true. As we learn more about this world and all of its characters, we’re able to better understand what story the show is telling, and how it’s using each of its characters and plot points to do it. Watchmen has been astounding through five weeks. Let’s hope it can keep it up.

10/10 — In its fifth episode, Watchmen goes deep on a character we haven’t seen a ton of thus far. The result is the show’s best episode to date.