It’s a telling moment when Lyra tries to shame Asriel, saying that he calls himself a father, and he says he never has. It’s as if he thinks that by never claiming the position, never playing the role, it absolves him of the harm he’s done. 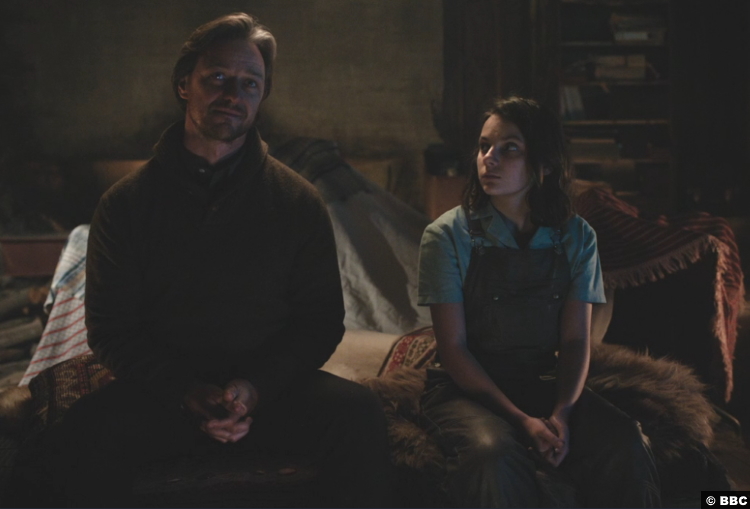 I almost said, “Like he thinks it makes him better than Marisa,” but I don’t think that’s true. I think he knows that they’re exactly alike. They both want what they want, whatever the cost, as long as it’s not their daughter.

But Asriel may be worse. Because if Roger didn’t just happen to be there, I could see Asriel going through with his project. Sure, he would be distraught, as I described him last week, but he would go through with it. Roger isn’t far off when he compares him to a wolf. 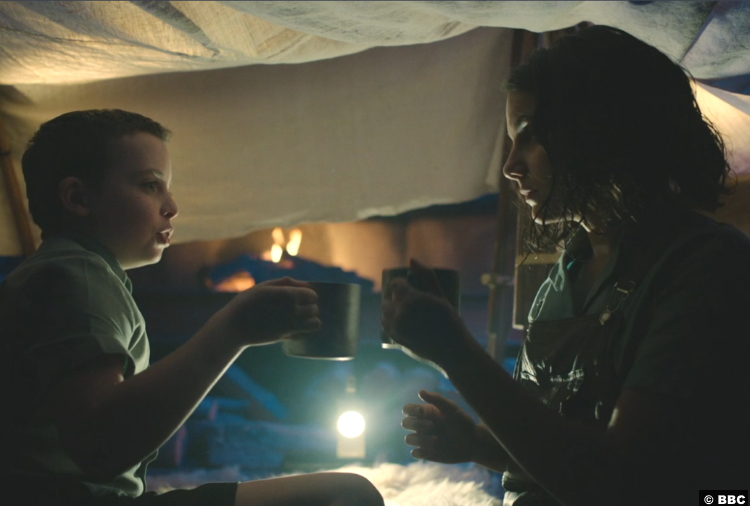 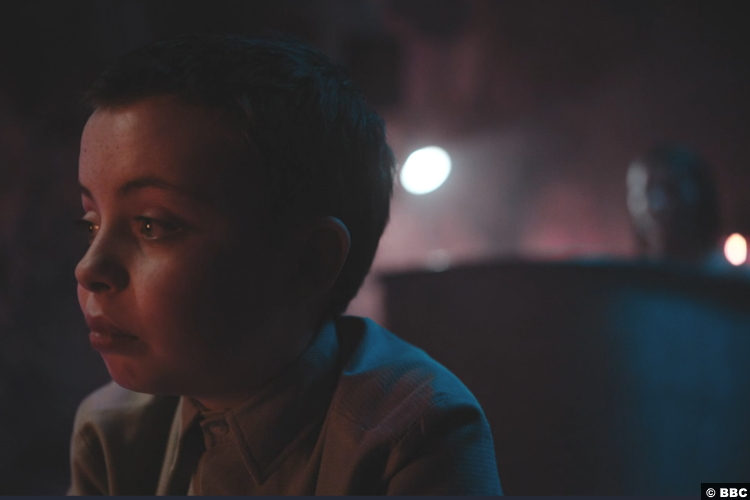 Roger may be a simple boy from a humble background, but he’s not stupid. He knows there’s something wrong there. But what can he do? Lyra helped him and now he’s helping her. At least they get these moments together. At least there’s that.

Because everything can go wrong in the blink of an eye or the flicker of an anbaric lamp. Will could say something about that. Well, not about anbaric lamps, but about how things go wrong. After all, he spends much of the episode trying to duck the police. It turns out that one of the men who searched his house is a DI. (By the way, I’m curious as all get out how Boreal made police connections in our world. But that can wait.)

But killing a man, who might also be a policeman, isn’t important to Boreal. What is important is what the alethiometer has said. 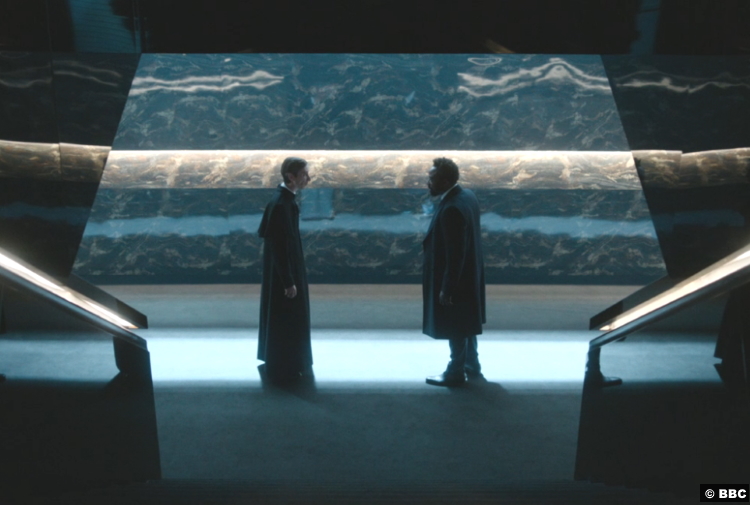 Tasked with investigating the Grumman case, a Magisterium fellow has gotten an odd result. The key to finding a knife Grumman was after is through his son. In this world, Grumman didn’t have a son. But of course, Grumman is also John Parry, who very much had a son.

That gives the search for Will greater importance, obviously. While Will, at the same time, doesn’t know that. He’s just a lonely boy, who could use a friend. 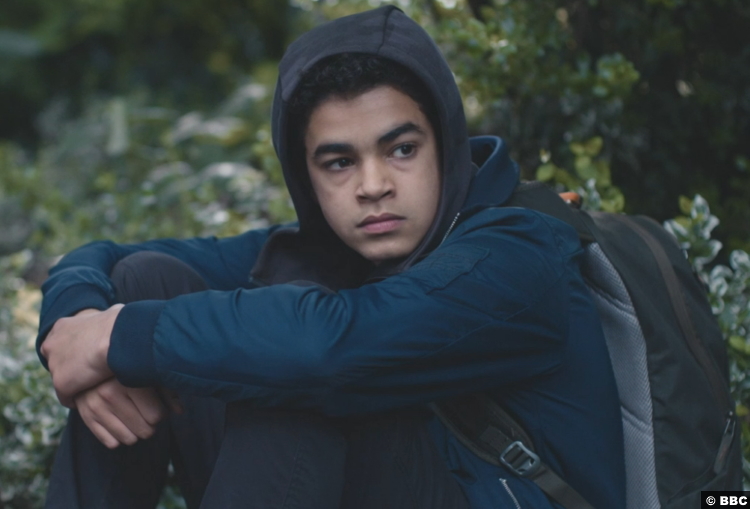 Meanwhile, the Magisterium convoy has made it to Asriel’s hideout, where they battle it out with the panserbjørne. Mrs. Coulter, always more clever than most–if not all–of them, actually makes it inside.

It’s too late, of course. Asriel is already on the mountain. Having spirited Roger away, he’s going to use him–or more specifically, the energy released by severing–to open a door to the world he can see through the aurora. And so he does, as little Roger screams and his daemon Salcilia cries that she doesn’t want to be separated from him. [I AM FINE.] 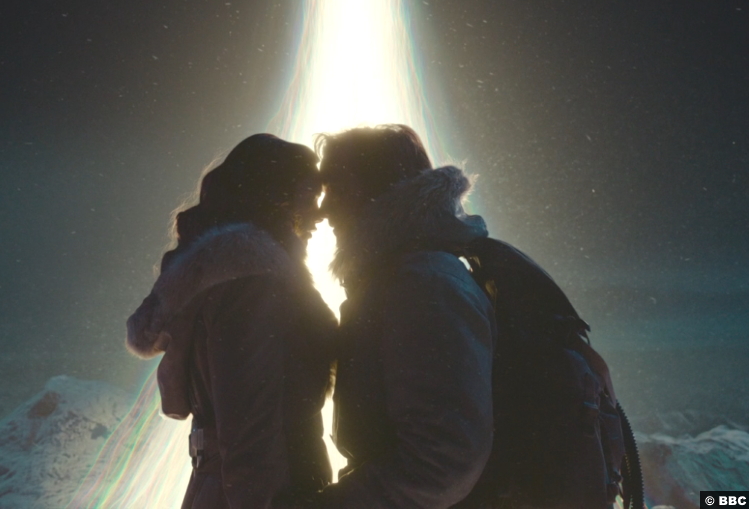 At least it works, I guess. On the other side of a brilliant light, another world shimmers. But Asriel will have to go alone. As much as she too wants to know about Dust, Marisa won’t go with him. She wants to be with their daughter. The father of the year, on the other hand, is fine with ditching Lyra, too.

But he doesn’t get off that easily. After a heart-wrenching goodbye to Roger, Lyra follows her father through the door to another world. This, of course, is no goodwill mission. She wants revenge. 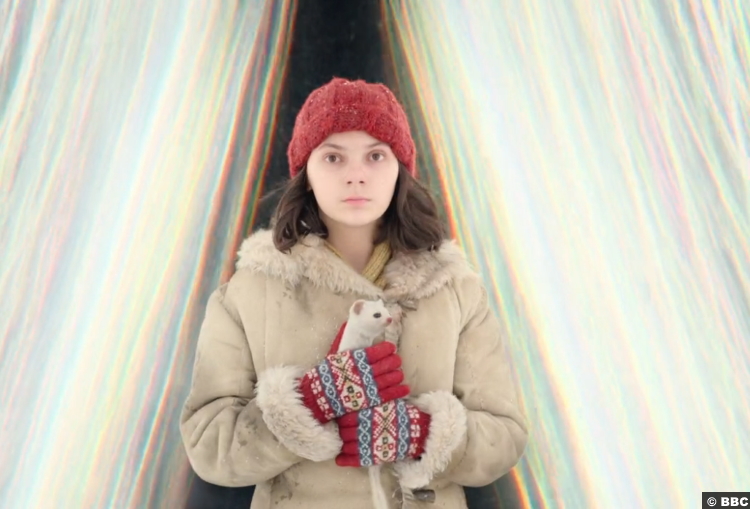 At the same time in our world, Will is watching a cat walk into a thicket of trees and then disappear into thin air. When he follows the kitty, he finds that strange shimmering just hanging there. He tests it with his hand, then he too steps into another world. 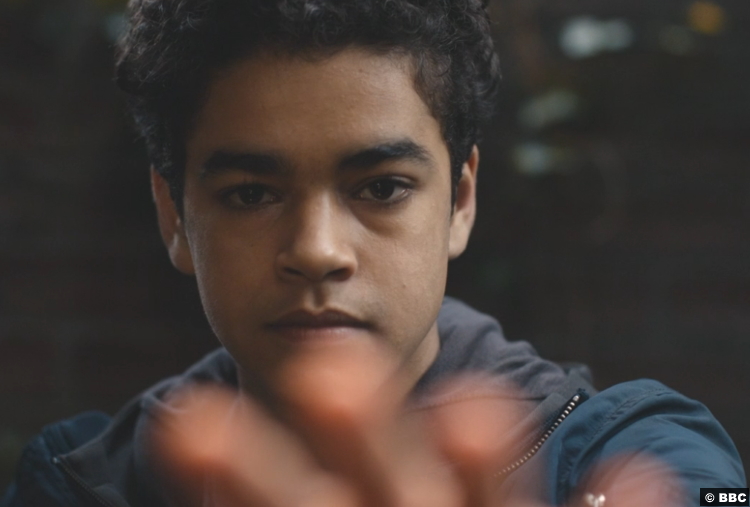 As for what’s on the other side (for all three of them), we’ll have to wait until next year.

8/10 – Although it seems a bit strange to wait until the season finale for Lyra and Asriel to have a real conversation, I’m glad they did. I’m not sure they came any closer to understanding each other–and especially not after he murdered her best friend–but I think it gave Lyra greater insight into what is driving her father. I will award him one-half point for actually explaining what he knows about Dust to her. And then I will take it away for, again, MURDERING HER BEST FRIEND.

As for the rest, it was in keeping with the rest of the season. Sometimes uneven, with room for improvement, but generally very worth watching.

Also, am I smacked or did that cat’s meow sound like it was saying “Will”?