His Dark Materials S01E07 Review: The Fight to the Death – In the book…

One of the biggest difficulties in adapting a book to a visual medium like TV is that it’s easy to miss the nuance. With a book, you (usually) know exactly what a protagonist is thinking, for example. If it’s a complicated feeling or something foreign, like many aspects of His Dark Materials, it can be hard to communicate that in a TV show or a movie without obvious exposition. The show has run into this issue before, when trying to depict, for instance, what an abomination the severing process is. Unfortunately, they ran into it again this week. 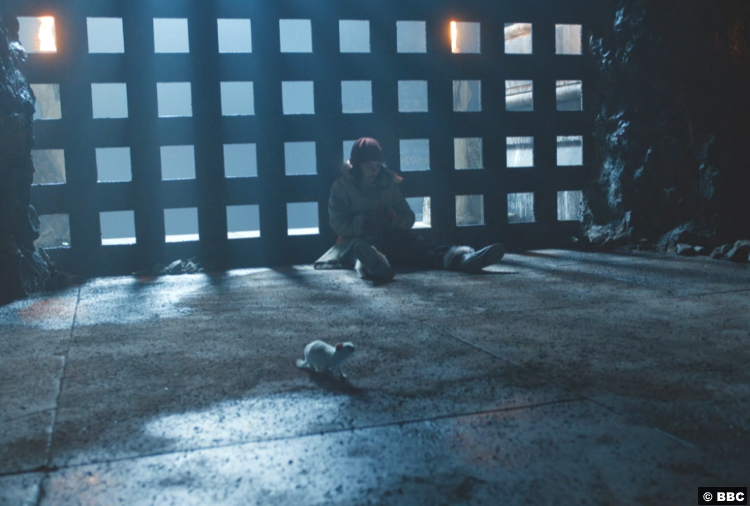 After Lyra comes to, face down in a snowdrift, she’s taken prisoner by the bears of Svalbard, Iorek’s former home. I’m telling you that last bit because they don’t really make it clear. You could pick up on that, though. However, so much of the Svalbard sequences seem rushed, which is especially weird, because the episode as a whole dragged for me. But during the Svalbard scenes, they don’t make much clear. If you didn’t read the book, then I’m not sure how you’d begin to pick up on all that pesky nuance. By not making things clear–things like how Iofur keeps getting tricked when bears are supposed to be trick-proof–they fail to establish any stakes.

And then there’s the fight itself. It’s over so quickly and again, it doesn’t seem to have any stakes. I hate to be the “in the book…” gal but I’m going to have to, in this instance. Because in the book, Iorek isn’t a sure thing. Iofur is a bigger bear and he’s stronger. And the fight is ugly. After a while, Iorek is limping and can barely hit Iofur. Iofur calls him names, like “whimpering cub,” as Iorek scrambles away from him. 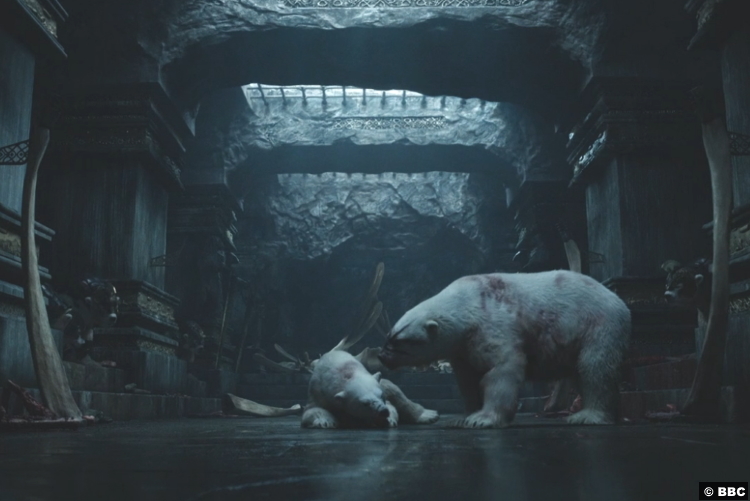 In the face of this, Lyra is inconsolable, but she doesn’t turn away (like she does in this episode), because she wants Iorek to see her believing in him. Because she’s crying so hard, though, she doesn’t pick up on what’s really happening. You can’t trick a bear, but Iofur didn’t want to be a bear. He wanted to be a person–before Lyra volunteers to be his daemon, he’d been carrying around a little poppet–so he could be tricked. And that’s what Iorek does. He’s not as injured as he seems. He’s backing up to find a good position.

That was when Iorek moved. Like a wave that has been building its strength over a thousand miles of ocean, and which makes a little stir in the deep water, but which when it reaches the shallows rears itself up high into the sky, terrifying the shore-dwellers, before crashing down on the land with irresistible power–so Iorek Byrnison rose up against Iofur, exploding upwards from his firm footing on the dry rock and slashing with a ferocious left hand at the exposed jaw of Iofur Raknison.

In case you missed it: Iorek tears off his damn jaw. But here, you’re not even sure which bear won the fight. It’s like they’re trying to prolong the suspense but at the wrong moment. Iorek is the king of the bears now, but it’s oddly muted. Watching Lee’s reaction to learning the news is actually a more triumphant moment. (And it’s funny. Lee’s just out here hollerin’ in the snow while the elegant Serafina Pekkala looks on serenely.) 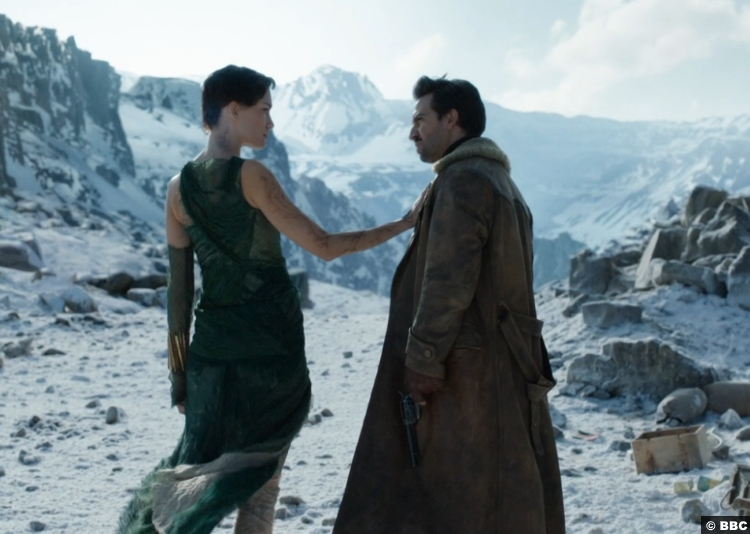 And that’s the issue I had with the episode overall. The pacing is all weird and parts of it, again, really dragged. The Lord Asriel scene comes out of nowhere, for example. We’ve barely spent any time with him, so his reaction to seeing Lyra and then Roger has to be baffling for viewers who haven’t read the books. His wildly quick mood change, though, from distraught to predatory explains a lot about his previous relationship with Mrs. Coulter. They’re not that different, after all. 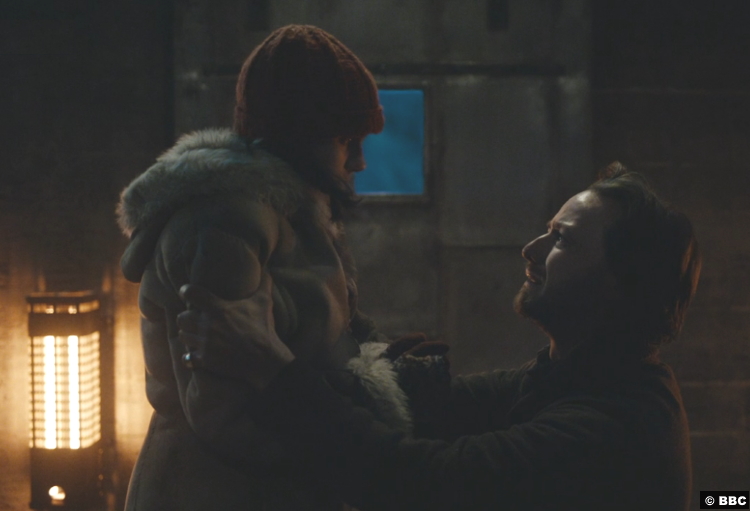 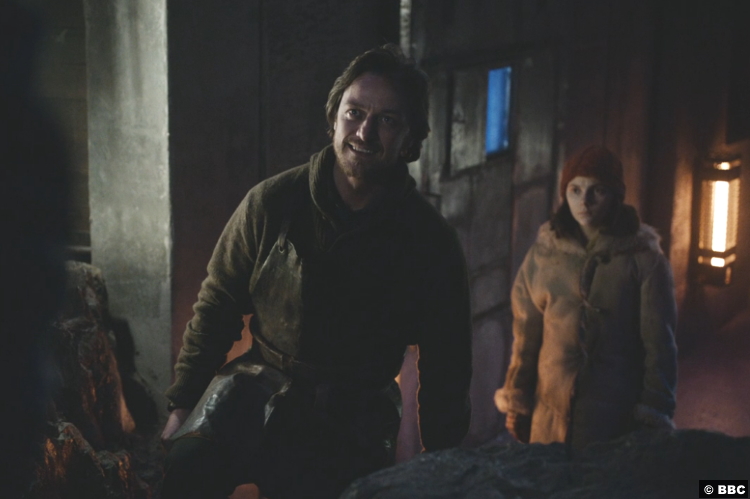 Mrs. Coulter, after all, has figured out to keep herself deeply embedded in Magisterium business even after her pet project went kaput. She’s on her way up (further) north with the rest of the Magisterium creeps when we see her last. 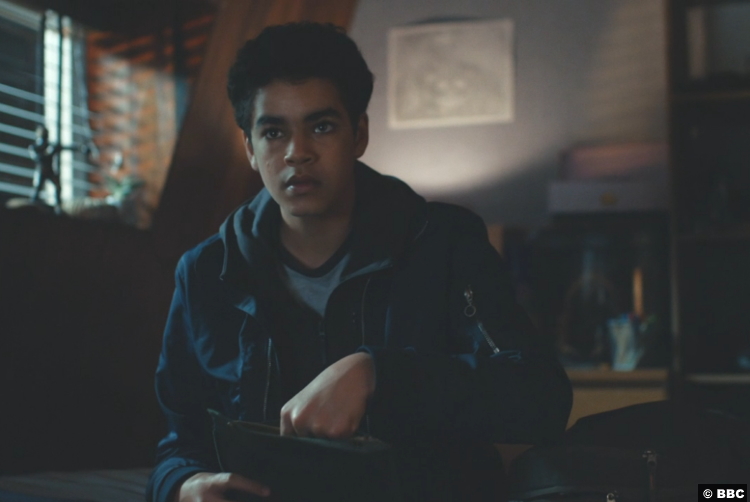 Meanwhile, back in our world, Elaine Parry is still troubled. Lord Boreal has returned to torment her, and unfortunately, her description of him–a man with a snake–doesn’t exactly make her sound sane. However, her apparent delusions start to look a lot more real once she and Will come home to find the place is ransacked. She’s sure they’re after John’s letters, which are still hidden.

After entrusting his mom to the care of his boxing coach, Mr. Hanway (Ray Fearon), Will returns to the house for the letters. Before he can even look at them, though, someone is trying to break in again. In the commotion, Will accidentally kills one of the men. Now he’s on the run, with his dad’s letters and the idea that his dad might still be alive. He has nowhere to go that won’t put his mom in danger. But at least he’s not in bear prison, I guess. (Or getting his jaw torn clean off.)

7/10 – This kind of episode really pains me, because it could have been so much better. Overall, the show is better than the film in so many ways, but I think the film fight got closer to the right emotions than the show did. I’ve also liked that the show has moved faster through the story than I expected, but this week, the pacing was a mess. But we’ve still got next week, the season finale.