His Dark Materials S01E06 Review: The Daemon-Cages – Is Mrs. Coulter haunted by her own urges?

On its face, Bolvangar doesn’t look or seem like a Nazi experimentation facility. It’s clean, the children are fed regularly, and given soft beds. But make no mistake. Despite its official trappings, this is a field of evil. 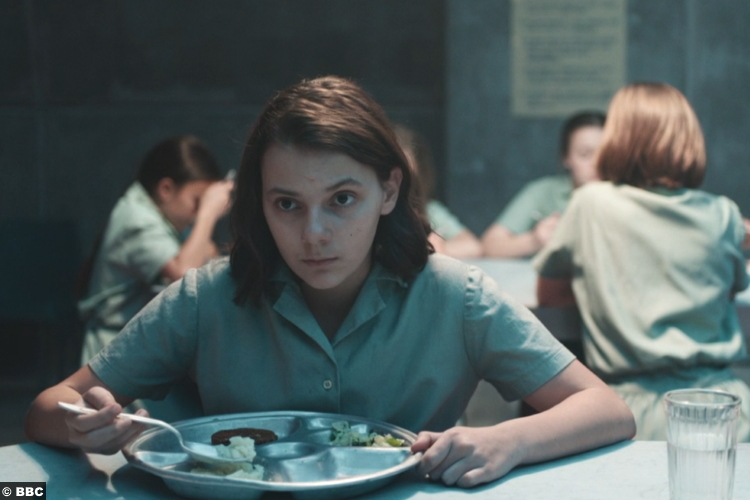 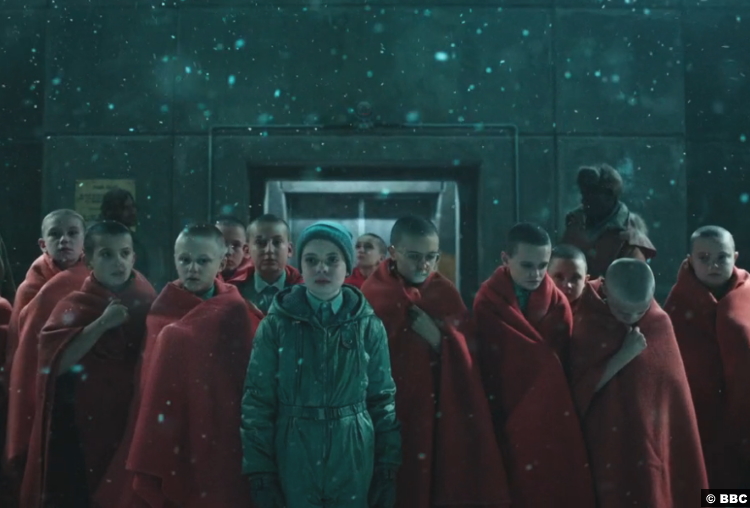 Of course, even though the above image is very reminiscent of photos of concentration camps*, Nazis don’t really exist in Lyra’s world. And intercision has a purported purpose beyond “let’s just see what happens.” The selection and the process, however, are much the same. There is the idea, for example, that some people matter more. That necessarily means that some people–some children–matter less, and they can be used for experimentation because they are expendable.

We find this out because Lyra is selected for intercision. The procedure is going so well now. The kids hardly ever die! Yeah, they’re left stunned and mostly unable to speak, but at least they ain’t sinnin’.

Because that’s what Mrs. Coulter is alluding to, isn’t it? Once children begin puberty and they get all those uncomfortable thoughts and urges, the Dust just settles all over them. Better to prevent all that; better to suck all the life out of them. 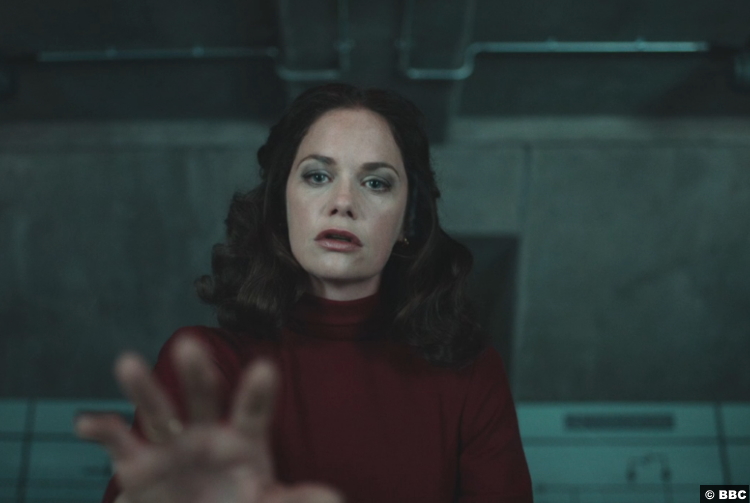 Is Mrs. Coulter haunted by her own urges? Is that what’s driving all this? Remember, she slept with the handsome young adventurer, who went off to have more adventures while she stayed at home in social isolation. No baby, a murdered husband, and a former paramour doing Magisterium-knows-what in the north. She was 21. It’s not inconceivable [no pun intended…okay, maybe a little] that she would want to prevent that for someone else.

Because she’s clearly in a lot of pain. (We’ve talked about her own daemon, but notice this week that she doesn’t seem to trust her own recollection of her childhood.) And despite some of the evidence to the contrary, I believe she cares about her daughter. Witness how she puts a stop to Lyra’s intercision. That’s one part love for her daughter and one part our kind doesn’t do this. Intercision will be appropriate for Lyra when and if they iron out all the kinks. This janky process, though, is fine for the poors who are not my daughter.

That’s going to be a while, of course, though, because Lyra blew the Intercizor 3000 to bits. And the Gyptians, with a Serafina ex machina assist, took all the children back. But at least we got to see one intercision and its result. I think that was a lot more successful than last week in demonstrating the horror of the procedure. I mean, just look at this picture while I pretend I’m not choking up. 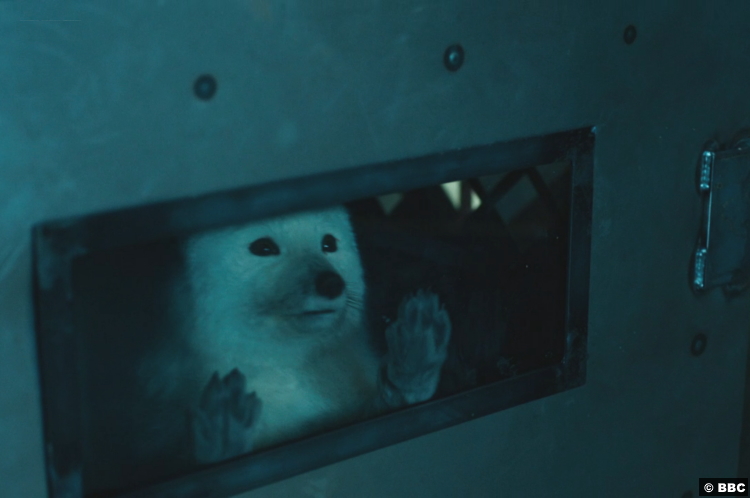 I’m…fine, I say through gritted teeth. Whew. Is it dusty in here? Anyway, most of the children at Bolvangar won’t have to experience that moment. Thanks to the aforementioned rescue squad, plus an excellent speech by young Roger, they’re on their way back to their homes. As for the children who won’t be well-received after their intercisions, they’ll have a place with the Gyptians, if needed. 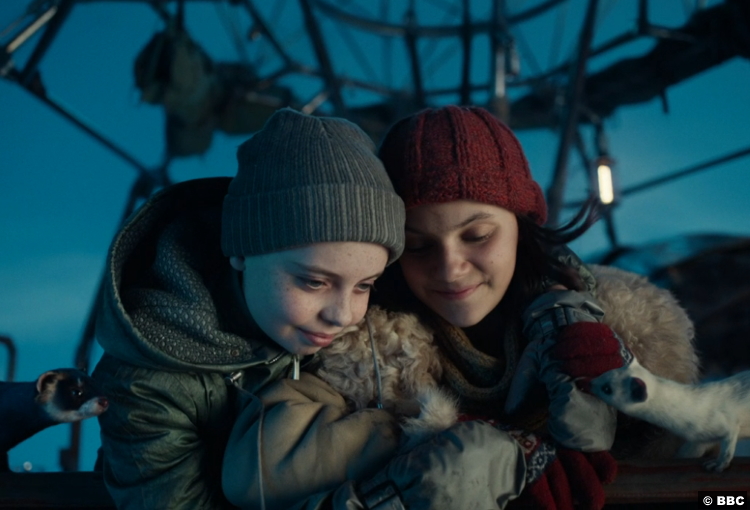 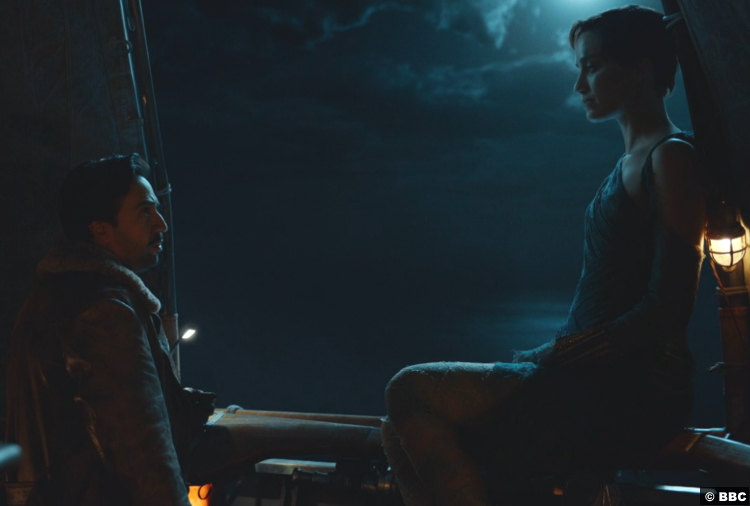 And at episode’s end, Lyra and Roger with Lee and Iorek are on their way to Svalbard to rescue Lord Asriel. As the children sleep, cuddled up with Iorek, Serafina alights to speak with Lee. She wants him to know how important Lyra is, what she means to the future of the world. Oh and ps, as you’re the designated (human) adult here, Lee, she’s your responsibility.

So of course, like, five minutes later, cliff-ghasts attack the airship and Lyra is flung out, plummeting to the ground below. She’ll be fine. Probably. 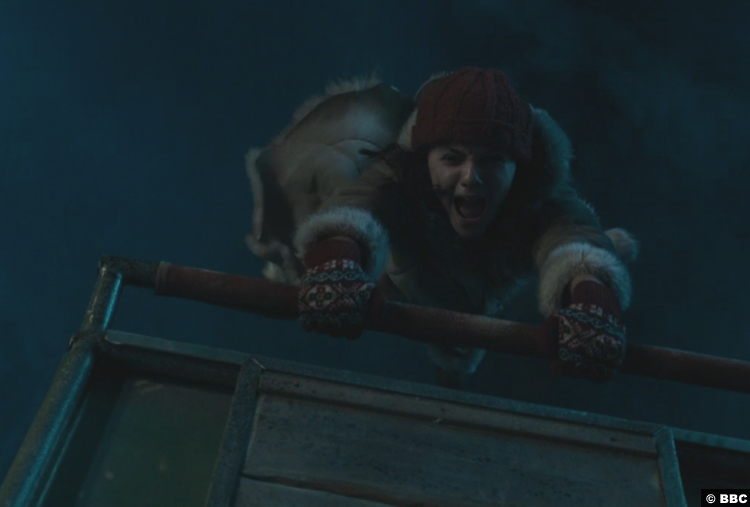 8/10 – While I’ve resigned myself to the reality that the full outrage of intercision just can’t be communicated visually, again, I think they did a far better job this week than with the discovery of Billy last week. And while not a whole lot actually happened this week, this episode was full of great little details. These included the revelation that the (adult) Bolvangar nurse has been severed from her daemon, which explains her flat affect. And although it was brief, our tiny visit with Will this week, in which he got a little bit closer to puzzling out his dad’s story, was also nice. It feels like it’s coming to a head, though. Those men aren’t going to just wait outside forever.

*And of course, there’s the doctor who tells Ma Costa that he was just following orders.