His Dark Materials S01E03 Review: The Spies – How far Mrs. Coulter will go?

While not much really happens on this week’s episode, it’s so studded with reveals and emotional moments that you might not notice. I know it made me cry–a stunning achievement for any show, I know. (I cried at a radio ad last week.)

Anyway, after last week’s dramatic ending, the resolution this week turns out to be kind of anti-climactic. That was a Gobbler who snatched Lyra, but he doesn’t get very far with her. A group of Gyptians, including Tony Costa (Daniel Frogson), ambush the Gobbler truck and take Lyra back. Oh, and they also take the Gobbler.

It’s decided that Lyra will stay with the Gyptians for the time being, as it’s not safe for her back at Jordan. Mrs. Coulter is currently having the halls of academia ransacked in search of the little girl. She finds out that Lyra has an alethiometer, but she dismisses it, because you apparently need study and books to read it. Apparently.

Of course, Lyra doesn’t. She has a gift. There’s something special about her, and the Gyptians know it, even if they don’t know what exactly she’s meant for. They just know to keep her safe. And they’ve been doing it for a long time. 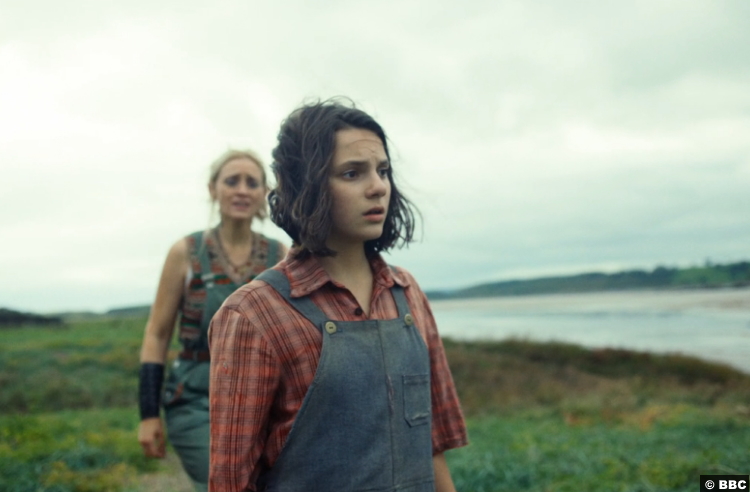 In a tearjerker of a scene that had me weak, Ma Costa (Anne-Marie Duff) reveals what everyone else has been tiptoeing around. Yes, Asriel is her dad. And Marisa Coulter is her mother. She’d had an affair with the dashing young adventurer and then she fell pregnant. When Mr. Coulter found out, he attacked Asriel, who killed him in self-defense. All the while, baby Lyra was put into the care of a Gyptian nurse. It wasn’t the safest place, though, so that’s when Asriel took her to Jordan. Then I guess he effed off on another adventure, while Marisa–Mrs. Coulter–was left a pariah for years. Boy, this backstory explains a lot about her. (And a lot about why and how Ma Costa–who was that Gyptian nurse–is so immediately maternal toward Lyra.)

Meanwhile, Boreal does more poking around into Grumman and comes up with another revelation. Grumman isn’t from Boreal’s world–he’s from ours. He’s a British vet by the name of John Parry (Andrew Scott). I said this was a revelation, but it also just creates more questions, like, “Huh?” But more specifically, what’s the deal with daemons? John Parry obviously wasn’t born with one, since he was born in our world. But in the other world, he has a daemon. Did he get it when he crossed over? I want to believe. 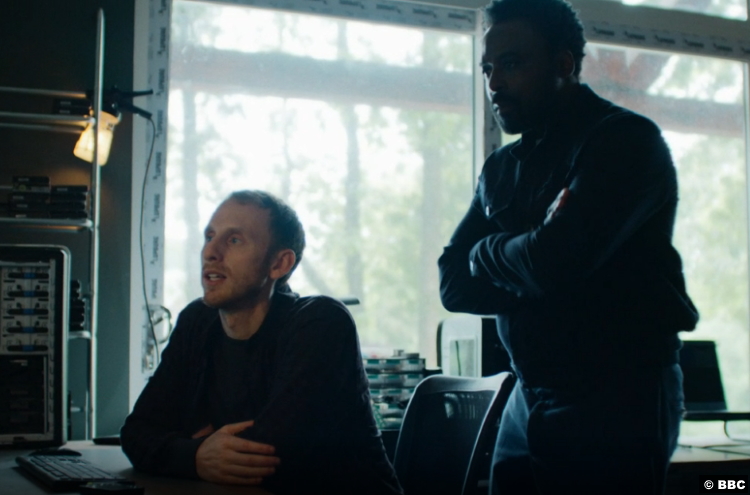 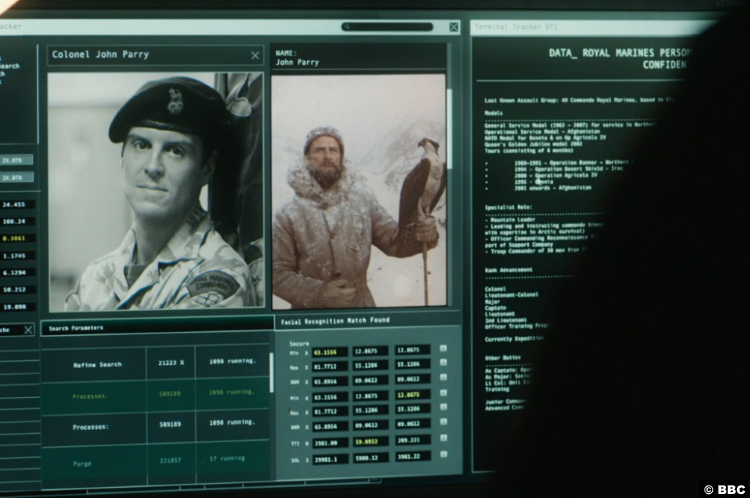 Back at the Gyptian camp, they don’t get much out of the captured Gobbler, simply because he doesn’t know much. I mean, it’s understandable. He’s obviously more of a low-level grunt, not part of the inner circle. Anyway, all he knows is that they’re taking the children up north. So Tony and his friend Benjamin (Simon Manyonda) attempt a daring raid at Mrs. Coulter’s flat. It goes very badly. Tony manages to get away–with one shred of a document–but Benjamin’s caught by Mrs. Coulter. Rather than submit to whatever she has planned, he plummets down the elevator shaft. Goodness. 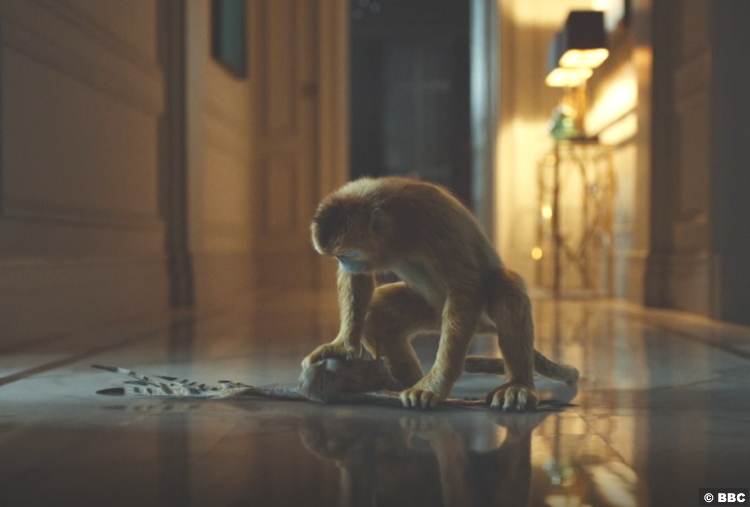 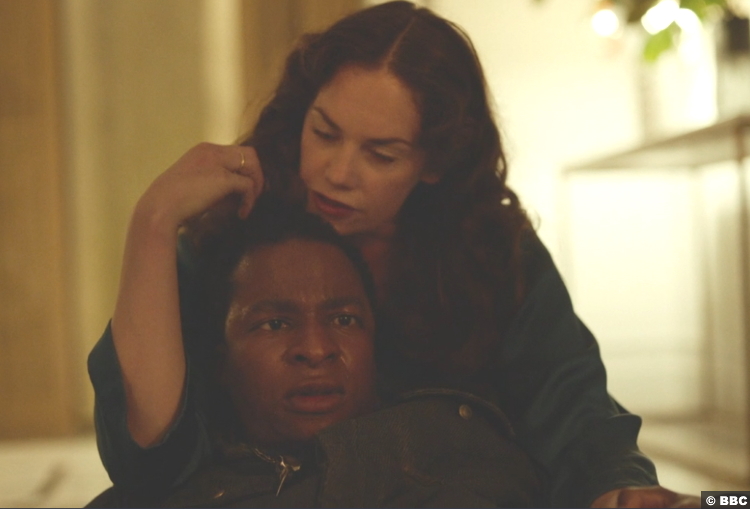 Having failed to find Lyra, even after the Magisterium goons ransack Gyptian boats, Mrs. Coulter lives on the edge. (Sorry.) Specifically, she employs a coupla of spy flies, clockwork insects animated by literal magic, to locate her daughter. This is tricksy stuff, because using magic like that is verboten by the Magisterium. (Sidenote: She must really trust Boreal to let him know she’s doing it. I know they’re in a relationship, but still.)

The spy flies do their work, finding Lyra on a Gyptian boat. She and Farder Coram (James Cosmo) manage to capture one, but the other returns home. So now Mrs. Coulter knows where she is. Or knows where she was–like the Gyptians, Lyra is heading north. (And it looks like we’re going to see panserbjørne next week!!!) 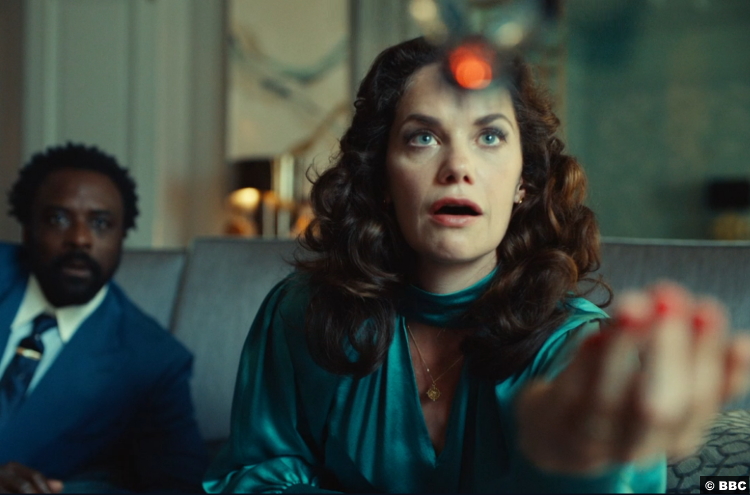 9/10 – Again, although this episode wasn’t action-packed, it was important. It was stuffed full of good conversations on topics that ranged from identity to free will. As this is what is really at the heart of His Dark Materials, it was elegantly done. And it’s something to keep us cozy when we meet *5-second sigh but in a good way* a goshdarn ARMORED BEAR next week.