BoJack Horseman Season 6A Review: The unsteady road to recovery

Throughout its first five seasons, BoJack Horseman has got really good at depicting a cycle. It’s a cycle in which BoJack, the show’s titular horse, tries to get better without ever finding much success. He makes mistakes, hurts people, feels terrible about it, and tries to drink those feelings away. In the first half of BoJack Horseman‘s sixth season, though, BoJack tries and actually succeeds in getting just a little bit better. The result is a penultimate set of episodes that are all wrenching and hilarious in equal measure. 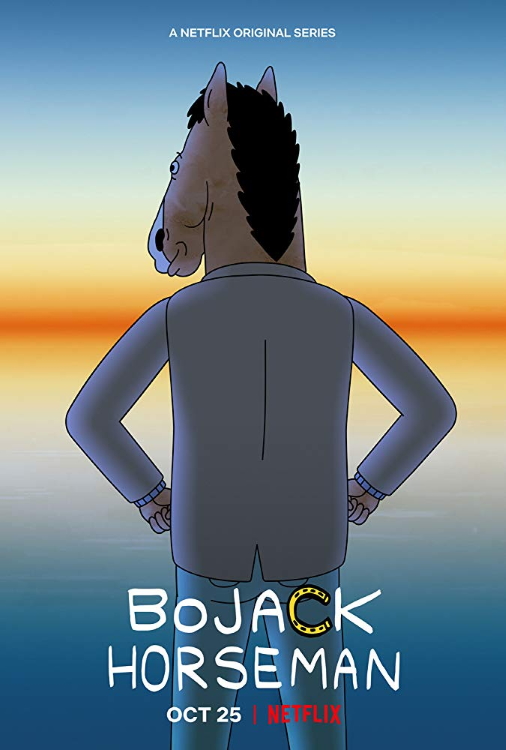 As this cycle plays itself out, the people around BoJack are left to deal with the fallout of his actions, even as they all face their own issues. That’s no different in this set of episodes, but progress seems more possible than it usually does for this crew. For Princess Carolyn, BoJack’s friend and manager, the focus of this half-season is her attempt to balance her dedication to her job with a new baby. Todd’s dealing with the re-emergence of his mother in his life. What’s more, Diane finds a chance to change her life and deal with her own depression.

Each of these principal characters, as well as BoJack himself, is actually making lasting change in their own lives for the first time on the show. By the end of “The Face of Depression,” the seventh of the eight episodes that constitute the first half of BoJack‘s final season, each of these characters are in a good place. They’re not magically cured, but all of them seem better off than they’ve been at almost any other point in the show’s run.

It’s the eighth episode, “A Quick One, While He’s Away,” though, that shows audiences why “The Face of Depression” can’t be the definitive happy-ish ending that so many viewers might have craved. In that episode, which features none of the show’s main characters, we see that the damage BoJack has wrought on those around him is about to come to a head. His half-sister discovers the trouble BoJack got into in New Mexico, while two truly hilarious news reporters straight from the 1940s seem poised to break open BoJack’s role in Sarah Lynn’s death. 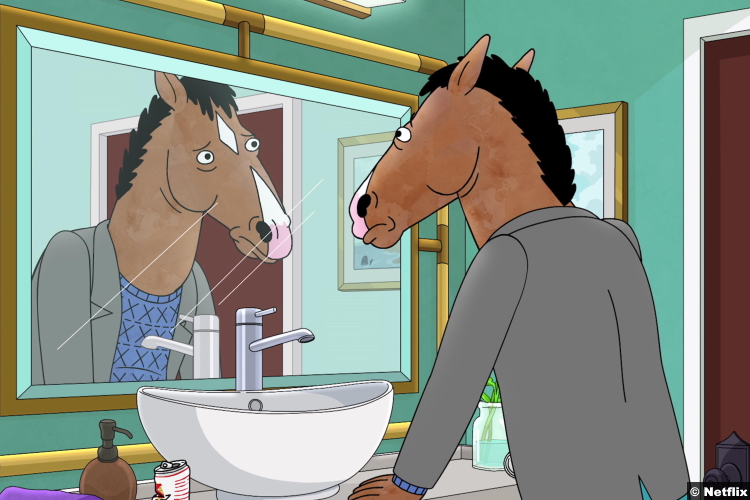 That’s where we’re left to wait until the final stretch of episodes debuts early next year, but it’s far from the only thing worth mentioning about this half-season. Although he doesn’t get a ton of serious, weighty material to chew on in here, Todd’s fiascos continue to be one of the show’s best features. Whether those involve unintentionally selling a TV show or successfully stealing a kidney from an ultra-wealthy whale, BoJack knows how to make each of these misadventures uniquely unbelievable. What more could we ask for?

Other than BoJack, Diane probably gets the most to chew on in the first half of this season. Her burgeoning relationship with Guy, her cameraman, ends up giving her a stable relationship for perhaps the first time in her life. Guy doesn’t solve Diane’s existing problems, but he gives her a solid support system, and he seems to genuinely care about her.

As BoJack begins his recovery, we get a sense of just how gentle and supportive he can be. When Diane announces she’s moving, he lets her go, even though he’ll miss her. He also has a genuine moment with Princess Carolyn, one where he seems to really acknowledge all she’s done for him. The best gesture of all comes when Mr. Peanutbutter finally gets his crossover episode. It’s a moment seasons in the making and one that seems to come from genuine growth for these characters. It left me in a puddle. 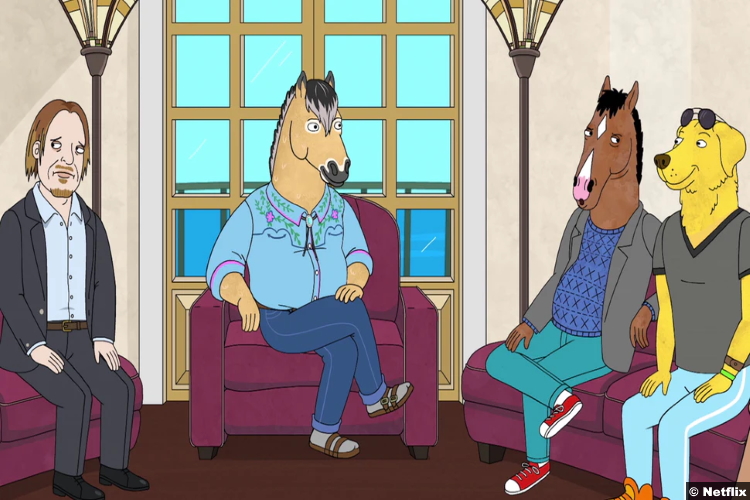 Even as BoJack remains incredibly smart about who each of its characters is, the show also has time for trenchant socio-political commentary. The idea that in BoJack’s world four companies own everything gets at very real anxieties about life in the 21st century. Diane’s lingering guilt over her ability to be happy inside of this system also sends a tingle up the spine. She’s a guilty capitalist, and that’s a feeling not enough shows grapple with.

The way the show effortlessly mixes the development of its characters with these kinds of smart cultural critiques is only part of what makes it one of the best on television. It’s easy to praise the always exemplary writing, which seems to be permanently sitting atop a fence between farce and tragedy, but the animation is a huge part of BoJack Horseman‘s success.

Always formally inventive, “The New Client” in particular gets at the stress of parenthood through formal innovation as much as it does through dialogue, showing Princess Carolyn quite literally spreading herself too thin. Elsewhere, in “A Horse Walks into a Rehab,” the season premiere, the show effortlessly glides between the past and the present as we learn more about how BoJack‘s relationship with alcohol has changed over the years. 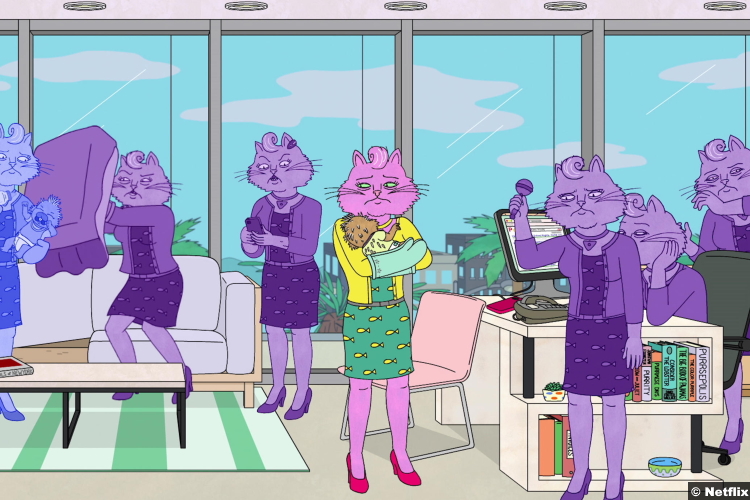 It’s that push towards the past that BoJack seems to be honing in on as it comes to a close. In previous seasons, the show has focused on how the lives our characters led before we met them helped to dictate the people they became. Now, the show is ready to rely on its own history. In BoJack’s case, that means revisiting a lot of the pain that he’s caused. It also means that many of the people he loves are about to see him in a new way.

Now that BoJack Horseman and the show that shares his name have broken out of the loops they were caught in, the show’s final episodes will give us a sense of how BoJack handles the return of his past. BoJack Horseman has been a consistent gift every season. Now that it’s coming to an end, it’s time to savor every moment we have left with the show.

9/10 — The first half of BoJack Horseman‘s final season sees characters who have been stuck in ruts make enormous progress. The show is as heartbreaking and hilarious as ever and is poised to finish strong when it returns next year.