Review: IT COMES AT NIGHT asks questions you won’t want to answer

I understand why the marketing department in charge of selling It Comes At Night to mass audiences decided to frame it as though it was a traditional haunted-house horror movie. There are certainly enough scenes, moments, and flashes of vivid imagery to be cut and pasted into a two minute preview or thirty second commercial, to give the impression that this is something akin to The Amityville Horror or even Night of the Living Dead. The title certainly didn’t dissuade anyone from thinking it’s a horror movie. I’ve seen the film I’m still not sure what “it” is, or even why “it” comes at night. In fact I can’t think of anything in particular that only happened at night to give some clue as to what “it” was. 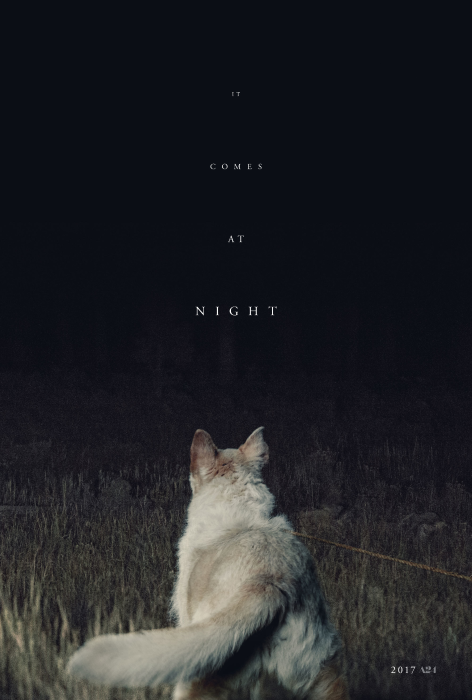 This is not a horror film in any traditional sense. There are no supernatural monsters, demons ghosts or like-creatures. Three people die within the first half-hour of the movie, but no one comes back to life at night to attack the house, etc. Those sorts of expected, even cliched, twists are so expected these days we can’t even call them twists anymore.

In this movie, the real twist, if you want to call it that, is that there is no twist, and most of the questions the movie raises will still be hanging there when the credits roll.

And that seems to be the way writer/director Terry Edward Shults wanted it. You will leave the movie with a some big questions, feeling confident that you can answer maybe half; the other half simply can’t be answered because there’s not enough information provided. Those questions will never be never answered because they don’t need to be. I’m sure Shults has the backstory in his head and he easily could have incorporated it into the movie, but that only would have dragged down the pace of the film and forced the audience to sit through scene after scene of plot history, while they waited impatiently for the movie to “get on with it.”

Instead of all that noise that would have done nothing to enhance the movie, Shults cut it out, cut to the chase, and presented just the core nugget of his story. One of the cardinal rules in screenwriting (which few ever actually hold themselves to) is: Start the story where it starts. Pick the moment when the hero is confronted with his quest and go from there; we don’t always need to see how the whole world was created and how it all led to the Hero being given his choice to fight or flee. We didn’t need the Star Wars prequels, for example, and the massive success of the first Star Wars in 1977, which started right in the middle of a war, was proof.

Shults held fast to that rule and as a result, has offered up one of the tightest suspense films in recent memory. But if there are no aliens or demons or witches, then what’s the source of the tension? What’s all the fuss about? What’s the monster?

It’s the struggle that comes with deciding between what is “right” and what is “necessary.” 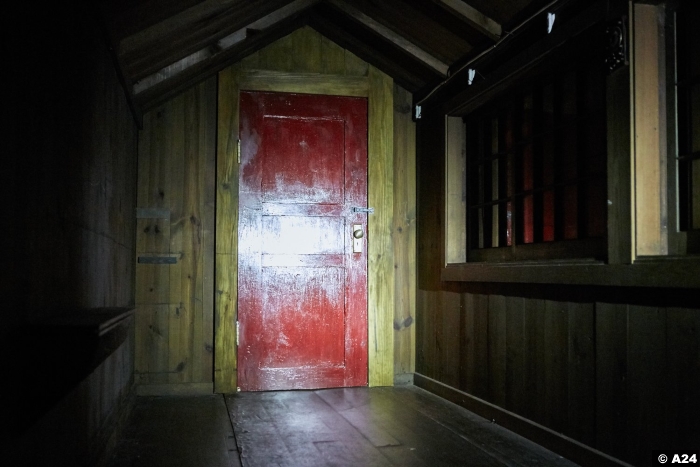 As said, this movie isn’t a horror film in any conventional sense. If there was anything to compare it to, it might be John Carpenter’s masterpiece, The Thing. But even that comparison is limited to similar feelings of unrelenting tension, paranoia and distrust. Unlike in The Thing, there are no aliens to contend with. This movie examines what it would be like if The Thing happened but no one was an alien imposter. What if you were locked in a house with people and one of them might suddenly become very very sick and the only way to prevent yourself and your loved ones from getting sick is to kill and burn the body?

What’s “terrifying” about the movie is that it forces you to question your own moral compass. Where do you draw the line? The house’s patriarch, Paul, explains to the family of three he’s taken in that there’s a very structured order to the way things work in the house. The Red Door that leads to the outside stays locked and he has the only key. Food is served twice a day, at exactly the same time, at the exactly the same amount. No one goes outside (where people contaminated by whatever plague is spreading might be lurking in the woods) without going in pairs and, though this rule is shown not spoken: If necessary we kill anyone that might mean to harm us or—worse—contaminate us.

To that end, on a purely survival/practical/emotionless level, every decision Paul makes is justified. He is not a tyrant on a power-trip. He isn’t abusive. He doesn’t have people chained in his basement or any crazy thing that could make him unsympathetic: He loves his family and states clearly and unequivocally his willingness to “do whatever it takes” to keep them safe. In keeping with the screenplay’s tight “show don’t tell” nature, the opening scene of the movie conveys Paul’s “survive at any cost” philosophy: He kills his wife’s own father and then burns his body. As he says later: “we can’t be emotional about these things.” This is about survival and that means sometimes doing the hard thing to live another day. The scene after the burning of grandpa features the three surviving family members—Paul, his wife and their teenage son—at dinner, eating their rations.

Once Will and his wife and child are allowed to shelter with Paul and his family, we know something is going to happen, some collision. We can feel the tension slowly being dialed higher and higher, like a manual transmission that never shifts gears, it just become increasingly higher and higher pitched until you just can’t take it anymore. And then the climax happens, hard choices are made, and the need to “survive” leads to innocent people being shot and killed. Again, you can rationalize and justify and get inside Paul’s head and understand why he did it, but it still feels wrong.

At least to me.

You may watch the scene where he shoots and kills a child and his mother and think “he had to do it.” That’s the brilliance of the screenplay; no one is made totally good or totally bad, so there’s no easy solution to root for. The movie challenges us to put ourselves in Paul’s shoes and answer the question “What would I do? At what point would I just accept my fate and say I’d rather die than willingly kill someone who might unwillingly kill me?”

The final shot of the movie ties a bow on the whole thing as we see Paul and his wife at dinner, eating their rations, the only two left alive after their son was infected (and killed/burned off screen). We started with four and then quickly the number fell to three. We end with only two. What happens when one of the final two get sick?

What would you do? 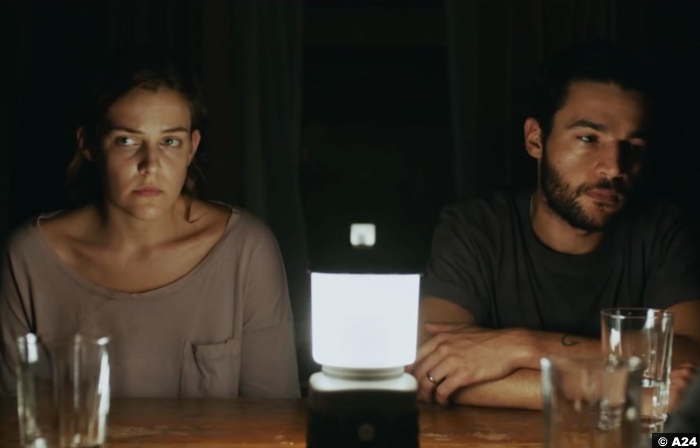 8/10 – It Comes At Night is the first movie since 2007’s The Mist that I respected and admired but on a personal level just didn’t “like.” This movie bothered me. It made me uncomfortable. I appreciate how well-made it is and yet I still shook my head and looked away during the climax.

Maybe it’s a horror movie after all.