Maggie and Vic have become closer friends after Vic’s discovery of Sharon. It’s partly by design and partly because there really isn’t anyone else she can talk to about everything.

She certainly can’t talk to her parents about it. After a late night chat with Maggie, Vic heads out to Tiffany’s garage. There she spends the entire night in a kind of manic state, making linocut print after print of the car and of Manx. Needless to say, when Chris and Tiffany discover her, they are more than a little freaked out. 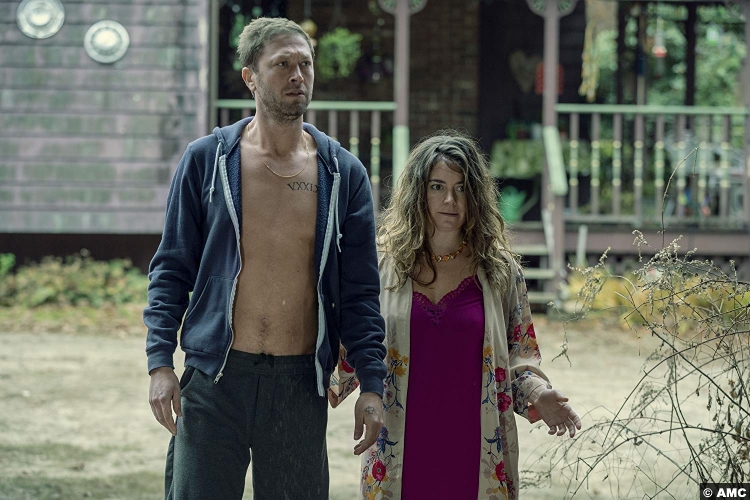 Chris thinks that Vic is upset after discovering Sharon’s body, because why wouldn’t she be? He tells her about his tour of Kuwait and how you can’t keep bad feelings bottled up because they poison you from the inside. It’s a nice father-daughter moment, but too bad it gets poisoned, too.

It seems that Tiffany was planning on using that linoleum to redo her kitchen floors. As she’s just as working-class as Chris and Vic, she doesn’t exactly have a pile of spare money lying around to replace it. This situation is just becoming a bit much for her. She aggressively hints that she’d like Vic to leave. And then Chris just sort of goes along with it. He doesn’t stand up for his daughter at all.

When Vic returns to Linda’s to get her bike, she’s met by her angry mom when she’s coming and then a detective when she’s going. The detective, Tabitha Hutter (Ashley Romans), obviously wants to speak to her about how she just stumbled upon Sharon’s body in a field. Vic gives her a not-believable-at-all story about seeing crows pick at the spot. While you were speeding by on your motorbike, sure. 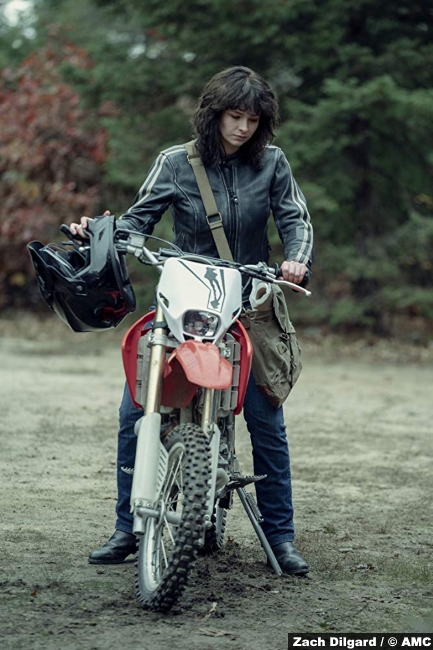 Hutter wants to know why Vic was even in the area to begin with, of course. Vic says she was visiting Bing and that’s when we get the confirmation that Vic has told the cops about him. Hutter doesn’t focus too much on the particulars of Bing’s possible involvement, though; she’s more interested in why Vic, a high school student, is visiting an adult who works at her school.

As for Bing, he’s hiding from the cops. Literally hiding–he’s cowering in his basement. He’s visited by Manx, though, who urges him to speak to the police. I’m not sure if Manx has done something to him–hypnotized him in some way–but it feels like that when Bing talks to Hutter. Once she starts asking him about his sealed juvenile record, he first clams up and then begins repeating his exact lines to her again. He’s much sturdier when he sees Vic at school.

That’s where he gives her an invitation from Christmasland, an invitation to meet Manx. She’s supposed to go by herself. Maggie, predictably, thinks this is a terrible idea, but Vic doesn’t give her a choice. Adrift from both her parents, she’s staying in Maggie’s motel room. And that’s where Maggie wakes alone the next morning. 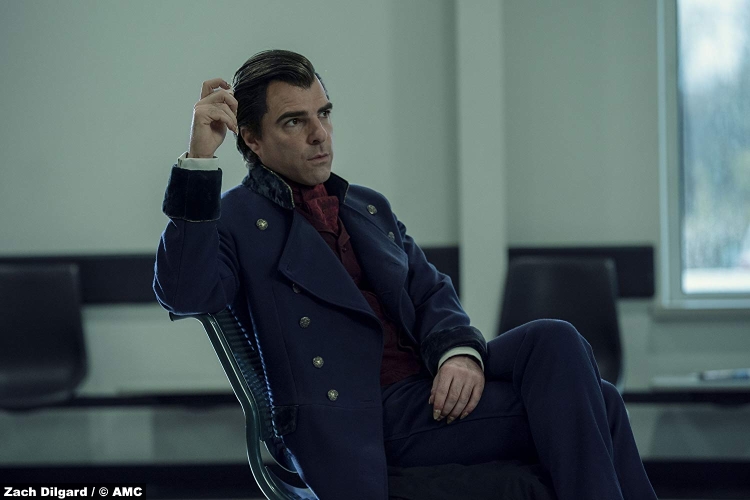 Manx and Vic finally meet in one of the most pedestrian of settings, the local bus station. They are both younger than the other one expects. At first, Vic seems almost too afraid to come near him, but she quickly finds her bearings. She especially sounds sure of herself when Manx urges her to give up her silly quest to catch him. Most Strong Creatives can’t handle it, he tells her. They break under the strain. But he’s figured out a different way. He can share it with her. The children in Christmasland need a mother, after all.

It would be so easy, wouldn’t it? Just to give up and float along. But Vic has never known life to be easy. She’ll take what she gets through hard work. And she won’t take what Manx is offering. Instead, she presents her terms: “Here’s what I’m gonna do. I’m gonna take my Bridge to your inscape, I’m gonna rescue Haley, and then I’m gonna burn Christmasland to the ground with you in it.” It’s a breathtaking moment. It’s a shame it doesn’t last long.

Having followed Vic, Maggie has located the Wraith in the parking lot in the meantime. Manx can feel her there, feel her touching it, and he can’t have that. The Wraith starts up on its own and plows her down. She’s hospitalized when we see her last. That’s where Vic keeps a vigil, where Hutter finds her. She tells Hutter the whole wild story and so it’s unsurprising when it’s recommended that Vic also be hospitalized. It’s for the best, her dad urges. She can get help. But she doesn’t need it, not right now. She can help herself.

9/10 – This episode would have scored high on its own overall, but it definitely got a boost from that electric meeting scene.