And we’re back to the third season of Penny Dreadful, a show that contains many things I love, including monsters and sadness, and is now adding other things I love, like the wild west and more monsters. When we left our Scooby gang at the end of last season, they were scattering across the continents, and scattered is where we find them still. Like the premiere episode of this season of Game of Thrones, this episode is a bit of table-setting and reacquainting ourselves with the gang. 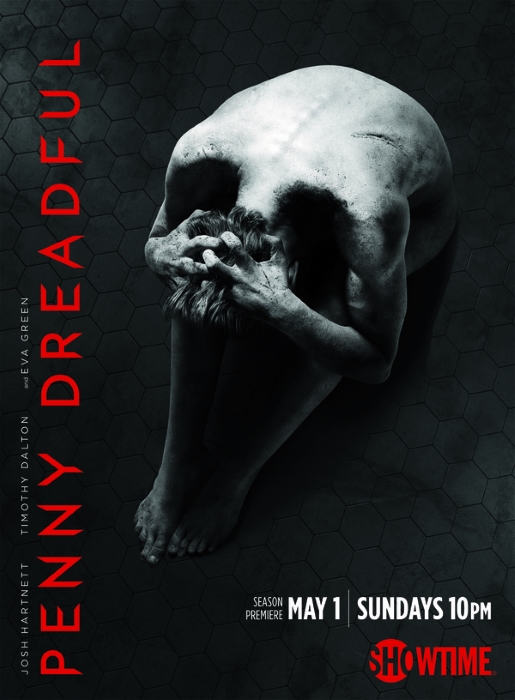 First we check in on our dear little Scorpion, Miss Ives, who has seemingly lost her sting, holing up in Sir Malcolm’s mansion where she’s wallowing in squalor. If she were a man, she would have grown a sadness beard. A man with a much cheerier beard, Ferdinand Lyle, stops by to see her. After quipping “I love what you’ve done with the place,” he makes her smile and encourages her to see an alienist [therapist] who had helped him in the past. She agrees and weeps in his lap, overcome by his kindness.

You’d think that Dr. Frankenstein could have stopped by once or twice, since he’s still in London too, but that would require him to think outside himself–never his strong suit. Instead, he’s also wallowing, bereft over his failure with Lily. He also gets a visiting assist, in the form of one Dr. Jekyll (Shazad Latif), a new addition to the cast this season. Apparently, Victor and Jekyll with the good hair were former classmates, a detail that provokes more questions than answers. Like, what school was this, Monster U? 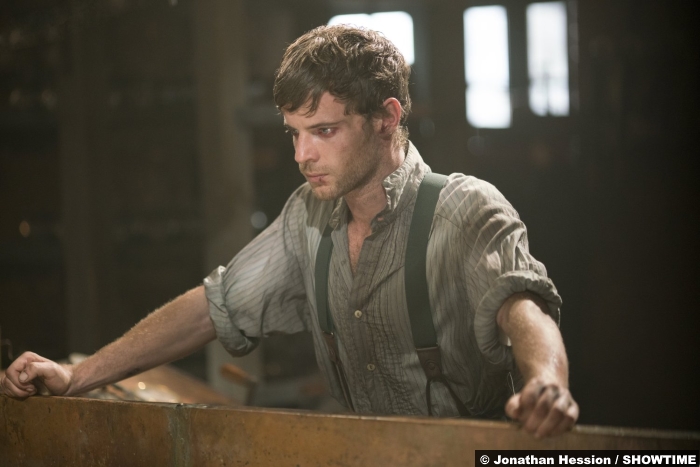 Jekyll is almost preternaturally calm, which enrages Frankenstein, who is always on the knife’s edge of an emotional outburst. The former attributes his new zen to the experiments he’s working on and we can all assume from his literary history that it’s going great. At least, until the bodies start turning up. And speaking of bodies, there’s no small amount of creepiness in the way he talks about solving the Lily problem and how he’ll help Victor “domesticate” her. Yikes.

Lily is a no show for this episode, but we do see Victor’s other creation, John Clare, who is on a ship that’s wrecked on Arctic ice. Clare, as a living corpse, is as fresh as a reconstituted daisy while everyone else on the ship is freezing and starving. It’s while comforting a dying boy with a lullaby that Clare has a flashback to his pre-reanimated life. Unlocking part of his history sends him packing, trudging back to London on one long walk home.

Also a long way from London is Sir Malcolm himself, who’s traveled to (what is modern-day) Zanzibar to carry Sembene home. After taking care of this, he finds a bar for his own wallowing time, but after leaving is set upon by a gang of apparent muggers. Malcolm, as we know, can acquit himself well in a fight, but it doesn’t hurt when a mysterious stranger (Wes Studi) joins in. After the fight and after he scalps a man, he introduces himself as Kaetenay, and lets Malcolm know that his appearance is no coincidence. He tells Malcolm two important things. One, that Kaetenay is as American as it gets–American Indian, to be exact, and Chiricahua Apache to be more specific, which you may have guessed from the scalping. He’s sought out Sir Malcolm specifically, so that they may go to America together and retrieve “our son.” 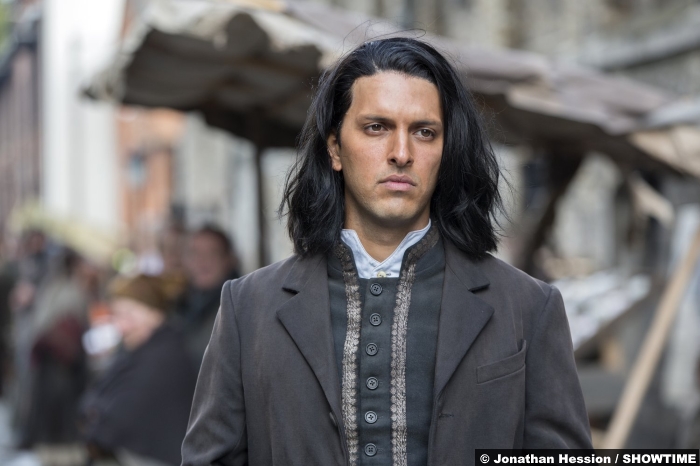 Unless Kaetenay is talking about some dude we’ve never seen before, he means Ethan. The Wolf of God himself, having been extradited, is on a train in the New Mexico territory. Keeping with the theme of our monster squad receiving help from mysterious strangers, a gang who shoots straight kidnaps Ethan from the train, intending to take him to his father. Surviving the massacre on the train are Rusk, another man from Scotland Yard, and a very sneaky Hecate, by the way.

Back in London, Vanessa does meet the alienist, who is played by Patti LuPone, who previously played the Cut-Wife on the show. The doctor is apparently a distant relation. In a tough but fair monologue, she expertly pinpoints Vanessa’s problems. They agree to further treatment, with Vanessa leaving with a homework assignment to try something new.

Vanessa chooses to visit the Museum of Natural History, where unsurprisingly, she’s quite taken with the scorpions on display. Quite taken with her is Dr. Sweet, the resident zoologist. He has a soft spot for the less popular creatures, the “broken” ones, so he’s going to find lots of friends on this show. 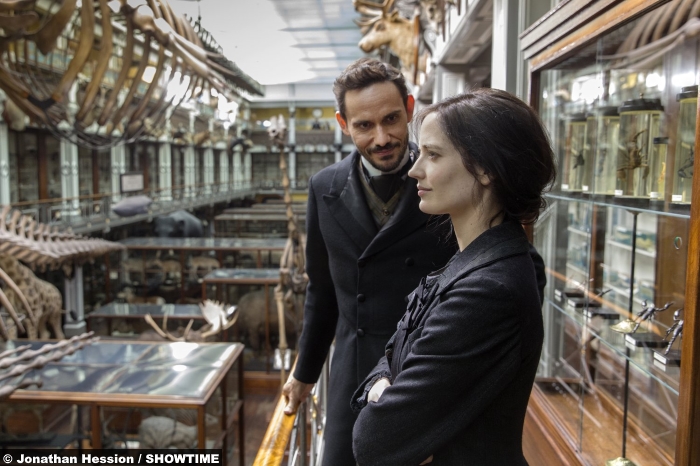 Oh hey, did I forgot to mention that Vanessa’s doctor’s name is Dr. Seward? And that her assistant is Renfield? If you recognize those names from literature (or the movies) , you can probably guess that when Renfield is kidnapped by a clan of vampires, the head vampire they take him to meet is none other than Dracula. It seems that he wants Renfield to deliver him information about Vanessa.

As for her, she’s back at the mansion, finally cleaning up. She’s in a markedly better mood than at the start of the episode, even taking the time to recite a bit of Tennyson’s “Maud.” The poet is dead, but the words live on, and while Vanessa surely sees herself as having “climb’d nearer out of lonely Hell,” all the major monsters are gathering and danger still lurks around every corner.

9/10 – While this was a catch-up episode, the show hasn’t lost its spooky glamour and it still took the time to set the table for some intriguing stories-to-come. Like more monsters.