Most of us have probably daydreamed at some point about having a superpower. Of course, when we have these fantasies, we don’t think about practicalities. We don’t think, for example, of how turning invisible or whatever could be inconvenient at the wrong moment.

That is the predicament Vic finds herself in this week, as her connection to Manx starts regularly invading her life. It comes in dribs and drabs at first, but by the end of the episode, there will be no turning back. 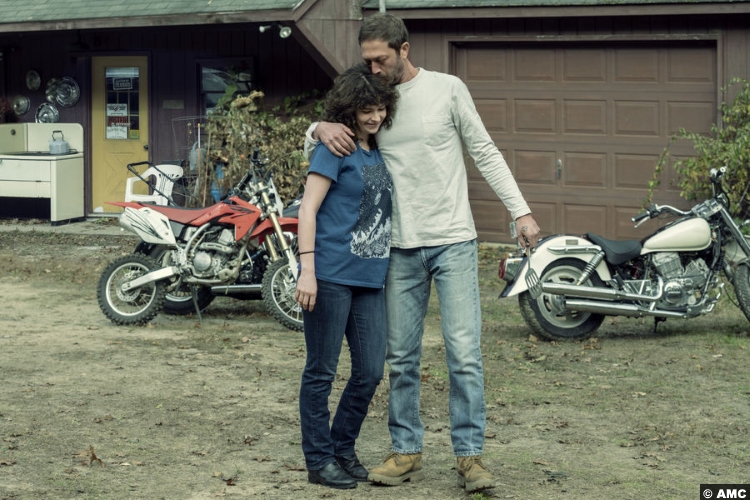 But of course, when we join Vic this week, she doesn’t know that yet. She’s been able to shrug off her strange encounters and focus on the most important thing to her at the moment: getting into RISD. To that end, she’s got to apply for financial aid, but that proves to be difficult when she can’t get her parents’ tax info because both of them are paid under the table (and thus, don’t pay income taxes).*

To get around that, she seeks help from her friend Willa (Paulina Singer), whose mom has a friend in the RISD registrar’s office. Willa wants to visit Brown (University), (which for our non-American readers is also in Providence, Rhode Island) so the girls plan a road trip. It’s a regular rite of passage, but unfortunately for Vic, the nightmare world keeps seeping in.

First, she keeps experiencing Manx-related visions. It isn’t until Maggie appears in Haverhill that she gets a clue why. Maggie’s tiles have spit out “WRAITH HUNTS BRAT.” That is, while Vic is just trying to live the life of a normal teenager, Manx is trying to track her down. He’s already found another Strong Creative, Jolene (Judith Roberts), but of course, she’s not the one he’s really looking for. 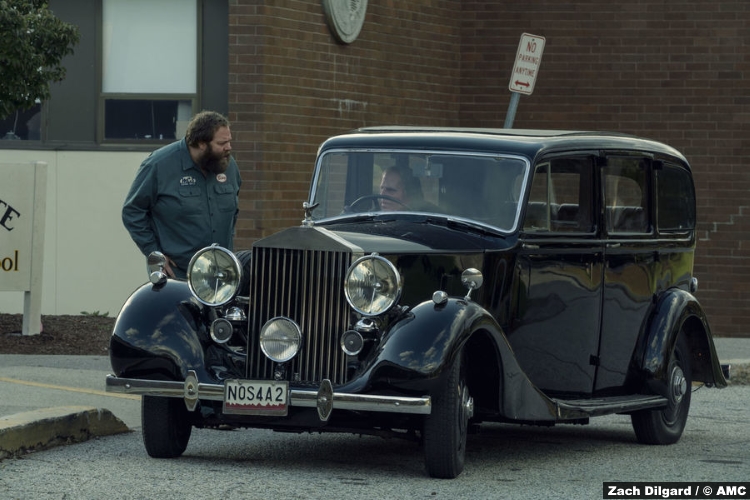 To that end, once Bing tells him about The Shorter Way, the two men go out to take a look at it. Sadly, that’s also the same time Vic’s young friend Haley (Darby Camp) happens by, looking for her lost tuxedo kitty Mittens. The encounter could be read as awkward yet harmless, but you just know she’s doomed.

Meanwhile, after brushing off Maggie, Vic is off to Providence and surely wishing that her biggest problem was that both Craig and rich boy Drew (Rarmian Newton) like her. (Drew and Simon (Misha Osherovich) have also joined the trip.) Or that whole financial aid thing. It does turn out, by the way, that there is a solution. Although Vic’s not old enough to apply as an independent student, she can get a kind of hardship exception “for those who can prove abuse in their home.”

This conversation would be upsetting enough on its own, but Vic, of course, has bigger issues. Those Manx-related visions are invading her mind again. Rushing out of the meeting, she’s almost run over before Drew yanks her out of the street. Maggie’s received another message, but neither girl knows what “WRAITH HUNTS SMITTEN” means. 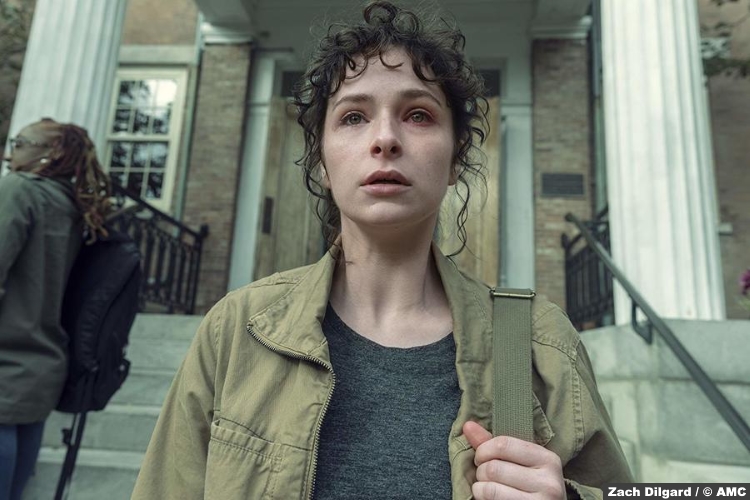 The gang returns home, but Haverhill is no haven, either. In her absence, her friend Bing has become the titular Gas Mask Man, using the “gingerbread smoke” to abduct little Haley. Manx, meanwhile, takes the opportunity to kill Haley’s cat and I go from “he’s a sympathetic villain” to “DRIVE ME TO CHRISTMASLAND–I WILL COLLAPSE HIS LUNGS MYSELF.”

Once Vic hears about it, she’s the one who discovers the poor mouser’s body, and realizes that the real Scrabble message was “WRAITH HUNTS MITTENS.” Grrr. As a police radio starts blaring a carol, Vic has to realize finally that there’s no getting out of this. Christmastime is here.

9/10 – First of all, I am going to kill Manx I know RISD and Brown are good schools and were probably chosen for such (and for their geographic proximity to Massachusetts). But could the Providence link be a reference to its most horror-associated resident? There was an overt reference this week to Drew’s parents, the “Doctors Butler,” and Providence is home to Butler Hospital, where Lovecraft’s father was committed for apparent psychiatric issues. Anyway, it’s interesting to think about.

As for the episode itself, this was a great step in pushing Vic toward her destiny. She still hasn’t met (or even really seen Manx, outside of her flashes), but the series is doing a bang-up job of building that dread.

*Salome, I’m not an American; please explain: When you apply for financial aid in the United States, you have to fill out a FAFSA (Free Application for Federal Student Aid). One of the things it asks for, if you’re a dependent student, is your parents’ tax return info, so it knows their incomes, so it can determine how much aid for which you qualify.