One of the central questions of the series so far is why a man like Bing Partridge would want to be a part of Charlie Manx’s mission. Yes, Manx has lied to him, at least as far as we know, but even with the explanation he’s been given, one would think that Bing would have a few more reservations about stealing a child and her mother. The thing is, of course, we don’t know Bing at all. This week, we find out what a man like Bing really is at his core.

To do that, we go back once again to Bing’s childhood, where his father, previously depicted as abusive, is also revealed to be racist and sexist. And completely shit at gift-giving. Who gives a child a gas mask for Christmas?

Unsurprisingly then, young Bing learned to associate Christmas with two wildly different experiences. On one side is his father and his violent disapproval. On the other is his kindly mom, offering up milk and cookies to soothe the sting of bearing that disapproval. While milk and cookies are delightful, they can only do so much. So one Christmas, while teenage Bing is hanging lights to a soundtrack of his father’s insults, his inner pressure cooker explodes and he shoots a nail into dear old Dad’s forehead. 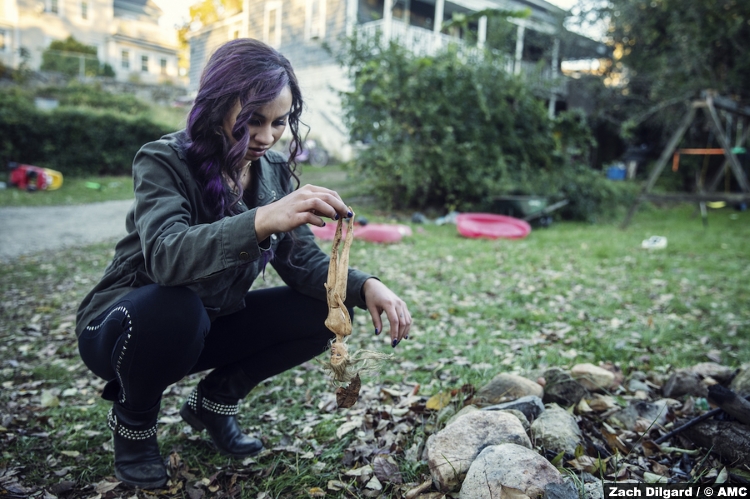 Back in present-day Haverhill, Vic is still trying to make heads or tails of Haley’s disappearance. Since her mother is missing, too, the police assume this is a custodial thing, so it’s probably safe to say that they won’t be looking much further yet. Vic at least has the motivation to do more.

Taking The Shorter Way, which is graffitied this time with the title of the episode, Vic is spat out in an unfamiliar yard. As she tries to get her bearings, she’s surprised to find she’s actually at Bing’s house. She thinks her inscape must have glitched, so she returns to Haverhill proper. 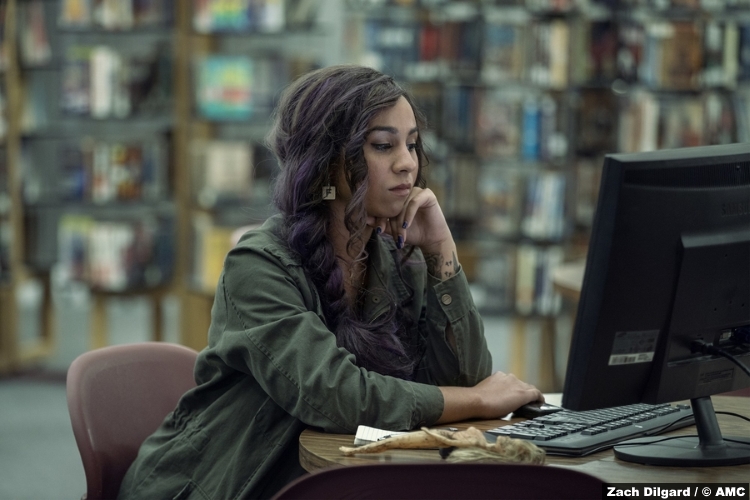 Despite Maggie telling her mistakes aren’t possible, Vic is still hung up on the idea that she knows who Bing really is. She doesn’t know what we know, though. We see in a flashback that when his mother tried to comfort him after his father’s death, he apparently sexually assaulted and then murdered her. (I say “apparently,” because although it’s not explicitly shown, it’s heavily implied.)

But she can’t see this, of course, and it’s not until a discussion with her mom about Chris’s violent side that it sinks in. People aren’t one thing. Even people you think are good can do bad things. So Vic returns to Bing’s house.

She invites herself in and while it’s awkward in there–that man “reads” A LOT of porn–she doesn’t immediately see anything that arouses her suspicion. By that time, Sharon (Elizabeth Stanley), Haley’s mom, is gone–gone from Bing’s basement and gone from this world.

And Haley isn’t doing much better. Having been trapped in the back of the Wraith long enough for her teeth to start falling out, she’s weakened and gives up Vic’s name. So by the time Vic finds herself in that basement, Manx is already aware of her. He calls her and asks to meet.

Perhaps if she knew what Haley was becoming, she wouldn’t agree. But again, she doesn’t know what we know yet. She didn’t see little Haley obliterate a woman who recognized her from the Amber Alert. 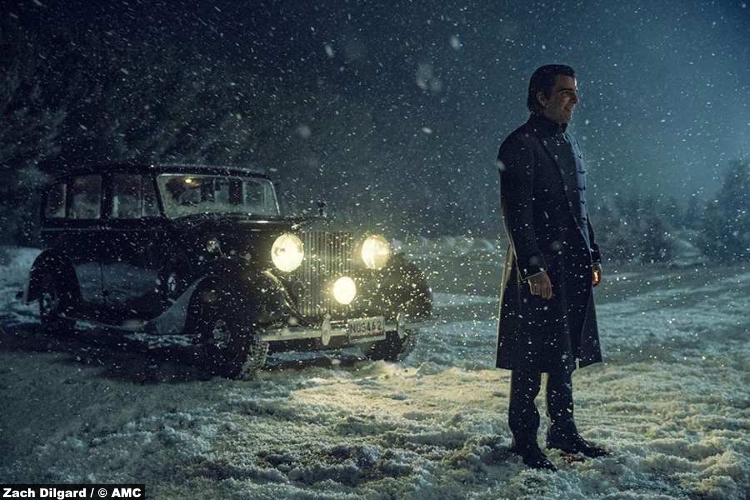 Can Haley still be saved? Manx has rejuvenated himself and reached his destination, but Haley still seems a little hesitant as Danny greets her at the gates of Christmasland. Maybe there’s hope for her yet.

Unfortunately, time has run out for her mom. Using The Shorter Way, Vic finds Sharon’s body. She’s barely been buried and there’s a nail in the middle of her forehead. Seeing as how Manx’s previous henchman was uh, let go for a similar reason–the murder of a parent–it doesn’t look good for Bing at the moment. Time may be running out for him, too.

8/10 – This is another solid episode, although I wish they’d give Linda more to do. She pops in this episode to be the catalyst for Vic’s realization, but most of the time, she functions as a scold. I did like the deeper characterization of Bing; I originally described him as gentle and troubled, and boy, does that hold up. Also, as I mentioned in the review itself, I’m curious to see whether the children’s condition can be reversed. Could they suck back their life-force from Manx? Maybe, say, if his inscape was destroyed?