NOS4A2 S01E02 Review: The Graveyard of What Might Be – This isn’t your typical vampire show

After Chris and Linda have yet another fight, Chris leaves to hole up with his girlfriend, Tiffany (Jamie Neumann). Vic follows after him, because living with her mom can be claustrophobic. Vic desperately wants to go to the Rhode Island School of Design, but her mom, who works as a house cleaner, doesn’t see it as possible. Vic might as well say she wants to live on the moon. Or maybe in Christmasland.

That, of course, still isn’t on the table, but she is figuring out how else to use The Shorter Way. Taking her friend Craig (Dalton Harrod) there, she asks him about a stuffed animal he lost as a kid. Using the bridge, she’s able to locate it. Unsurprisingly, Craig is freaked out by this and basically warns her about messing with stuff she doesn’t fully understand. 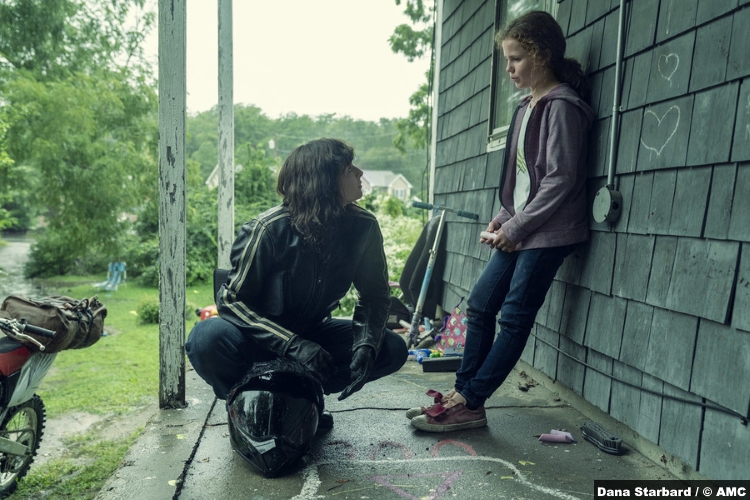 She probably won’t heed that warning, though, because people–her parents, mostly–are always telling her how to live her life. The thing is, she’s at an age where she’s got to start figuring it out for herself. It’s understandable why Linda feels the way she does–she’s been stuck in a rocky (verging on abusive) relationship for years and has probably spent her life having to claw for everything she has. I don’t think she necessarily wants that life for her daughter, but she doesn’t know any other way.

Chris doesn’t, either, despite his best intentions when it comes to Vic. This has probably been one of the many repeating arguments in his marriage. We could debate whether some people just aren’t meant to be together, but it would be a moot point. The more important point is that Chris and Linda probably shouldn’t be together right now. If that were in question, Linda’s showing up at Tiffany’s and kicking off one more fight should be your proof. 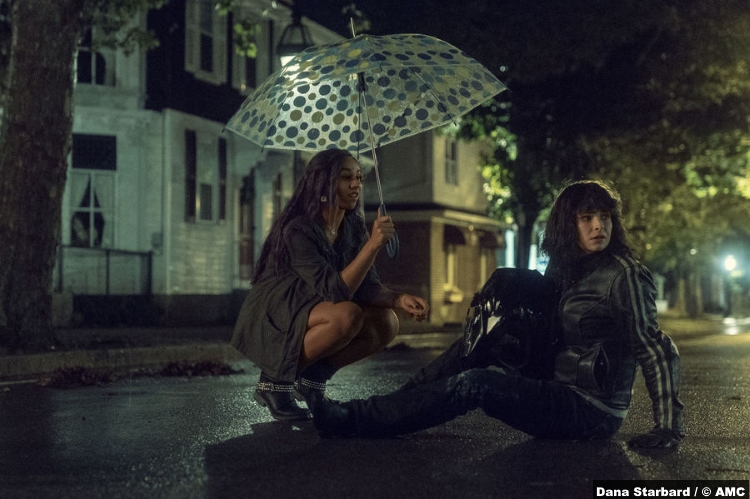 Once again, Vic ditches the turmoil by going to the bridge. This time, with no particular goal in mind, she’s dumped out in Here. Much to her surprise, Maggie is waiting for her.

Having gotten the clue about the Wraith in the last episode, Maggie has made some progress in her investigation. She accompanies Sheriff Bly (Chris McKinney) to a scrapyard that has Wraith parts. (As the Wraith is an unusual vehicle–less than 500 chassis were made for the original run in 1938–it makes sense to start there.) The owner says that an old man with a “rat face” did have his Wraith repaired there…32 years ago. The car was scary, seemingly with a mind of its own, and in the end, her son and grandson went missing along with the rat face and his Wraith.

Now here in Here with Maggie, Vic finally gets a clue. Maggie tells her about the bridge being an inscape and explains that she uses Scrabble tiles. It seems that Vic is a “strong creative.” Like Maggie. And like Charlie Manx. When Maggie explains that she believes Manx to be a “serial child abductor,” Vic probably flashes back to Craig’s warning. She’s in over her head. She leaves Here, over Maggie’s protests. 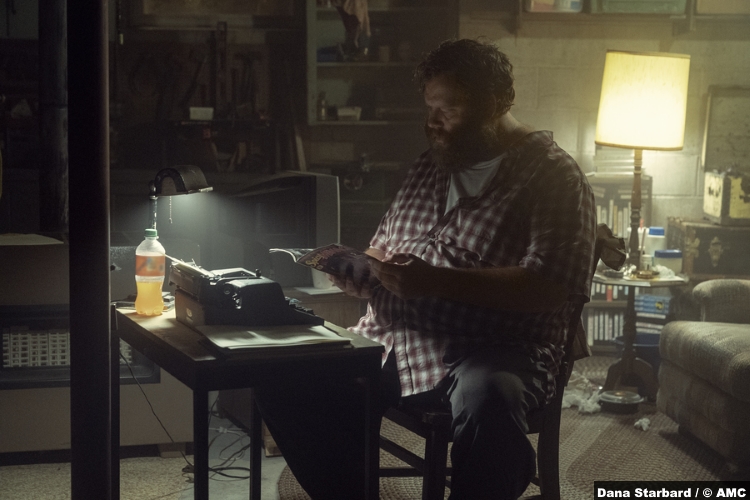 But of course, Haverhill isn’t so safe anymore, either. After answering that ad, high school janitor Bing gets a visit at his other job at MCS, a chemical company. Manx, introducing himself as the President of Fun at Christmasland, offers him a ride. They discuss Bing’s work, particularly sevoflurane, an anesthetic that Bing says is nicknamed “gingerbread smoke.” Manx thinks Bing could be the new head of security at Christmasland. Then he drugs him.

Once Bing awakens, it’s to a scene of horror. This is “The Graveyard of What Might Be,” a place where children lay entombed under ice. These children, who are already abused and neglected, like young Bing was once upon a time, are headed exactly here. That is, unless Manx and Bing save them first. It’s the perfect sell for Bing and he’s all in. There’s just one little problem, though. Someone in Haverhill could stop them first. Someone, of course, meaning Vic.

8/10 – Once again, a solid episode. After the tablesetting of last week, there’s still some this week, but we’re finally starting to inch into the bloody meat of the series. Even if it were brief, it was great to see Maggie and Vic meet right away, rather than having to wait for another episode (or four) for them to team up. The depiction of Manx continues to be a highlight, as well. He’s not your typical vampire, but this isn’t your typical vampire show.