You gotta hand it to Disney.

They are like half a dozen movies into their “animation-into-live action” phase and though not a one of them has improved on the original, not a one of them has failed to be a box office success. Even the quickly forgotten Dumbo has brought in close to 400mm this year. After a rocky beginning to Disney’s new phase—Alice in Wonderland being a bit too “wannabe epic”—the company has settled into a groove and figured out a formula that works. What is it? 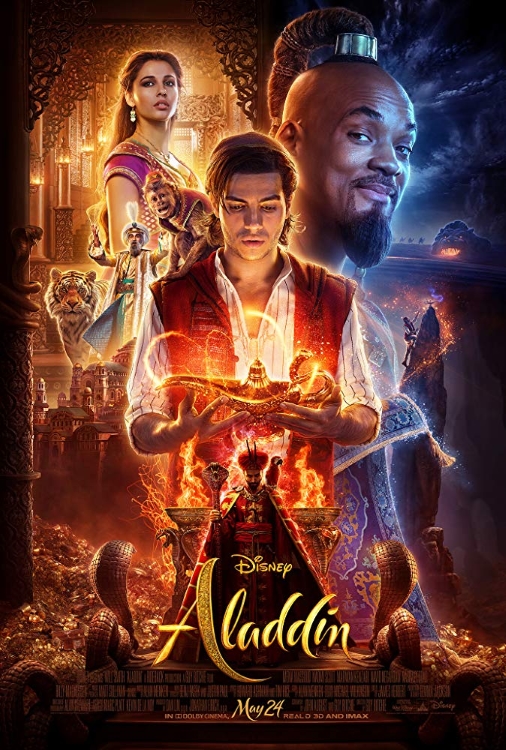 Just do the animated movie…over again.

The set pieces, the scores, the all-in musical numbers, sometimes even the original voices. Basically, Disney has learned that they can take what they did twenty years ago, do it over again, release it in theaters…and people will pay money for it.

It’s like…now wait a minute, you’re going to love this:

It’s like being able to rub a magic lamp, discover a genie, and then get to wish for MORE wishes. Somehow, someway, Disney has been able to turn this… 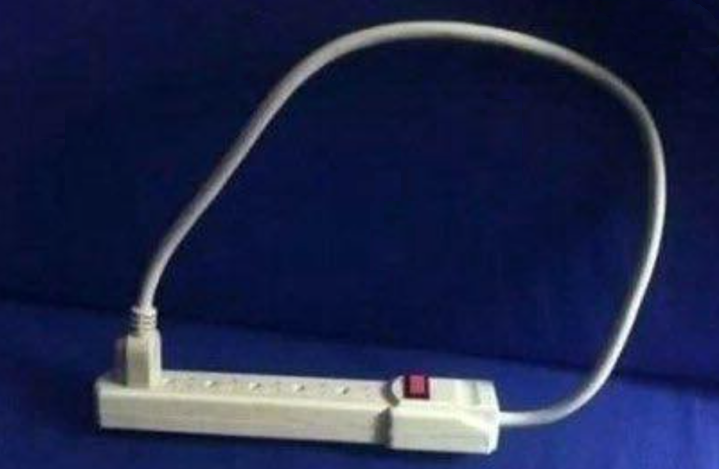 into an actual, sustainable business model.

Take Aladdin for a moment. What do you remember about the 1992 classic?

You remember Robin Williams as the Genie. You remember A Whole New World. You remember the magic carpet. You remember Gilbert Gottfried as Iago. That’s about it, right? Now Disney could go for some gritty, grounded, “realistic” version of Aladdin, release it with some stupid tagline like “a new experience” or “a reimagining” and fans would hate it. Why? Because who wants a gritty, realistic Aladdin? No songs? No silly Genie? What’s even the point? Studios did that all the time a decade or so ago and the results were always people swearing the movie off and dusting off their DVD’s of whatever the original film was.

Disney says nuts to that. Disney doesn’t want you watching their movies on DVD or Blu Ray. Disney wants you in the theater. Sure, they could just re-release the old movies but history has shown re-releases rarely make very much at the box office. So what do they do? They spend 200mm to remake a movie as close as possible to the one you probably already own.

And people pay for it! 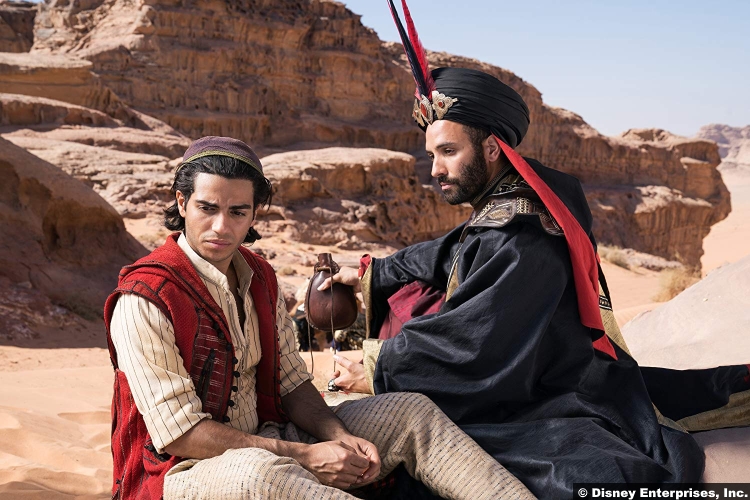 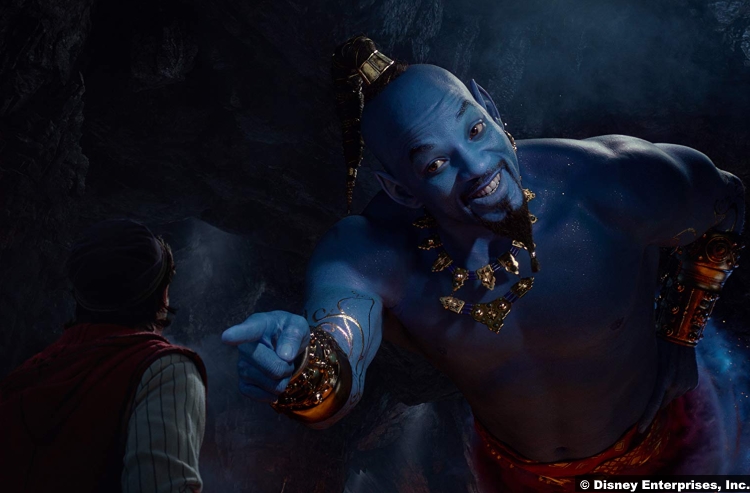 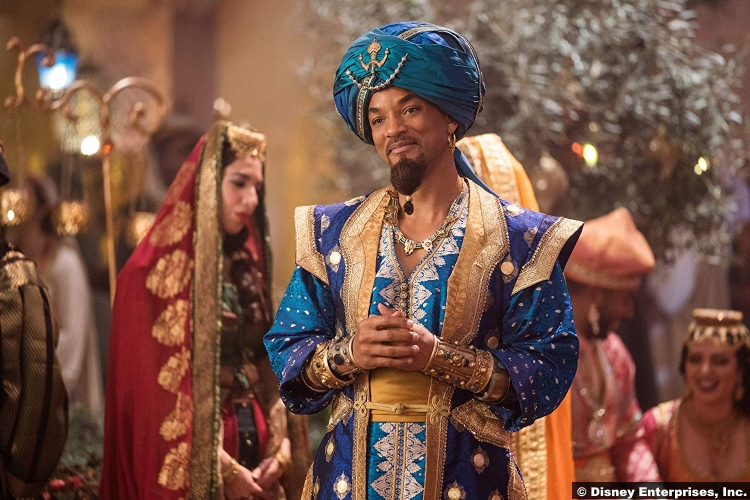 You want A Whole New World, et al? You got it. Characters break out into song with all the earnestness and sincerity that all the classic Disney animated films had. Granted, none of the songs (old and new) improve on what the original movie offered, but it’s something. A few—the Genie ones, sadly—lack the spark of the original, but A Whole New World and One Jump are…well, they’re basically the animated versions remade into live action, and nothing more. But it’s something. Would you rather watch Aladdin without A Whole New World? Don’t be silly. 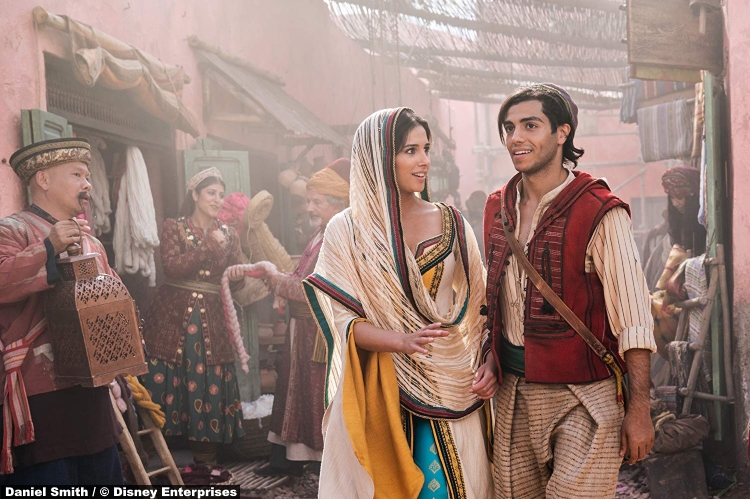 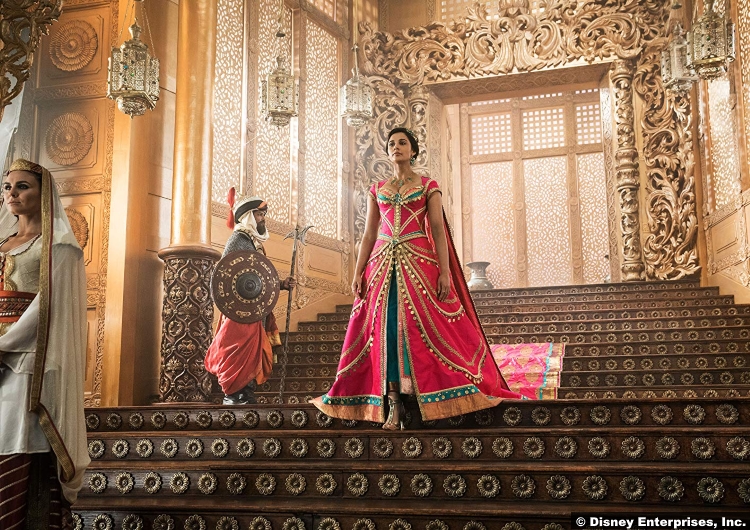 You want the quirky side characters like Carpet, Iago, Rajah, Abu? The gang’s all here. Granted, because they’re animated to look photo-realistic they lack the over the top personalities, exagerated expressions and, ironically, “life” of the animated versions, but it’s something. How critical to the story is Rajah the tiger? None at all; how easy would it have been just to cut the character? What is this, a remake from the 2000s? You don’t cut Rajah! No, you want Aladdin, you get Aladdin.

Sure you could just watch Aladdin. I mean… 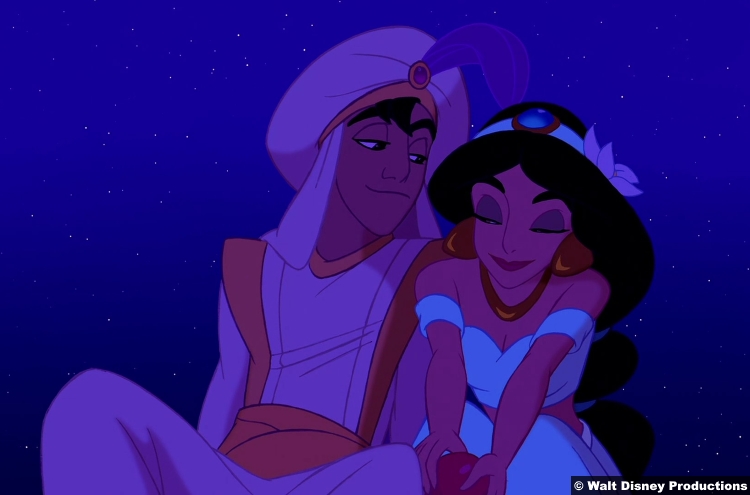 But why, when the remake is at best good enough? Granted, there are parts that feel hollow, lifeless, a bit stilted and awkward as it tries to take something made for animation and force it to translate 1:1 to live-action, but Disney knows you don’t care. Disney knows as long as it is as superficially close to the original as it can be, you’ll buy it.

It’s here where I might spend two-hundred words to make a comparison between this remake and Aladdin the character and how he tries to woo Jasmine by pretending to be something he’s not, and how the facade never works because it’s what’s on the inside that counts and not the superficial blah blah blah.

Stop it. This is Disney. This is a magic Genie movie. Stop being so uptight about it.

9/10 – Shut up. I loved it unobjectively. At worst I was not bored, at best was A Whole New World and I was an innocent, carefree second-grader again.