Warner Bros. has been trying to make a Justice League movie happen for twenty years. After dominating the “comic book movie” scene in the 80’s and 90’s, they were finally challenged by Marvel in the 2000’s. DC held their own with Nolan’s Dark Knight trilogy but they were no longer the only players, as Marvel jumped into the fray, first with the Spider-Man and X-Men movies and then finally with the MCU. It was the MCU—which launched in the same year that The Dark Knight dominated the cinema—that eventually would supplant DC as the comic book kings of cinema. Warner Bros. has been playing catch-up ever since.

They decided to launch their own cinematic universe, beginning with Man of Steel in 2013. Zack Snyder was given the keys due to his unique and visceral style, despite his struggles with storytelling. In the end Man of Steel was a divisive movie, but it was “good enough” to keep things going. Three years later Zack was again at the wheel directing Batman v Superman. The darker and more muted look of Man of Steel was doubled-down in BvS and critics were even harsher, paying particular attention to the storytelling flaws, especially with regards to the fundamental impetus of the film (the reason why Batman would fight Superman).

We reviewed Batman v Superman with an 8/10 score, noting that it wasn’t the disaster some were making it out to be and that, though it was flawed, it was trying to do a logical thing and the parts were better than the whole. It was a review I stand by because it was given with the benefit of the doubt. Wonder Woman—the first in the main-line DCEU films (let’s pretend Suicide Squad didn’t happen) that Zack Snyder didn’t direct—was released this summer to rave reviews and huge box office numbers. Now comes Justice League, the bringing together of the biggest names in comic book history. The team. The movie Warner Bros. has been trying to make happen for twenty years.

And they gave it to Zack Snyder. 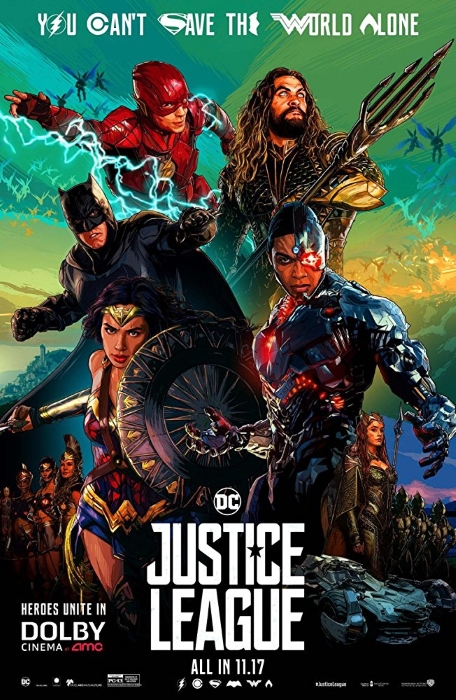 I defended him as much as I could. But there’s only so much benefit of the doubt to go around. At some point you have to deliver. If there was ever a movie where he needed to deliver this was it, and this…did not deliver.

That’s not to say it’s a “bad” movie. In fact there are several thing to praise. That said, this is a flawed film, and it’s a movie whose flaws are, sadly, not small, but very glaring. There aren’t a lot of flaws, but the few it has are very noticeable. What do I mean, you ask? Well…

JUSTICE LEAGUE EXEC: We can just CGI Henry Cavill’s mustache out it will be fine and not look weird at all
HENRY CAVILL: pic.twitter.com/Ag41j6LbPn

let’s start with Henry Cavill looking like a PS4 cutscene throughout the entire picture.

Is that a spoiler?

There will be the minorist of spoilers ahead.

Let’s break it down… 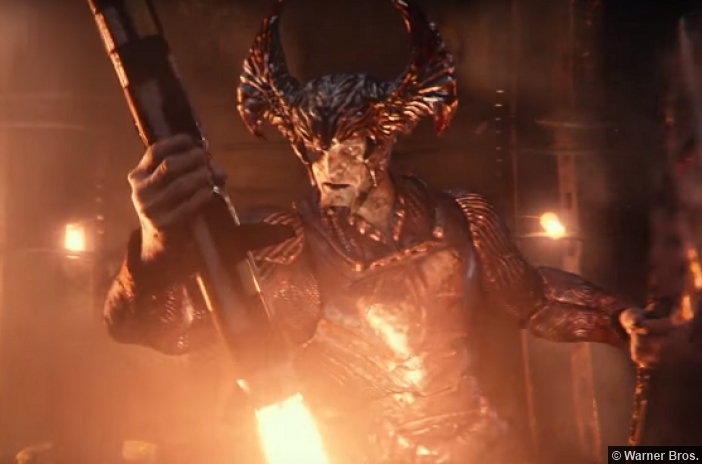 Well there is one, but it’s mostly there to move us from one “magical meet-up between legendary comic book icons” to another (in hour one), and from one action scene to another (in hour two). Steppenwolf, the right hand man of Darkseid (the biggest big bad in the DC universe) comes to earth to collect “mother boxes” (cubical instruments of raw power). He grabs the first two with relative ease and the heroes unite to stop him from getting and using the third to destroy the world. Also Batman has guilt over Superman’s death.

Also Superman comes back from the dead, but you already knew that because everyone knew that, though credit to WB for not officially spoiling it…unless the reason they didn’t spoil it was because the actual method used to bring him back was a really bad choice on the part of the writers. And also giving it away in the trailers would have meant giving away Cavill’s uncanny valley face.

Basically the film is a Coca Cola product with a Pepsi taste. The Justice League is the ultimate brand of heroes and yet the film just can’t even come up with a half-way decent story to feature them? It should be the easiest thing in the world to adapt one of the scores of great stories about these characters. Considering the only thing Zack Snyder is really good at is adapting comic book panels to the big screen, why didn’t Geoff Johns just have DC create a new Justice League graphic novel and tell Snyder “here, just make this.” 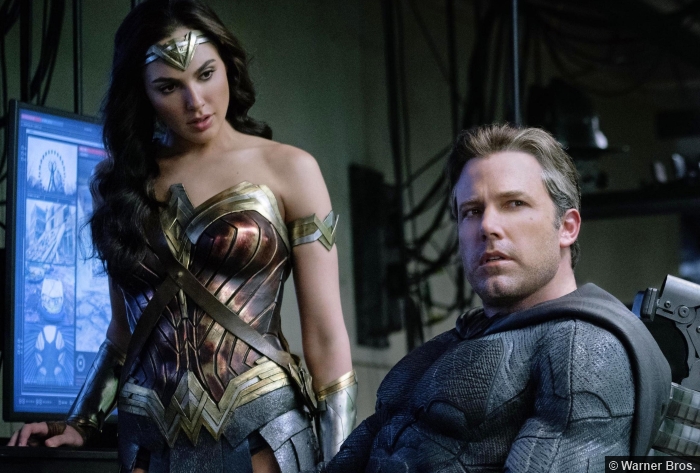 To put it simply: Good but not fleshed out. The best characters are Wonder Woman, Batman and Flash. Batman works in this movie because (A) he’s Batman; it’s really hard to screw him up (but not impossible) and (B) he already had a movie last year to introduce him to audiences. Wonder Woman works because Gadot is so darn magnetic and she just had a stellar movie to introduce her to us. Flash works, because a lot of hour one is given to introducing him to us. Cyborg doesn’t work so well because we barely get to know him, he barely talks and when he does it’s slightly above a whisper and because he’s buried under a ton of very cheap-looking CGI. Aquaman doesn’t work so well because Zack Snyder (who told us he was going to make Aquaman cool) tried way too hard to make Aquman cool. It comes off as…well, “tryhard.” Superman might work…or maybe he didn’t, I can’t say since I was too distracted by his face every time he was on the screen.

The point is, despite what I wrote two years ago, DC should have taken their time building up their roster with solo movies first. I said two years ago that this wouldn’t be necessary since everyone knows who Flash and Aquaman are, but I said that—giving the benefit of the doubt—assuming that the Justice League movie would be more character-driven, allowing us to explore these well-known icons as they fight whatever foe they first go up against.

There were moments where this movie tries to do that, and they all felt like moments that Joss Whedon wrote and directed, but overall the movie failed to do much of anything with its characters.

I didn’t think DC needed to copy Marvel’s template and I still don’t, but I think Warner Bros. needed to, because they seem to have no idea how to handle these characters they own. In that case, they should have done what Marvel did. Marvel gave us solo films first to establish individual characters, and then threw them together in a whizbang popcorn movie that didn’t need to spend time developing anyone. Justice League tries to be whizbang, at least in the second hour, but there’s no time to get to know the individuals and how they function as a team while also dealing with the bad guy. It was too much and for movie with a studio-mandated sub-two hour run time, there was too little time even to try. 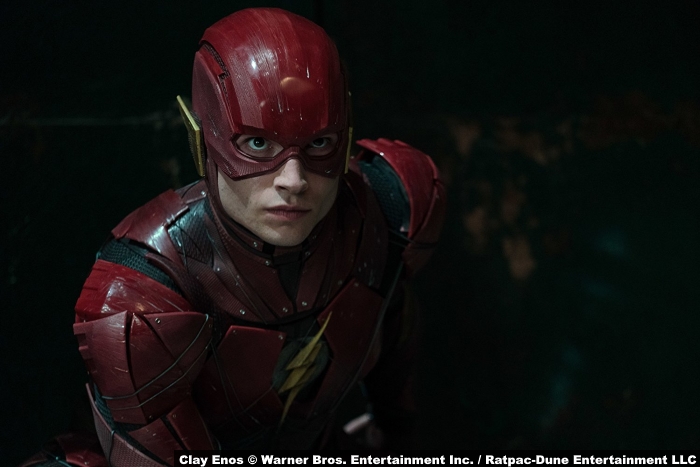 As most everyone knows, Zack Snyder stepped away from the movie during post-production to deal with a family tragedy. Joss Whedon (director of the first two Avengers films) stepped in to help finish the film. He re-wrote a lot of dialogue and re-shot a lot of scenes. Snyder gets the sole director’s credit but Whedon gets a co-writing credit. Still, a lot of the movie is Joss’ and it’s obvious which parts. Those parts clash pretty strongly with Snyder’s. I would like to have seen this movie if Joss had written and directed it all from the beginning. I think the story weaknesses and tone shifts would have been removed for a much stronger movie overall.

It’s clear that both had the right idea to lighten the mood, however, and that’s a good thing. It was nice seeing Superman wear blue again, as opposed to the drab and dull midnight hues he’s been sporting since 2013. It didn’t go into full-blown “ten quips a minute” MCU-style, but it definitely went for more one-liners than Man of Steel and Batman v Superman had in their two movies combined. Everyone had one line that was very funny, one line that fell flat and the rest that was good for at least a smirk.

The real shortcoming of the movie, ironically, is the short-length. Everyone and their mother complained about how long Batman v Superman was, but Justice League really needed the extra time. It was mandated by WB that it be under two-hours (it clocks in at exactly one minute shy of two-hours) but it’s clear Zack Snyder made a three-hour movie and then cut cut cut to get it how the studio wanted it. You can trim a three-hour movie down to two-and-a-half, but you can’t cut it down to two-hours without heavy sacrifices along the way.

Justice League is a two hour film where hour one feels like the first of a three-hour movie. It’s very patient and deliberate in its pacing. It’s not too slow and certainly not boring, it just takes its time. But after the one hour mark passes, the movie races to its conclusion during the final hour. It’s like there’s no middle to the picture. That missing middle would have seen more character development, an actual subplot or two (there was no subplot in this movie; nothing happening under the surface), some time letting us get to know the villain even a little bit, etc.  Instead it’s just all surface level character introductions followed by an action packed climax.

I have a lot of problems with it, but I didn’t “not enjoy” myself. It helps that I wanted to like it, which is probably where the difference between me and many other reviewers is found. There were some genuinely funny, fun and exciting moments, but it is hampered by some glaringly bad moments too.

There will be a Justice League 2, and it will come after we’ve had an Aquaman movie, a Flash movie, a second Wonder Woman movie, a new solo Batman movie, a Shazam movie, maybe even a second Superman solo film. By then the universe will be established and Zack Snyder’s influence will have been confined to the DCEU’s very rocky early days. Until then… 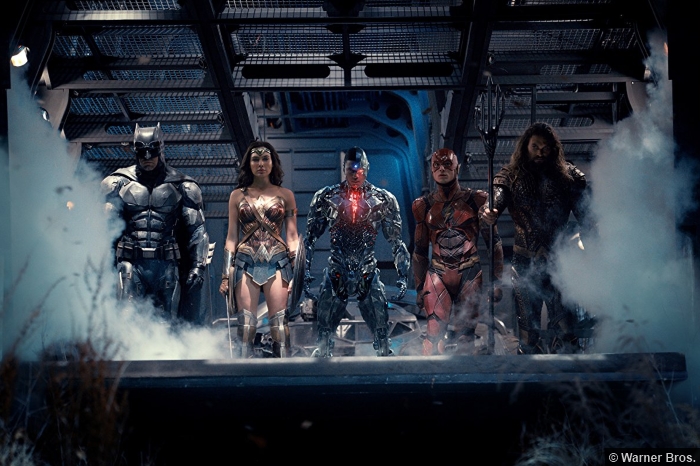 8/10 – The review was more critical than the score but that’s because the parts I loved were the little moments outside the flawed structure. I’m not going to write about the best one-liners, or go into detail about a very fun action scene in the first hour, or any of the little moments of delight that elevated the picture for me. See it for yourself.