REVIEW: Ant-Man and the Wasp is the best grandma ever

Can we designate Ant-Man as the official post-Avengers palate cleanser?

Three years ago, Avengers: Age of Ultron was a heavy, lengthy movie that teased the break-up of the team and dealt with some weighty stuff. Ant-Man came out a few months later and reminded us what Marvel movies typically are; light and breezy, fun and funny. Here we are three years later and Infinity War makes Age of Ultron look like Sesame Street. It’s two months later and though the dust has settled, the shock of the ending has not subsided. It arguably cast a pall over the rest of May, ushering in a slightly subdued box office for Deadpool 2 and a crippling of Solo.

Ant-Man and the Wasp had the important task that previously fell on its predecessor, to remind Marvel fans that it’s not all doom and gloom. Fun can be had and Ant-Man is the perfect guy (and Wasp the perfect woman) to carry that torch.

Fortunately, like the original, the movie nails its role. 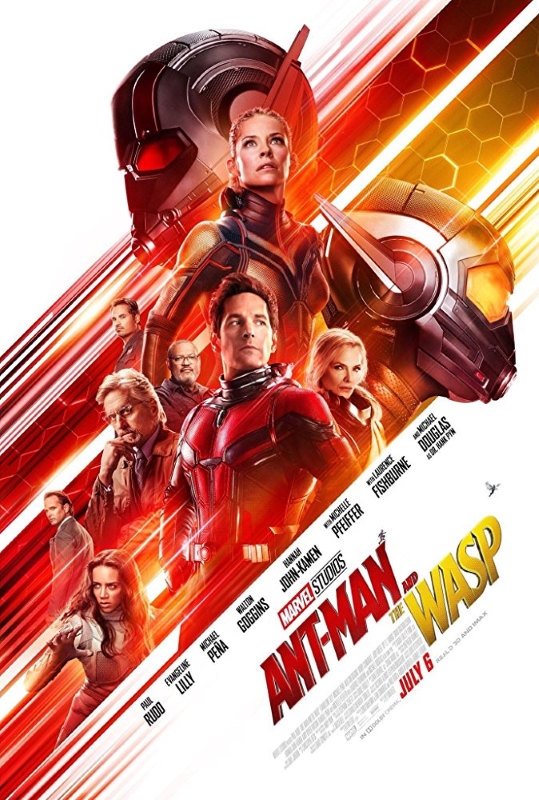 Unlike Thor, whose humor is derived from his own aloofness, and unlike Iron Man, with his sardonic personality, Ant-Man’s Scott Lang is a funny man who knows he’s a funny man, doesn’t brush his humor off as being cool (because he knows he’s not cool) but uses it instead as a tension-defuser. Because unlike Thor and Iron Man, Scott Lang knows he’s no remarkable hero. He’s a screw-up, and though you can point to many examples where Thor and Iron Man have screwed up (sometimes with hugely disastrous consequences), it feels different when they do it. It’s probably because those guys project such tremendous confidence and charisma, they spellbound you into thinking they’ve got things under control even while they’re in the middle of putting out a fire they started moments earlier.

Scott Lang does not project such confidence. 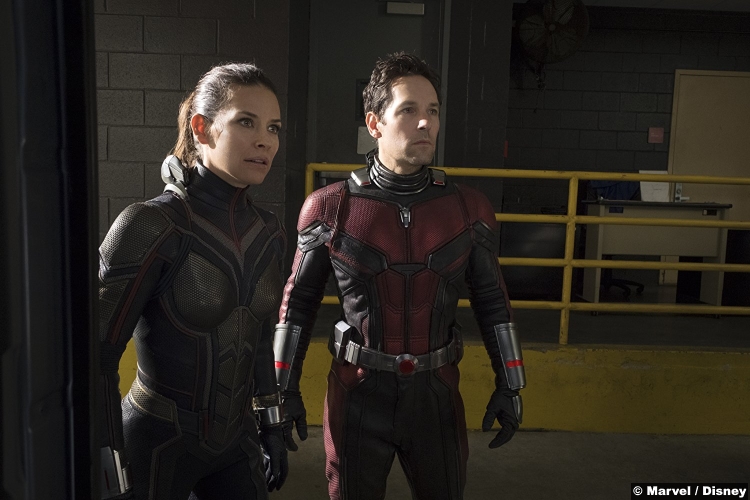 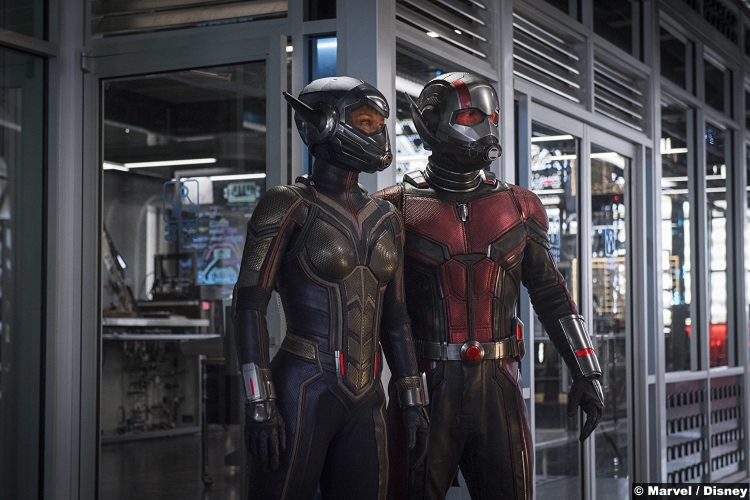 The movie knows this too and they make a virtue out of it, building its entire story around the fact that Ant-Man can’t go five feet without tripping over his shoelaces. You can quibble that the movie goes a bit overboard with the “Scott’s a screw-up” concept, especially after he was reasonably successful in Civil War, but I will handwave it on account that the movie’s heart is in the right place; if it wasn’t part of a story they were trying to tell I’d wag my finger at it and call it a continuity error, but I appreciate that there’s a theme to this story. The first Ant-Man was a heist film, Ant-Man and the Wasp is a film about teamwork. 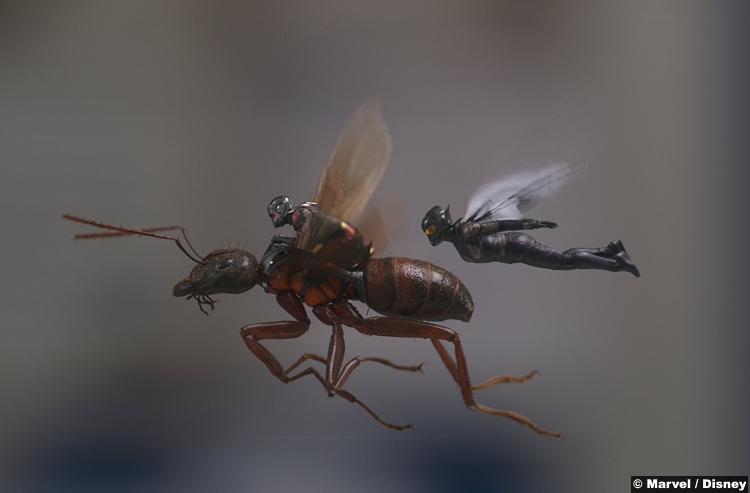 Ant-Man and the Wasp is not a direct sequel to the first Ant-Man; it’s a pick-up where Civil War left off. At the end of the first movie, everything is happy and wonderful. Ant-Man is established as a new hero, he’s got a purpose in life, he’s got a girlfriend. It was a very phase-one sort of movie. In Civil War, you’re given no indication that anything is askew. Captain America needs help, Ant-Man does his thing, gets caught but it’s okay because Cap broke them out in the end. Scott gets a passing mention in Infinity War that he took a deal with the Feds but that’s it; there’s no hint of anything dramatic there.

Turns out, there is: Scott’s actions in Civil War resulted in his being estranged by Hank Pym and his daughter Hope. Scott is on a very restricted and closely monitored house arrest, and though he’s trying to make the best of it, the frustrations with his isolation are obvious. When he finally does reconnect with Hank and Hope they’re less than enthused to see him and mostly berate him for being a screw-up who forced them to be on the run from the government (guilt by association). Still, they need his help, he needs theirs and the movie’s theme of teamwork comes into focus.

Funnily enough, the movie’s plot plays out more like a superhero romcom than anything else. Think about it: Screw-up guy is given one more chance with girl he let get away, promises he won’t screw up again, screws up again, then has to work double-time to make everything right to win her back. That’s a romcom. That’s Ant-Man and the Wasp.

It’s not the weightiest movie. It’s not super serious or dramatic. It’s a breezy two hours. It’s just what we need after *snap.* 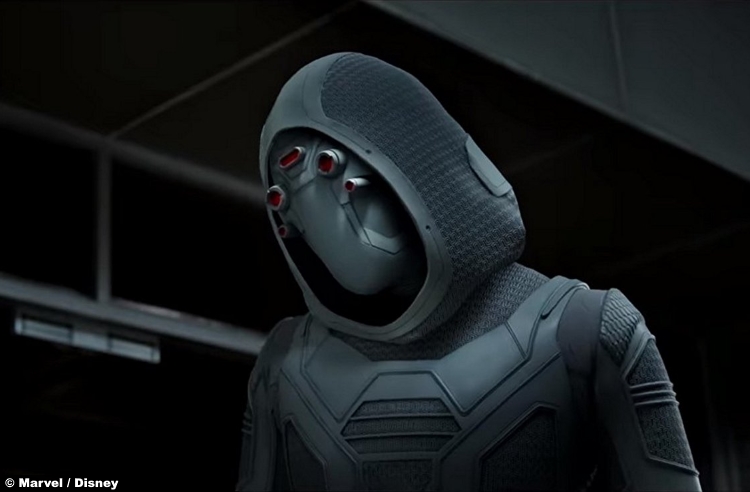 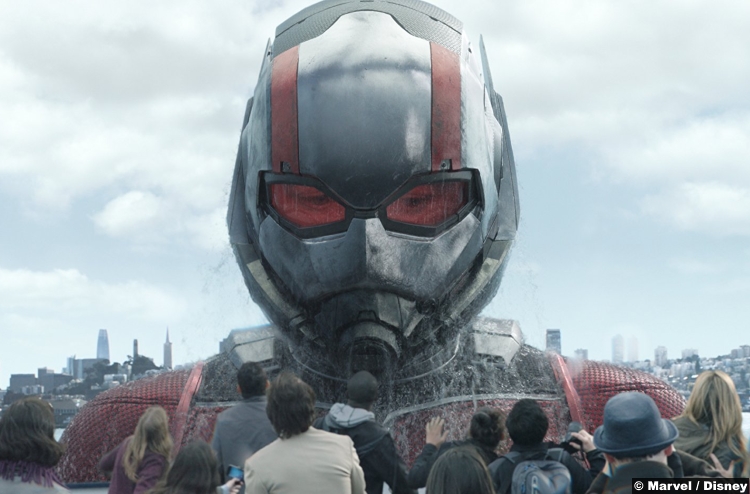 9/10 – A light, funny romp about a guy who talks to ants and who can grow 50ft tall is just what I needed after the somber ending to Infinity War.

It wasn’t epic. The fate of the world was not at stake. It was light mayo but it was great for what it was: Lots of fun. Recommended for fans.

It’s Marvel; what more do you need? See it.