Back in January, I had planned a series of articles reflecting on The Last Jedi. It’s easily the most divisive movie in the franchise so far but also one with a lot of subtexts to be explored. At the same time, the business side of things needed to be addressed as well. One thing I plan on addressing is the quickly-forming myth that The Last Jedi is a box office disappointment. Look for that to be posted soon. 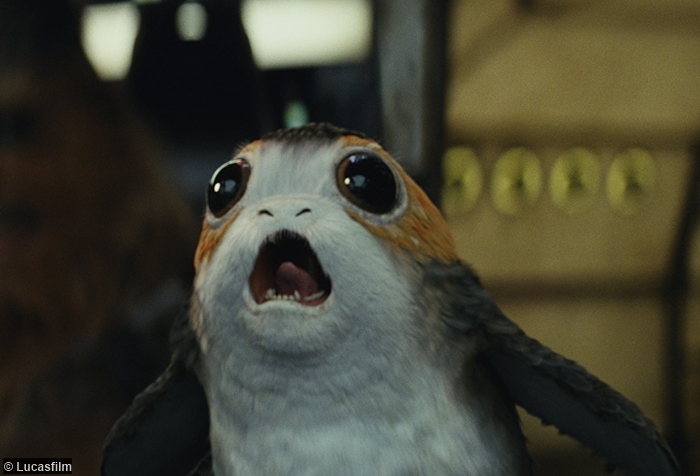 On the other hand, there’s no good way to spin what happened with Solo.

There are a lot of reasons why the movie has flat-out tanked (and it has flat-out tanked, on pace end up making less than The Last Jedi brought in on opening weekend), and already we’ve looked at Lucasfilm’s leadership under Kathleen Kennedy. She will need to do better when it comes to picking talent to helm her movies and then get out of the way and trust them to do their job. Getting movies out on budget and on time is like half her job as a producer; so far she’s barely keeping her head above water in that regard.

There’s another angle to consider, however, and that’s with the parent company in charge: Disney.

It may come as a surprise to its many fans here in the US, but Star Wars is simply not a big international franchise the way it is in North America. Marvel, on the other hand, is a mammoth property internationally and attracts huge attention in foreign markets in a way Star Wars does not.

Disney certainly understands that now, if they didn’t already. That being said, surely they didn’t expect a billion dollar movie every year, right? Star Wars isn’t Marvel, nor will it ever be; it doesn’t have a huge cast of diverse characters and genres, not to mention decades of stories to draw from. When you boil it down, Star Wars—when Disney bought it—was just a six-movie series, only half of which are beloved, and an expanded universe of books, most of which are crap (and which they scrapped anyway).

Star Wars’ success is really a series of lucky breaks. There’s some legitimate work to be found, but its success is more due to a series of little moments of well-timed releases. 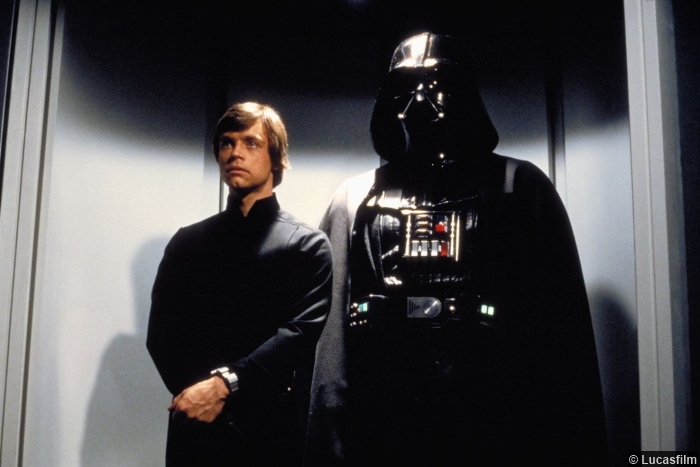 Think about it: Star Wars (1977) was lightning in a bottle. A carefree, silly space adventure in a decade where Nixon-era Hollywood was grim and dour. It was the perfect way to take what Spielberg did with Jaws (the first Summer Blockbuster) and perfect the formula.

Empire Strikes Back could have killed the series had it just been a mediocre cash-grab movie released a year or two later; instead it came out three years later, giving people time to get well and truly excited, and ended up better than the original in terms of story, pacing, editing, acting, you name it. Empire’s genuine greatness turned a one-off movie into a true “franchise.”

And then, when there should have been five or seven more movies—with diminishing returns—all being churned out, Lucas did just one more film and just stopped. Remember that this was before the era of the “movie trilogy.” Lucas wasn’t thinking about doing a trilogy when he did Star Wars. He wasn’t even thinking of a trilogy when he produced Empire. Big movie trilogies came en vogue after Return of the Jedi wrapped up the story (a decision that really amounted to Lucas taking four additional movies worth of material and cramming it into one, in order to wipe his hands and be done with it).

Indiana Jones followed suit, wrapping up his trilogy a few years later and then ending (or so we thought). Then Back to the Future followed Indy, with a second and third movie that were scripted and filmed back to back, taking the idea of the “movie trilogy” and codifying it as a Hollywood gimmick. Originally, however, George wanted to do nine movies that presumably would have run from the 70’s to the 90’s, but he got bored and bitter and cut it down to three and walked away from it in 1983. From his perspective he was sick of it and done with it, ready to retire on the money it made him. To the fans, it was all about leaving us wanting more and anticipating its eventual return. To the industry, it was a shrewd “get out while you’re hot” move. George Lucas sort of fell backward into doing a George Costanza and by the time he returned to the series in 1999, he turned a turd of a movie into a monster hit due to pent-up excitement more than cinematic greatness (or even goodness, or even averageness).

Episode II sucked worse and the Box Office numbers tanked in comparison to the previous.

In terms of Box Office, things rebounded with Revenge of the Sith, since it was marketed around the idea that it was “the one you actually wanted/thought you were going to get back in 1999.”

Then things again got quiet, not because George was smart to build up excitement again, but because—again—he was done with it. By the time Disney brought the franchise back people were excited and ready to wash away the prequel stink. The Force Awakens was monster because it was the ultimate nostalgia trip in a Hollywood era of nostalgia trips.

Rogue One made a billion dollars despite being only half of a great movie because it came out only a year later, still in the afterglow of TFA. If Solo had been the movie after TFA (the death of Han followed by the “birth” of Han), it very well might’ve made a billion as well.

The Last Jedi made over a billion, but it also made almost half what TFA made, in part because it was divisive to the hardcore fans but also because it was the third movie in three years.

Then, six months later we get Solo? It’s too much, too soon. If you swap Solo and Rogue One, I think you’d have a similar box office response. Solo would have made a billion (or close to it) and people would be complaining that Rogue One was too messy in the first half, too much of a retread of the past, not expanding the universe, etc. All the complaints Solo is getting without any goodwill cushioning it would be given to Rogue One, because it’s the fourth movie in less than four years. Disney tried to milk the franchise the way they do Marvel but the structural foundation isn’t there with Star Wars. 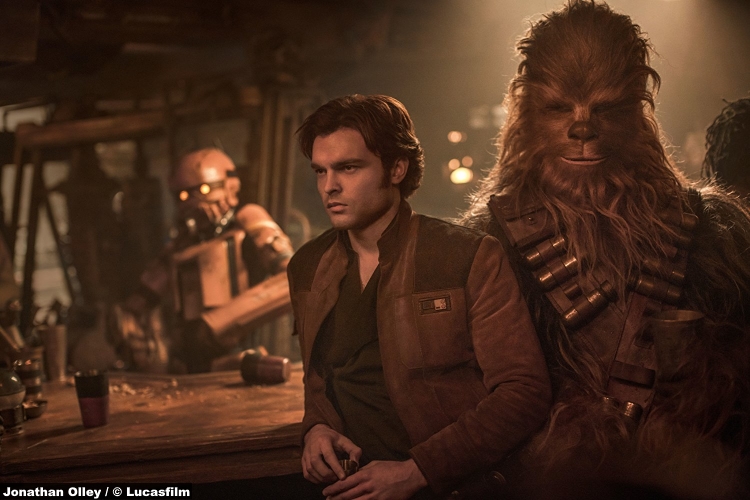 Star Wars and Marvel are both huge properties, but they got big for very different/UN-replicatable reasons. Marvel has the means to pump out four movies a year because their big cast of characters is diverse yet seemingly equal: a movie about Iron Man is as important as a movie about the Guardians of the Galaxy, etc. Star Wars buttered its bread on being a generational affair, whose core cast of force users (good and bad) are seen as the important one (the “saga” stories), while the rest are seen as lesser films.

And that’s the problem Disney has with Star Wars. They’re trying to milk the franchise like the do Marvel, despite the two properties being apples and oranges.

Marvel is like sitting down to eat a meal. Sometimes you’ll eat a light breakfast and lunch and then have a bigger dinner, sometimes lunch is bigger, sometimes you have a huge feast but only on rare occasions. No matter what though, you gotta eat and Marvel is what’s on the plate. It’s a meal.

Star Wars is a family reunion. It may not have been intended to be, but through a series of circumstances it has become a cultural touchstone because it’s a generational affair. It wasn’t too long ago we were getting one movie every three years and three every twenty. Now we’re getting four in less than four years. What did Disney think would happen?

Family reunions are nice…but who wants to go to them every year?!