On Disney owning Fox: Bringing the fanfare back to Star Wars

This year we are considering some of the ramifications surrounding Walt Disney Co. purchasing the movie studio 20th Century Fox. Why take a year to do this? Because, though the deal was made between the two parties late last year, it still needs to be approved by the US Government’s FCC (which regulates such transactions to ensure an unfair monopoly isn’t established). It seems likely that the deal will receive final approval but it probably won’t come until the end of this year.

In the meantime let’s consider the myriad of ways Disney’s buyout of Fox will affect filmgoers. In February we looked at X-Men, long the white whale among comic book movie fans, Disney is now a gnat’s eyelash away from bringing the best selling comic property Marvel has under the umbrella of the uber-popular MCU.

The other big tuna that Disney is getting—though it may not seem like it at first glance—is Star Wars.

Sure, Disney already owns LucasFilm and has been pumping out Star Wars movies for the better part of three years now, but before this deal goes through, 20th Century Fox actually holds the rights to the first—1977—Star Wars film “in perpetuity.” Once the sale is finalized, however, the House of Mouse will have 100% control over all distribution rights to the entire Star Wars saga (as opposed to splitting that control with Fox).

What does that mean for us?

Maybe nothing, but it does allow Disney the rights to tinker with the movie, and by extension the whole Original Trilogy.

Now before you get either excited or terrified, let’s offer up an important disclaimer: Before anyone asks, THIS…

…is not coming back. I know it’s the title of the article; sorry.

Disney has no incentive to slap a non-Disney brand in front of their four billion dollar baby. They want Star Wars under their own banner, not Fox’s, even if they own Fox. What’s likely to happen, post-acquisition, is Disney will maintain 20th Century Fox as a semi-independent company, using it to produce PG-13 and R-rated movies they’re not comfortable releasing alongside When you Wish upon a Star…

But the purchase of Fox means Disney has the free and unfettered right to release the Really Real For Real ORIGINAL version of Star Wars 77. No garish and terribly dated special effects additions, Jabba cameos or Han dodging blaster fire at point-blank range. Disney could conceivably release “STAR WARS.” Not A New Hope. Not Episode IV. Not the middle act of a big story, or the first part in the saga of Anakin Skywalker, or anything else that first Best Picture nominee movie has retroactively been turned into. Disney can release Star Wars as it first was.

Not till George Lucas is six feet under will we even possibly see the original movie.

But what about a compromise? 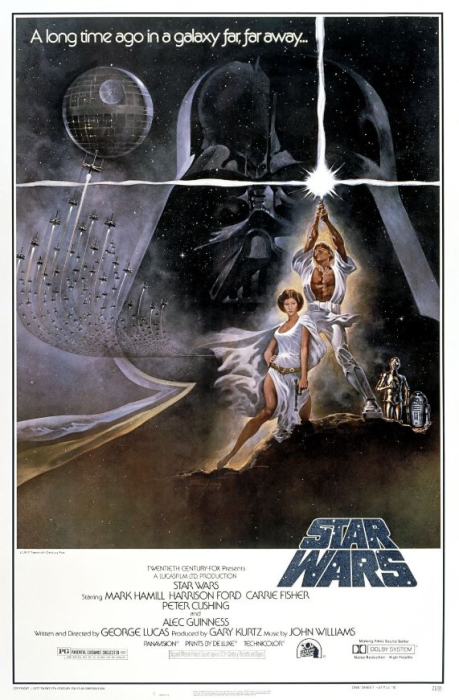 The “Episode IV” addition to the crawl. It’s a saga now and the OCD in me needs all 8 (and counting) parts to have that uniformity.

Any version of Greedo shooting first. It ruins the character arc Han goes through in the movie, it’s impossible to digitally “re-make” without it being obviously fake and, if for no other reason, lose it because it has become the poster child for the “Special Edition Hate” that has been going on for twenty years now. Reverting to “Han shot first” would be the ultimate olive branch to a sizable generation of fans.

The little special effects flourishes; tweak them by cleaning parts (like making the lightsaber effects uniform with the rest of the saga), by reducing them (we don’t need something added to every scene), cutting some (like Obi Wan’s ghastly howl to scare away the sand people), and updating others (like the planetary explosions). Not to mention, I’m all for cleaning up the image so that it’s not so overly-magenta (seriously, the blu ray transfer is pathetic).

THE EMPIRE STRIKES BACK 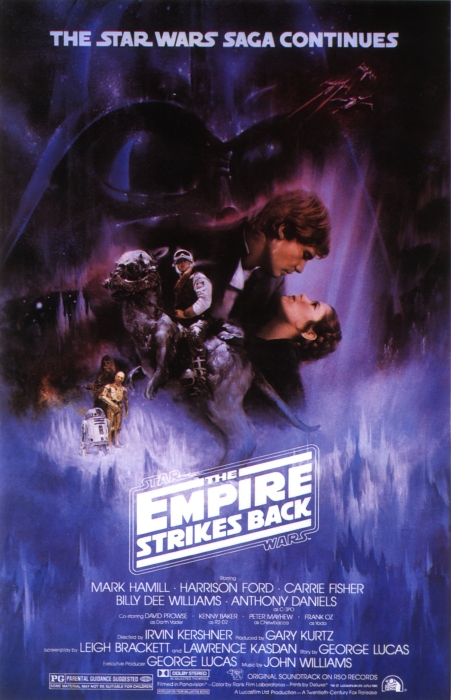 The extra Wampa stuff on Hoth. That was so well-integrated you’d be hard-pressed to know it wasn’t always there.

“Alert my star destroyer to prepare for my arrival.” It’s the most “addition for the sake of it” thing in the whole movie, serves no purpose, adds nothing to the story and James Earl Jones’ 1997 voice is so obviously different from his 1980 voice it’s needlessly distracting.

The scene where Vader talks with Palpatine. After ROTJ it needed to be changed. After the prequels it definitely needed to be changed. However the way the Special Edition went about it was all wrong. They have Palpatine talking about Luke like he’s breaking the news to Vader that his son is alive, when we learn LITERALLY FROM SCENE ONE that Vader is hunting Luke Skywalker. He calls him by name. IT’S IN THE OPENING CRAWL! Nothing was wrong with the original dialogue. It just needed to be re-recorded with Ian McDiarmid in ROTJ-era Palpatine makeup. Just do that.

RETURN OF THE JEDI 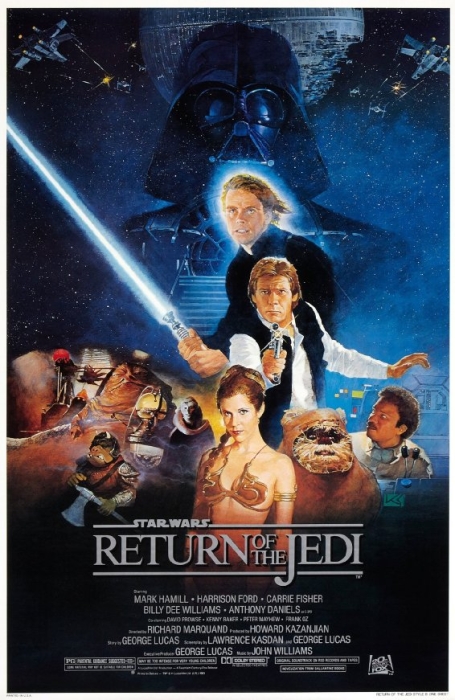 The celebration montage at the end. It makes sense now, in the context of the greater “saga,” so it’s fine.

The shameful Men In Black Music Video dance number in Jabba’s Palace. Also lose the shameful music change during the Endor celebration. Also also lose the terrible, no good, ridiculous, insulting, so bad I refuse to watch the “special edition,” scene in the climax of the movie, when Vader redeems himself…and Lucas spliced in a stupid “NOOOOO!” over the scene, completely and totally ruining the power of the moment. Also also also lose the Hayden Christensen cameo at the end. Nice guy, tough gig having to be remembered for trying to act his way through the prequels, but he’s not needed in ROTJ. Sebastian Shaw was just seen on the Death Star. Stop overthinking things.

Nothing. Almost every change in this movie was for the worse and the only one worth keeping is so minor you could take it or leave it and it’d make no difference.

I’m not in favor of yet another Star Wars special edition. I have the originals on DVD and VHS and Harmy’s versions on digital. But if Disney simply must, I hope they resist the mindset to “just give it all a new coat of paint” and instead release a truly definitive version…

Along side high definition versions of the unaltered trilogy as well. Becuase obviously. That goes without saying, right?