While this review will not contain outright spoilers, I will be discussing the movie in broad, general ways, and that might be too much for someone who hasn’t seen it and who wants to go in totally blind. If you’ve seen the trailers and a few commercials for the movie then there won’t be anything said here that will be new.

With that said…this one’s going to take a few more watches to fully process. 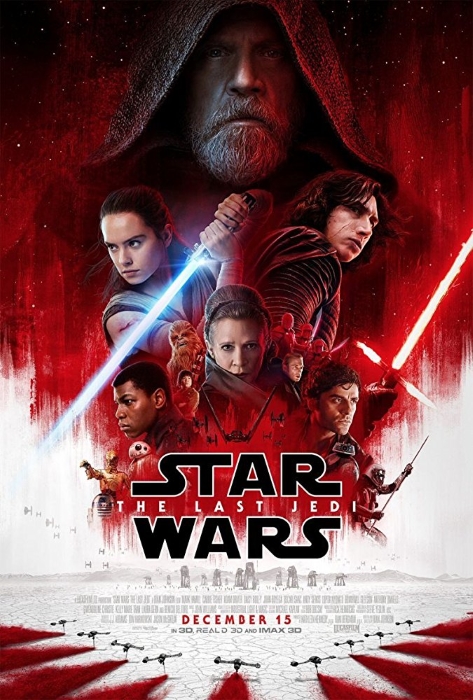 Tomorrow our spoiler-filled review will be posted and it will discuss all of the story-telling decisions, the twists, the answers to questions, the new questions, and so on. There’s a lot to unpack after this one, much more than in The Force Awakens.

The Force Awakens had a very different challenge in front of it. JJ Abrams was tasked with bringing Star Wars back, not only to theaters, but back to the collective consciousness of mainstream moviegoers:  Disney was targeting the fans who rushed out to see Episode I in 1999 and then turned Episode II into the lowest grossing film in the saga. They wanted the fans who gave up on Star Wars because it was no longer what they grew up with. JJ’s movie reflected that. It was a finely-tuned nostalgia machine, designed to tug the heart strings and make long-time Star Wars fans feel like kids again. It worked.

Was the movie perfect? No. Its characters are a little thin. Its plot is a little (okay, a lot) derivative. Basically every prediction you might have guessed going into it (Han dies, there’s another Death Star, there’s another nobody from the middle of nowhere that gets caught up in an adventure) basically happens.

And yet, I walked out of the theater in 2015 saying “ten out of ten!” because the movie, while not actually perfect, managed to mask its flaws behind the shiny veneer of nostalgia. The Last Jedi does not lean on the crutch of nostalgia. That’s certainly not a spoiler; pretty much the only thing that has been said in interviews with cast and crew is that the movie “moves forward” and “explores new ground” and “doesn’t follow the predicted pattern.” Fans criticized The Force Awakens as basically being A New Hope 2.0. That’s not without merit, but ultimately I think it’s unfair considering the circumstances.

No one is going to walk out of The Last Jedi saying “it was just another Empire Strikes Back.” 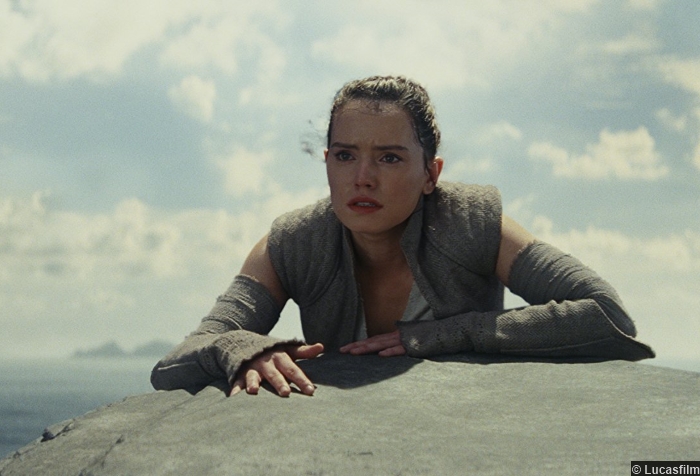 What that means is the movie going to have to stand entirely on its own two feet, and won’t be able to gloss over a clunky scene or a weak subplot with “look kids, it’s the Millennium Falcon!” The Last Jedi, like The Force Awakens, is not a movie without flaws, and those flaws are more noticeable because the film is more concerned with breaking new ground than it is leaning on the past. I walked out of the Force Awakens saying “ten out of ten.” Two years later I say it’s a “nine out of ten.”

I walked out of the theater tonight immediately saying “nine out of ten.” I think that’ll still be my rating in two-years time.

The two biggest lines in that two minute tease were Luke’s “This is not going to go the way you think” and Kylo Ren’s “Let the past die.” Those describe the movie in a nutshell.

Without getting into any plot details of any kind, I will offer three non-spoilery negative thoughts for those who have yet to see it…

1) If you are an older fan who loved the Original Trilogy, didn’t care for the Prequels, and never watched or read or took in any of the supplementary Star Wars media that’s been out there for thirty years, you probably loved The Force Awakens. It was a straight-forward, Lawrence Kasdan-penned, adventure film with enough mystey and world-building to give it a little intrigue. It’s an easy movie to like. That said, if you’re that kind of a casual fan, you might not love The Last Jedi as much. You’ll probably still really like it, and the pros will outweigh the cons, but you might find yourself walking—not running—to and from the bathroom during the middle of the movie. It’s less straight-forward adventure, and more a story-advancing, character driven, lore-exploring film.

2) The middle drags and the film spends a little too much time on one plot that ultimately is inconsequential to the endgame, and not enough time on another plot that is consequential. This is the longest Star Wars film to date, clocking in at two-and-a-half hours, but honestly it didn’t need to be. There’s a good fifteen minutes of fat that could have been trimmed. And in trimming, some other stuff could have been fleshed out a bit more. Really the screenplay felt like it needed one more draft to iron out a few kinks. It’s a very very good, and a times great film, but you can see the parts that could have been adjusted to make the final product amazing.

3) John Williams’ score is the most nostalgic part of the movie, but it’s also the one element of the movie that lacked much new to it. I didn’t hear any new major motifs from the maestro, the way he wrote several for The Force Awakens (notably, themes of Rey, Kylo, The Resistance, and the beautiful finale “Jedi Steps”). I think the score overall is stronger in The Last Jedi, and there were some great call-backs to past motifs, but there just wasn’t much new to it.

9/10 – If you are a Star Wars fan, then have an open mind, go in spoiler-free and see it for yourself. You’ll discover the same Galaxy Far Far Away is still there, but the story being told is completely fresh, bold, daring, moving and surprising.

It’s not perfect, but it’s a great next step in the Star Wars saga.