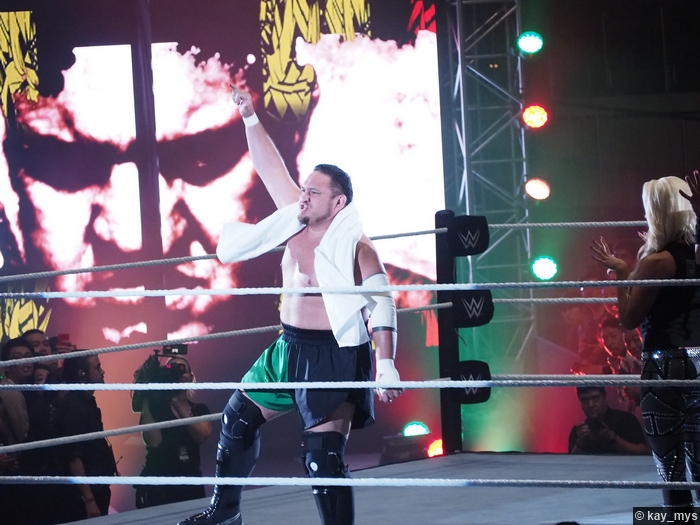 The 980th edition of WWE SmackDown LIVE came to you, live, from the PNC Arena at North Carolina State University in Raleigh, NC. After Daniel Bryan bested United States Champion Jeff Hardy in a non-title match last week to earn the opportunity, this week’s SmackDown LIVE would see the final spot in the Men’s Money-in-the-Bank Ladder Match filled as, for the first time ever in WWE, Daniel Bryan would go one-on-one with Samoa Joe in the final Money-in-the-Bank Qualifying Match. Which Superstar will join Braun Strowman, Finn Balor, The Miz, Rusev, Bobby Roode, Kevin Owens, and one member of The New Day in the Men’s Money-in-the-Bank Ladder Match? Speaking of The New Day, after an altercation with The Miz and Cesaro & Sheamus last week, The New Day would face the team of The Miz and Cesaro & Sheamus in a 6-Man Tag Match on SmackDown LIVE.