There really hasn’t been anything quite like the Marvel Cinematic Universe. An ignorant critic (or James Cameron, apparently) might say “it’s just a bunch of comic book movies and sequels and sequels and more sequels.” But that’s hardly fair. Including Infinity War there have been nine sequels in the MCU. Out of the nineteen movies in the franchise, only nine (less than half) have been sequels.

But consider how odd that sentence is. It’s a franchise of nearly twenty movies, but less than half are sequels. Don’t sequels make a franchise? The MCU is unique in that the “franchise” is the universe in which the movies co-exist. Until Infinity War, Dr. Strange and Iron Man never crossed paths, though they shared the same cinematic universe. Spider-Man never met Peter Quill before now, and yet we know they inhabited the same sphere of existence. It’s not like watching Superman (1978) and wondering why Vito Corleone is wearing an aluminum foil onesie pretending to be KalEl’s dad. Those are different characters who exist in a different universe. You can watch Tim Burton’s Batman and then watch Chris Nolan’s The Dark Knight and never wonder why Batman and the Joker don’t already know each other; they’re the same characters but exist in a different universe.

Never before (at least not on this scale) have so many different characters on film all inhabited the same universe. Dismiss it as “not a big deal” or as “an excuse to further sequelize Hollywood” all you want; that level of cynicism has lost sight of the accomplishment Kevin Feige and his team have done over the course of these past ten years.

And what’s more, before Spider-Man joined the fold, Kevin Feige assembled this crew using nothing but a bunch of B-characters (Black Widow? Hawkeye? Even Iron Man and Thor were losers.), box office disappointments (Hulk), or punchlines (Captain America).

KEVIN FEIGE BUILT THIS IN A CAVE…WITH A BOX OF SCRAPS!

And now, ten years after the first Iron Man film flew to half an improbable half-billion dollars , we get the biggest movie yet in the franchise. Six years after the first Avengers dropped a Thanos tease as a post-credit scene (something Joss Whedon tossed on a lark and made Kevin Feige say “hmm” about), we have the ultimate pay off. The big shebang. The almost-guaranteed two-billion dollar earner.

It used to be movies were for self contained stories and TV shows were for ongoing tales. Movies had sequels, sure, but for the most part they too were self-contained. Movie trilogies like Star Wars were different but they always had an endgame (movie three in the trilogy). The idea of doing a movie series like a TV series, with story after story after story building on the one before, peaking here and there but never ending…that was considered “anti-theater.”

Credit to Kevin Feige for saying “lets do Marvel movies the way we do Marvel comics: Stories that ebb and flow, peak and valley, build and add and then blow up in an epic, universe-shattering crossover special.”

Eleven years ago the idea was a joke.
Ten years ago Feige said “let’s try it”
Today the fruits of his labor are here.

In Captain America: The First Avenger, our hero encounters the Space Stone.
In Thor: The Dark World, we are introduced to the Reality Stone.
In Guardians of the Galaxy, we see the terrible might of the Power Stone.
In Avengers and Age of Ultron, the Mind Stone is central to the plot.
In Doctor Strange, the sorcerer supreme harnesses the power of the Time Stone.

For ten years these gems have been floating around the (Marvel Cinematic) Universe, each with devastating power that, if combined, could literally reshape the universe (for the worst).

And now…someone’s come for the set. 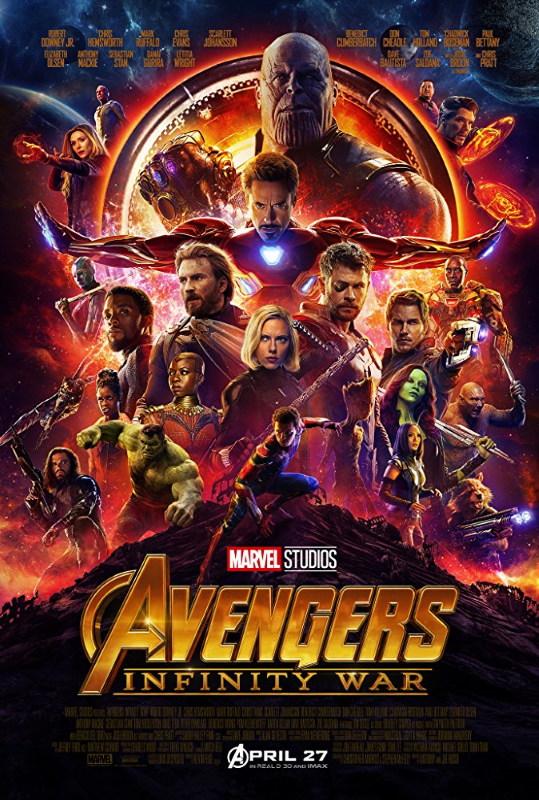 [click here for the spoiler filled review with thoughts and reflections]

DOES IT DO THE CHARACTERS JUSTICE
or are there just too many people?

Indeed the movie does a great job juggling its balls (so many balls, yall). One or two that you might think would have a big role instead are kind of left out of the center-stage, but I’ll say this: Almost every character’s best moment happens in this movie. Like what’s the coolest thing you’ve seen Thor do? Or Peter Quill? Whatever it is, it’ll be topped.

New characters stretch their legs along with old, there are some fun meet-and-greets, everyone shines. No one had a clunky line or a misguided plot they followed. There are a lot of things happening and a lot of people making things happen, but it’s never disorienting and it’s never overwhelming (in a bad way at least). 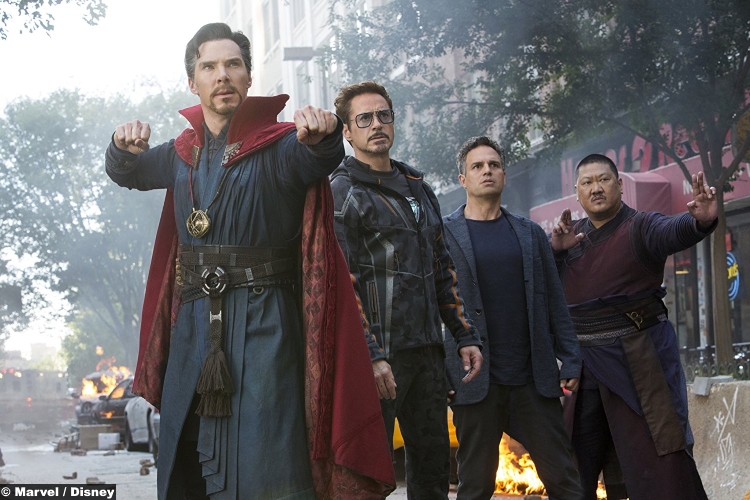 The movie has very strongly-defined acts, but within those three acts are key sequences and…moments? That word seems awfully small. The Russo Bros., who directed the picture (as well as Civil War and Winter Solider before it) said that Infinity War would have ten or twelve moments as huge as the “airport fight” in Civil War. That is not an exaggeration.

But despite so many colossal sequences, the plot and the story are never forgotten. There’s a purpose to the action, which gives the epic fights weight and drama, something many “action” movies fail to do. So to answer the question, yes there is a plot, a fantastic one in fact, filled with as many hilarious quips as it has impactful dramatic moments. The balls-to-the-wall action stuff is just gravy. 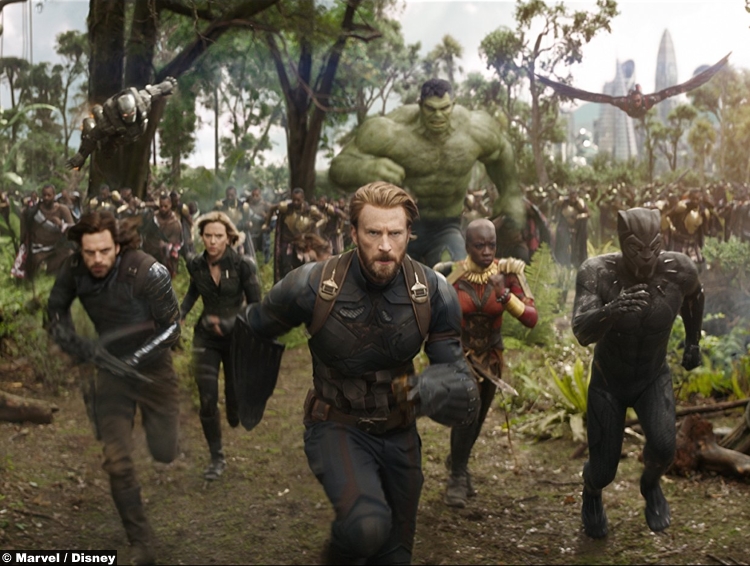 DOES IT FEEL LIKE A WORTHY CONCLUSION TO THE TEN-YEAR MCU SAGA
or does it buckle under the high expectations? 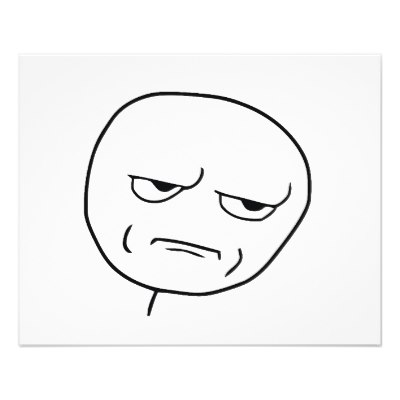 Yes it is worthy.

Although it’s not really a conclusion because this is comics come to life. And comics are like soap operas; characters come and go, stories ebb and flow, endings are not really endings, just stopping points to let you catch your breath before they ramp up the crazy all over again.

Like, I can’t even put into words what’s like to have seen this: I’ve seen great comic book movies before, but never have I seen a movie that does what comic books do: This was a classic “universe-upending crossover epic” like DC’s “Crisis on Infinite Earths” or Marvel’s own “Civil War” (the comic series not the movie). It makes the first Avengers movie seem quaint. I can’t believe they pulled it off, but they did. And the other half is coming next year.

So here’s to next year, I guess.

10/10 – Infinity War is not the “best, tightest and most perfectly fine-tuned” MCU movie; that honor still belongs to Winter Solider. What it is…is a cinematic achievement unlike any other. It’s the rare bird film that meets and occasionally exceeds it’s hype, does things that you’d never expect or even imagine, has fun, has heart and has heartbreaking drama. I can not wait to see it again.