Nintendo LABO Review: A new way to do *something* before you play!

Nintendo has released a new game for the Switch and it’s unlike anything you’ve ever…played? No, that’s not right.

It’s unlike anything you’ve ever…seen? Nah.

It’s unlike anything you’ve ever done. That’s it. 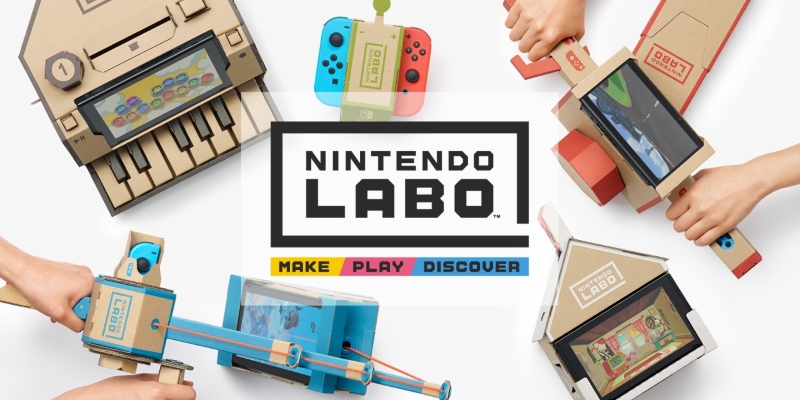 You’ve done a lot of gaming over the years but it’s always consisted of two hands on a controller, pressing buttons and staring at a screen. It’s an expected format to follow that is so ingrained in what it means to be a video game the idea of doing anything different would be crazy, no? I mean look at the innovations that have come to video games in the past forty years: From single-button Atari gaming to the game-changing D-pad and later the analogue stick (both credited to Nintendo), the basic formula of “look at screen and react” has remained constant. Even with virtual reality gaming via Oculus Rift or Gear VR, you’re still following the same “read and react” gameplay design.

With the Wii, Nintendo created a kind of fourth-dimensional playstyle, where you don’t just press a button and watch your in-game avatar react, instead you make a gesture and watch your avatar mimic you in real-time (or at least that was the idea). The novelty was revolutionary and the Wii sold like bananas.

The innovation grew stale quickly, however, and by the end of its lifecycle the little white Wii could be found sitting on a shelf in your grandmother’s house, passe and forgotten.

Nintendo tried to capture lightning in a bottle again with WiiU but it failed because it was either too much of what the Wii had already offered (and which people had moved on from) or it was not enough of the innovation they wanted to bring to the marketplace (off-screen gaming is good but not if you’re limited to a twenty-foot radius around the console).

With the Switch, Nintendo seems back to being a maker of hits again. It’s a system that does what people wanted the WiiU to do, achieving total home console portability. And for that reason (and a little something called Zelda), the system is flying off the shelves. But Nintendo is not content with patting themselves on the back and being just the maker of a portable console. There’s a lot that the Switch can do that—before today—has really not been explored. And as much as the company has talked about these things, they’ve not really found the right venue to get us to try them. 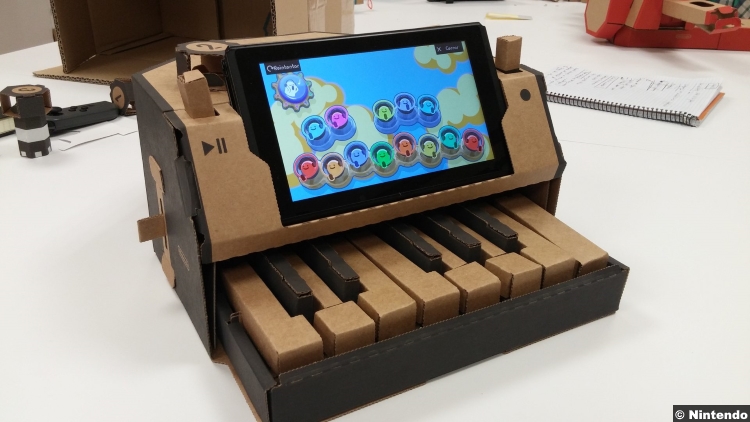 With Nintendo LABO, the video game behemoth is doing something not seen since the last time Nintendo did something radical: They’re giving us a new definition of “video game.” Here’s a game (the Variety Pack, that is) that will give you a good twenty hours of fun—the standard for video game length—but the catch is fifteen of those hours will be devoted to building the game you will play for the remaining five.

Strips of perforated cardstock allow you to shape and create objects that will interact with the joycon controllers. Build a fishing rod and go hunting for bass. Build a motorcycle and go riding. Build a piano and (go?) play. Where other games with a “build then do” mechanic would have you do everything in-game (RollerCoaster Tycoon and Sim City come mind), with LABO two-thirds of the game comes with you sitting at a table just building the darn things.

Is it perfect? No: Some of the builds are tedious, even to the point of frustrating. And when it’s time to actually play the games you worked so hard to set up, the results are sometimes…slight. There’s an initial burst of fun that comes with completing the task that began with a cardboard sheet, but after a few minutes (maybe half an hour) you’ll have experienced all the game has to offer. Then you’ll switch to the next game and repeat the process.

If you want to burn a whole day building and playing, you’ll do exactly that; you’ll burn a whole day and then, very likely most of your creations will be disassembled as carefully as possible (unless you have some pet-free/toddler-free zone where you can keep them) until your friends come over to let them have a few minutes of fun.

But at that point you’re better off with Snipperclips or the Quick Draw game on 1-2 Switch.

That’s the biggest knock—the replay value—but if you can get by that and just enjoy the fun that is to be had when it’s to be had, you will find yourself having more fun with cardboard than you’ve had since you were a kid with your parent’s refrigerator box. 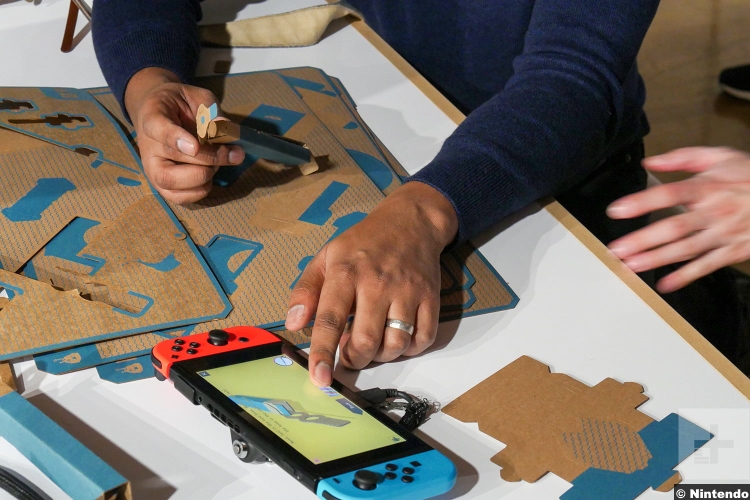 Bless you Nintendo for refusing to be like everyone else, for innovating when all others are content to pump out the same experiences with only a new coat of paint on top, and for always thinking “what’s a new way to have fun?”

“Here, put this headset on that completely detaches you from the real world so that you think you’re somewhere else. That’ll be $600.” 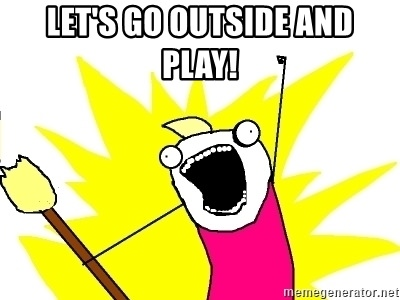 “Let’s create super-powerful and expensive games that immerse the player in virtual reality worlds so lifelike you won’t even know it’s not real.” 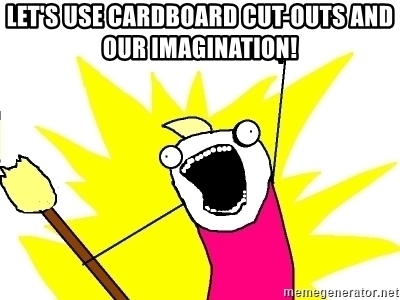 8/10 – It loses points for its poor cost-to-replay value and thin “gameplay” experience, but the concept is great and it has the Disney-esque (scratch that: Nintendo-esque) magic charm that makes the mundane delightful.