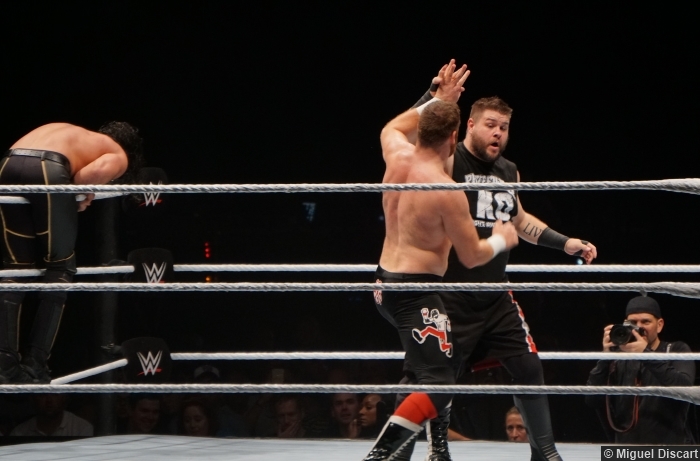 Five nights before Fastlane, the 968th edition of WWE SmackDown LIVE came to you, live, from the Resch Center in Green Bay, WI. Less than a week before he has the unenviable task of defending the WWE Championship in a Six Pack Challenge against Kevin Owens, Sami Zayn, Baron Corbin, Dolph Ziggler, and John Cena where the first Superstar to score a pinfall or submission on any other competitor in the match will be the WWE Champion, the reigning WWE Champion would be in action on SmackDown LIVE as AJ Styles would go one-on-one with one of his five challengers this Sunday, Dolph Ziggler, in a non-title match. Can “The Phenomenal One” defeat Dolph ahead of Fastlane or will “The Show Off” pick up some major momentum heading into the Six Pack Challenge with a win over the WWE Champion? How will the other four challengers look to make an impact before Fastlane?