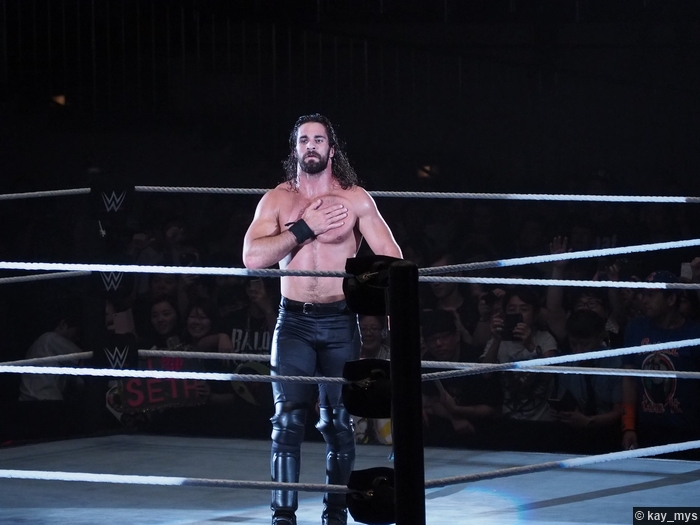 Man of the Hour.

Six nights before WWE Elimination Chamber, the 1291st edition of WWE Monday Night RAW came to you, live, from the Talking Stick Resort Arena in Phoenix, AZ. Before Braun Strowman, Elias, John Cena, Roman Reigns, The Miz, Finn Balor, and Seth Rollins step into the unforgiving Elimination Chamber this Sunday to compete for the right to challenge Brock Lesnar for the Universal Title at WrestleMania, those seven Superstars would compete in a special Gauntlet Match on RAW where two men will start and, when a Superstar is defeated by either pinfall, submission, disqualification, or count-out, another competitor will come out and this will continue until there is only one Superstar remaining and that Superstar will be declared the winner! Also, before the RAW Women’s Championship is decided in the first ever Women’s Elimination Chamber Match this Sunday, the six women who will compete for the title would be in a 6-Woman Tag Match on RAW as the team of Sasha Banks, Bayley, and Mickie James would face the team of RAW Women’s Champion Alexa Bliss, Mandy Rose, & Sonya Deville. Given the tension between Sasha Banks and Bayley following their match last week as well as this strange, uneasy alliance between Alexa Bliss and Mickie James, can both of these teams stay on the same page?