When this season of American Crime Story began it was hard to imagine how it would compare to the popularity and acclaim of its first season. If anything, this season had a much tougher job than the first, tasked as it was with proving if this type of show could maintain said quality in the long term while telling distinct and different stories each season. Part of season two’s success is how different it is to The People v OJ Simpson. Instead of the equivalent of a Law and Order episode stretched to ten meticulously researched and dramatic hours, The Assassination of Gianni Versace has utilised the fact that, as a genre, crime is an environment for expansive story-telling.

The last two episodes, the first centring on the murders of Lee Miglin and William Reese, and the second on the murders of Jeff Trail and David Madson, have kicked the season into high gear by putting the victims of Andrew Cunanan front and centre. Don’t Ask Don’t Tell finally puts the spotlight on Andrew’s first victim, Jeff Trail.

To say that Don’t Ask Don’t Tell is the best episode of the season may not mean that much coming from me, considering I felt the exact same way about the previous two, but that just goes to show what a hot streak American Crime Story is on at the moment. The story that is being told here, the different aspects that branch out from Andrew killing Versace, create a rich tapestry that the late designer would have been proud of, if he made tapestries that is.

Don’t Ask Don’t Tell’s main focus here is rejection filtered through the attitudes towards homosexuality in the early to mid-90s. It’s an episode of contrast, taking us through the different experiences that Gianni Versace and Jeff Trail went through when coming to terms with who they are.

We begin with Versace, as he reveals to his sister Donatella his plans to officially come out as gay through an interview with Advocate. So far, the Versace family, apart from Gianni’s death. Have been used to add flavour to the main story rather than be the main course themselves; which is surprising considering the heavyweight talent playing them. Gianni coming out here is used as a contrast to the fact that Jeff, living in completely different circumstances cannot. Of course, Donatella has her own suspicions about why her brother is choosing to come out now. Apart from rhyming off a list of ways that this revelation could hurt their business, something that didn’t actually come to pass, she outright accuses Antonio of using the it as an opportunity to achieve a kind of fame of his own, confirming in the process that these two never got along. Finally, Gianni shouts both of them down, saying that it was his idea, his decision, words that reverberate throughout the episode. 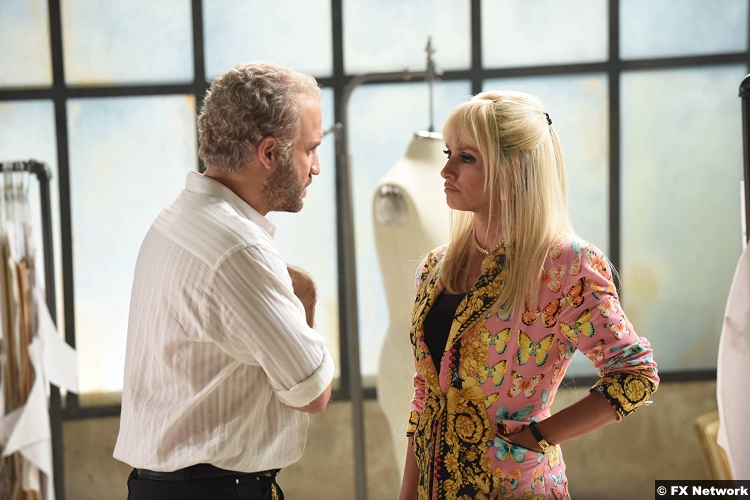 The point of Versace’s role in this episode is that he wasn’t rejected by the industry that made him a superstar. Before his death there was no other fashion designer whose image was as deeply connected to his brand as the clothes he made. He even became an icon in the gay community which is one of the reasons he came up on Andrew’s radar in the first place.

Jeff Trail is a different story all together. A decorated and respected Naval Officer, Jeff’s identity is just as defined by his career as it is his sexuality. The problem is that these two things are directly opposed to each other. Homophobia in the military was a such heights in the mid-90s that most gay officers hid their sexuality from their colleagues for fear of abuse. For Jeff this culminates in the bravest moment of his life, when he came to the aid of an officer who was being beaten to death because he was gay. Jeff admits in a 60 Minutes interview, in which his face is hidden, and his voice is distorted, that he wishes sometimes that he let the officer die: that way he could have stayed hidden. He eventually leaves the Navy because he can’t take hiding anymore, but that doesn’t mean that he can fully come out of the closet. 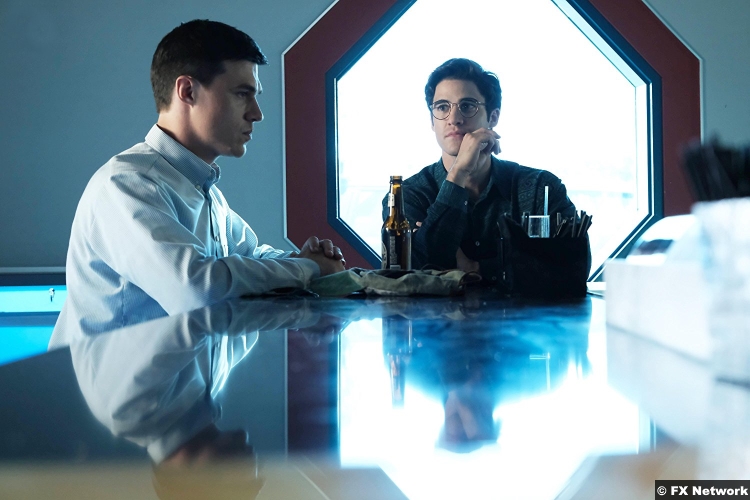 This is where Andrew comes in as we see his and Jeff’s first meeting. Andrew comes across as everything that Jeff wants to be: comfortable in the gay scene, confident, kind, and generous. It’s Andrew that points out the fallacy of Jeff having to hide in order to do the interview while the men against him and his gay colleagues are free to talk about killing faggots in full uniform. Andrew’s not wrong, although he is clearly manipulating Jeff into needing him more.

So, Jeff is rejected from what he sees as his true calling in life, he even keeps his naval uniform in a place of almost worship in his bedroom closet, if that isn’t symbolism then what is? Now it’s Andrew’s turn to be turned away from people he thought cared about him. After years of his lies and manipulations, he even sent Jeff’s father a postcard to try and out Jeff, he arrives in Minneapolis to see Jeff and David only to be continually turned away.

As well as these deep thematic discussions, Don’t Ask Don’t Tell also boasts the best performances of the season so far. Finn Wittrock, known for playing psychopaths on American Horror Story, broke my heart as Jeff. His turmoil and anxiety was palpable in a performance of tragically human proportions. He is the only actor so far that has come close to Darren Criss in terms of quality. 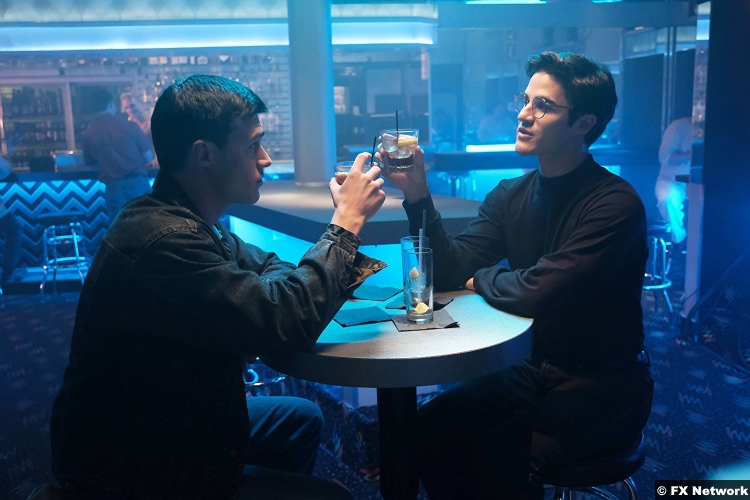 10/10 – American Crime Story continues to rewrite the crime genre’s rule book when it comes to adapting a true crime case. No other show has put this much effort into the killer’s victims, giving them full stories where other shows relegate them to gory crime scene photographs. Halfway through the season, and American Crime Story is already one of 2018’s most important shows.